"I Used to Live Here Once" by Jean Rhys : A Theme Analyzation

In the short story “I Used to Live Here Once “(Rhys, 1976), the underlying theme is about one woman’s spiritual journey after life. Theme is defined by Webster’s dictionary online as “a unifying idea that is a recurrent element in literary or artistic work.” [Webster’s]. The theme in this story is not immediately evident, but is hinted at subtly throughout the story and confirmed only in the final passage. Each element of literature listed in our text “Journey into literature “ including Symbolism, Character, Setting, Tone, point of view and Plot (Clugston , 2010) are all necessary components that guide the reader toward this final unified conclusion and leaves him or her with a sense of closure that is backed by a solid theme that has gradually built and developed as he or she progressed through the story.

The story begins in a serine, country setting with a woman crossing a river, Webster’s dictionary online states that a setting is “the environment in which something is set or the state of the environment in which a situation exists and the set of facts or circumstances that surround a situation or event” [Webster’s]. In the beginning of the story we read “She was standing by the river looking at the stepping stones and remembering each one.” This statement tells us where she is and that she has been there before, by starting the story this way the author has given us not only the setting, but also a hint of the tone. Webster’s dictionary online tells us that the tone is “the quality of something (an act or a piece of writing) that reveals the attitudes and presuppositions of the author toward the material and/or readers” [Webster’s]. So it is a very important piece of the puzzle that will ultimately lead to the defining moment revealing the theme.

As the plot unfolds we begin to get the picture that the woman is on some sort of journey. She is taking a trip down what seems to be a familiar path, yet along the way the author points out some notable differences. We are slowly being lead on a journey right along with the main character in the story and can come to conclusion that it has been a long time since she was here last. Statements such as “The road was much wider than it used to be” and “The only thing was that the sky had a glassy look that she didn't remember.” as well as “The screw pine was gone” (Rhys, 1976), give us important clues as to the changes that have taken place in her absence as well as the fact that we may be reading about something other than a physical journey or an average trip down memory lane.

This story is stalked full of great examples of symbolism, and without them I do not believe that the theme could have been conveyed so clearly in the end or that the overall tone would have carried as well. The first passage in the story tells about a point of crossing over a river, often in literature as well as general conversation death is referred to as “crossing over”, so that is a great use of imagery on the part of the author. The author also focuses a lot on the “glassy sky” “(Rhys, 1976) devoting two sentences to it, so we know that this is something that really stood out, however, glass often causes one to think of fragility as well as reflection, which are also both thing that we may think of when considering the transition from life to death. The final symbols in the story come in the very last passages, we are first told that the woman is calling out to some children in the yard who seem foreign to her and they ignore her and then take no notice even when she is close enough to touch them. Then we are told that the children are suddenly cold. Often when discussing the possibility of paranormal activity people refer to a chill or coldness in the area that the phenomenon is occurring, and that is not to mention the correlation between cold and death its’ self. It is at this point in the story when the character has a moment of truth and clarity and the author sums up the experience and gives us the theme by stating “That was the first time she knew.” (Rhys, 1976)

The authors decision to tell the story from a limited omniscient point of view “when the thoughts and feelings of only one of the characters are related through the narrator” (Clugston, 2010) was very important to the reader in understanding the theme. Without the intimate thoughts and memories of the woman we would never been able to understand what all of the symbolism meant or even been given the final moment of clarity that brings it all together. Had the author chosen an omniscient point of view, meaning she describes everything going on with every character, I believe we would have been so overloaded that we may have missed some valuable points and I do not think that anything that could have been added from the other characters would have carried much relevance towards the theme. On the other hand, first person point of view would have narrowed the reader’s sights and may not have given as much of an impact for the final revelation.

This story gently led the reader down a winding path of spiritual discovery. The plot flowed along smoothly and the symbolism only intensified the reader’s reaction towards the main character. The setting helped create the tone and prepare the reader for what may lay ahead and in the end the theme clearly stood out. The journey from beginning to end leads the reader and the character to one major conclusion, she is dead.

Take a peak inside these great books at amazon for free!

The Blue Hour: A Life of Jean Rhys
Buy Now 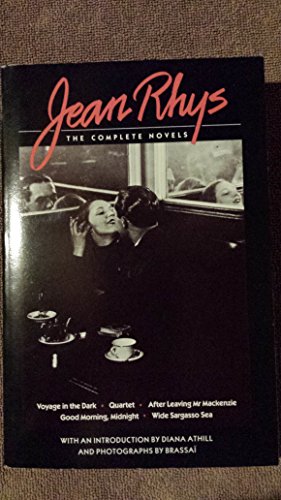