Initially just a try out character in a book Marvel were about to discontinue, from 1962 Spider-Man has become arguably the most well known and beloved super hero of modern times. Below i will list in no particular order the key books in Spider-Mans history both in terms of importance and value.

It is impossible to overestimate the importance of this comic book, it is the most important and valuable comic book from the 1960s. Published in August 1962 Amazing Fantasy 15 features a cover drawn by Jack Kirby and interior artwork by Steve Ditko, originally Stan Lee who came up with the idea for Spider-Man asked Jack Kirby, Marvels senior artist,to draw Spider-Man. Not happy with the way Kirby drew Peter Parker, feeling that he looked too heroic for a teenager, Lee gave the artist duties to Steve Ditko and the character never looked back.

Released in March 1963 this is Peter Parkers' first appearance in his own title.

A very valuable and important book, Spider-Mans most well known nemesis the Green Goblin makes his debut in this Marvel classic. It would be another 25 issues before it would be revealed that the Green Goblin was Norman Osborn the father of Peter Parkers best friend Harry Osborn.

Probably the second greatest villain in the Spider-Man books Doctor Otto Octavius better known as Doctor Octopus makes his bow in this issue from July 1963.

Curtis Connors a war veteran who has lost an arm in the war begins experiments on regrowing limbs using himself as a guinea pig. Although successful regrowing his arm, the effects of the serum cause Connors to turn into a maniacal giant lizard. The Lizard has become well known to the general public due to his appearance in the recent Amazing Spider-Man movie, he is seen for the first time here.

By issue 39 Steve Ditko had left Marvel and John Romita had taken over the art duties on the title. Issue # 50 has one of the most iconic covers known " Spider-man No More " it sees the first appearance of the top villain the Kingpin, Wilson Fisk, a bad guy that is not only seen in Spider-Man comics but Daredevil also. 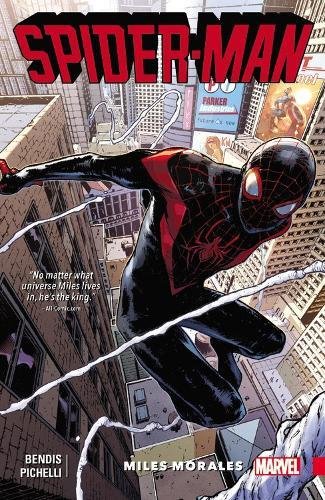 These two issues tell the story of the death of Peter Parkers girlfriend Gwen Stacy and the death of his arch nemesis the Green Goblin. Quite shocking for the time as the death of a major comic book character had never happened before.

Frank Castle ( The Punisher ) storms into the Marvel universe in this issue. The Punisher would go on to become one of Marvels most popular characters especially with more mature readers and there has even been two ( both quite poor ) movies made about him

Published in May 1988, issue 300, which incidentally is the 25th anniversary Amazing Spider-Man issue, has become a modern comic book classic introducing the major villain Venom.

Probably the best known of Spider-mans girlfriends, MJ, Mary Jane Watson is shown for the first time in this issue, although she had been mentioned before in previous issues, she makes quite an entrance.