The women of Shakespeare’s plays are an interesting subject matter and Portia is one of the most discussed and interpreted female characters produced by the Bard.

This paper will consider Shakespeare’s depiction of Portia. An essay of this type would be incomplete without a brief account of the role of Elizabethan women along with a broader exploration of Shakespeare’s representation of female characters. Further, this paper will consider whether the male guise which Shakespeare foists upon Portia provides her with a stronger voice, a stronger sense of identity and freedom or conversely whether it detracts from the positive. It is submitted that Portia is a complex character with attractive and unattractive qualities and she both reflects and challenges Elizabethan notions of womanhood.

Many times Shakespeare has portrayed women as lightheaded, unintelligent and weak. Hamlet famously declared “frailty thy name is woman” Hamlet (I, ii, 146). Yet interestingly much of Shakespeare’s work was written whilst Queen Elizabeth 1st was on the throne. It is well documented that Elizabeth's dexterous political skills and strength of character were directly responsible for putting England on the road to becoming a world renowned economic and political power. Elizabeth was also successful in her efforts at restoring national pride after years of turbulence had all but put paid to it. Elizabeth was a truly liberated woman; educated, forward thinking: she even chose not to get married or have children even though she was not short of suitors. It is not surprising then that some have likened Portia to Elizabeth.

It would be unfair to suggest that Shakespearean women were all portrayed in a negative way because Portia is by no means on her own. ‘In Much Ado About Nothing’, we find a feisty, quick-witted, bright character in Beatrice, and it must be said that Rosalind in ‘As You Like It‘, and ‘Viola in Twelfth Night’ are illustrative of powerful females in the ways in which they are in command of and manipulate the action. Rosalind is truly sharp, and strong of character, long-suffering, and reveals unwavering integrity. Furthermore she is able to mount a staggering defence when wrongly charged with treason. Viola, too, is intelligent and very much in control; hence by acts of clever manipulation she is able to win the hand in marriage of the man she has chosen and perhaps the strongest of all is Lady Macbeth. Portia is very much akin to them and this is clearly demonstrated throughout the play and most clearly by her control over the final scene of The Merchant of Venice .

Portia is a wealthy woman and her father had left a clause in his will that a suitor should come forth and marry her by lottery; picking the correct casket. Portia had already in her mind the person who she wished to marry and with the help of her friend Nerissa in Act three scene two. Portia is able to cunningly give clues to Bassanio as to the right choice, whilst the casket is being chosen, the words of the song (verse one) rhyme with lead. In the second verse, “fancy dies”, presenting Silver and Gold as attractive. However their attractiveness is not important and “dies” another clue cleverly given by Portia. This in itself offers a certain insight into her feisty independent spirit. For Bassanio and others, Portia undoubtedly represents good fortune as whichever of her suitors picks the correct casket will take her hand in marriage, gaining a beautiful and desired woman with untold wealth thrown in as a wonderful bonus. “In Belmont is a lady richly left, and she is fair and fairer than that word act .

We are reminded at many junctures that Portia has a voracious appetite for life. She comes across as lively and intellectual and has a witty ability to humour people. This is exemplified in the trial scene in act four scene when Shylock is humiliated and in danger of ruin, “what mercy can you render him Antonia?’’ This evokes laughter from the audience both in the scene and those watching. In the trial scene her scholarly knowledge enables her to set up a trap for Shylock into, which she lures him. With perfectly timed execution she delivers her quality of mercy speech showing herself to be sympathetic and wise. This speech shames him in the eyes of the audience.

As presented above Portia illustrates and is a key representative of female liberation However when placed under the microscope we begin to see her in a different light generating questions such as does Portia open up female liberation or Is she really confined by Shakespeare to the dominant constraints of the male world?

Portia is both observant and evasive, techniques which provide a vehicle into the male world a place she must enter in order to free Bassanio, “when we are both accoutred like young men I have within my mind a thousand raw tricks“. Act three scene three. However, when closely looked upon it can be seen that Shakespeare is allowing her into the protected domain strictly for the purpose of helping out a fellow man.

Portia may be placed upon the pedestals of intelligence and wit but there are times when neither of these traits could properly be ascribed to her. When the African prince of Morocco arrives in his skin colour halters her from wanting him from being her suitor in Act two scene one, “mislike me not for my complexion” a factor which would deter her from wanting to marry him. He has to prove he is equal to the other suitors by comparing his blood. “let us make an incision to prove who’s blood is reddest” just to make him on the same sartorial level as any of the other suitors. Here Portia is a contributing factor to racial discrimination, and though the discrimination exhibited here may not have been as overt, public and humiliating as that involving Shylock, nevertheless it is still unacceptable. This surely raises the question as to whether freedom and liberation really do reside in her.

Portia can also be seen by critics as subordinate, no doubt she is polished, defined and attractive but yet still she is limited in her freedom of choice. Her wealth and attractiveness still does not afford her the freedom to pick whom she wishes to marry. “I may neither choose whom I would nor refuse whom I dislike.” Her polished and defined character and wit enables her to speak out for Bassanio but only dressed up in a male guise. In act four where Portia is dressed up as a man she is presented positively than some females in Shakespearean plays but it is almost apologetic, that even though a top female with authority, wealth and status she is still powerless to the male dominance of her time “O me the word ‘chose’! I may neither choose so is the will of a living daughter curbed by the will of a dead father” . Some might say that what Portia actually achieves is the subordination of women. Her failure to challenge the prevailing stereotypes is collusive and so in this regard she is anything but the heroine. Portia may be considered vengeful as she sets up Shylock in the final scene with her quality of mercy speech. This has had critics arguing over whether she had planned Shylocks humiliation and demolition, or whether she was genuine in allowing Shylock a chance to render mercy on Antonio ‘‘we do pray for mercy and that same prayer doth teach us al to render mercy.’’ My view is that she planned it because the cool, structured manner in which she executes it suggests that she had been planning it. She shows her though side again in the ring scene in act five.

Taking account of all of the above it is perhaps fair to say that perceptions of Portia as a heroine care undermined when she is looked at in detail, furthermore, it begs the question of whether it was Shakespeare’s intention to portray her as a feminist or to show her as a misogynist?

Through Portia Shakespeare raises many questions. Portia is contradictory in many ways; highlighting the positive and the negative sides of human nature, perhaps reminding the audience that she is only human. Whether Shakespeare has set this up deliberately is unknown however; Shakespeare has been able to highlight the gender issues of the Elizabethan era but of contemporary times as well its odd how little has changed with the ring plot scene in Act five, we are shown that men do not see their promises to women as serious as women do, Gratziano calls his rings ‘poultry’. Bassanio says he holds Antonio above his wife, “but life itself ,my wife and all the world are not esteemed above thy life” shows the little significance had for their wives. Shakespeare’s articulate and intelligent writing has brought Portia alive.

It ought to be remembered that Shakespeare was a wise businessman he wrote his plays in such a way to capture the widest possible audience; everyone from the poor peasant standing at the front of the theatre to the highest nobility who sat in the most expensive seats in the royal circle. On a purely practical note, perhaps Shakespeare was troubled by the fact that if he had created a character who was too liberated, too unfettered and too much of a feminist that he might alienate potential audiences. Ultimately Shakespeare presents Portia as a complex and multi-faceted character; clever but submissive witty female; intelligent male and it is this duality that has inspired and fuelled debate. 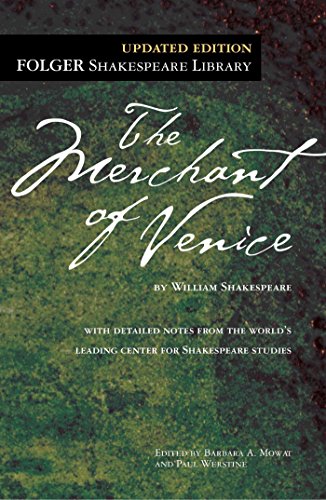