Shakespeare's Sonnets Online - Sonnet 18 "Shall I compare thee to a summer's day?"

Here you will find a bit about Shakespeare and his sonnets, an introduction to Sonnet 18, the verse itself and online links related to it for you to enjoy.

There are a fair few links, so feel free to dip in and out as and when you are in the mood and find you have the time. The links vary in both mood and duration, so you should always be able to find something!

William Shakespeare's Sonnet 18 (or XVIII in traditional roman numerals) is part of a collection first published in 1609 which was dedicated - very mysteriously - to "Mr W. H." There has been a lot of speculation about who this person might be, how closely he might be reflected in the sonnets, and what his relationship - if any - was to Shakespeare. Is Sonnet 18, often quoted by lovers, actually addressed to him?

Perhaps Shakespeare had a personal relationship, even a romantic one, with Mr W. H. or perhaps Shakespeare was exploring characters, letting his creativity flow at a time when playhouses were often closed due to the plague and sonnets were a popular form of court entertainment.

In other words, Shakespeare's Sonnet 18 may or may not be:

a) about W. H. - it might be that he is thinking of another real person;

b) about himself - it might be that Shakespeare is creating a character's voice as he does in play-writing;

c) connected to any real person - the poet's voice and the beloved addressed may both be creations of his fertile imagination!

A great and fairly condensed overview of Shakespeare's sonnets

Perhaps we can learn about Shakespeare's life from texts like Sonnet 18, but he created so many different characters, voicing so many different opinions, that reading his work as autobiographical is actually rather difficult and throws up a lot of questions - you can start exploring some of these with help from the links on the right.

Is there anything we CAN know, then?

Surely, with so much text to read, we can know something about Mr William Shakespeare?

While there is not as much biographical evidence about him as people might like, there are facts known about Shakespeare - the links to the right can help you get started on these.

But what can we gain from his actual work?

We can tell that Shakespeare was a fantastic writer, able to describe the world and breathe life into characters through fascinating ideas and through rich language that engages, entertains and stimulates.

Below are various recordings for you to explore, but here is the full poem to read for yourself - and reading aloud is always a good idea with Shakespeare:

This beautiful sonnet is one of those which say that the person being addressed will be immortalised in Shakespeare's verse - as is stated in the last two lines:

So long as men can breathe or eyes can see,

So long lives this [the sonnet] and this gives life to thee.

Poems often draw on nature and love poems often describe the beloved in terms of the beauties found in nature. Shakespeare starts by asking if this is what he should do, and then plays with the idea - rather than say how wonderful summer is with its colourful blooms and cooling breezes, and how like these joys his loved one is, he chooses a different path, making the beloved even greater than the beauties of nature - quite a claim!

This article, though, is not going to analyse the poem for meaning - there are many such sites for you to explore and some are listed below. Rather, here you will find helpful links for enjoying Sonnet 18 directly.

So, explore the links about analysis below if you are having any difficulty in understanding the meaning of Sonnet 18, but I would encourage you to do this after you have listened and watched the following gifts.

Experience it for yourself!

As above in Venus, you can see Shakespeare's work alive and well in other quarters too. Shakespearean actor Patrick Stewart (whose Prospero I was lucky enough to enjoy live!) is a great one for weaving Shakespeare into this tv hit:

Patrick Stewart in a Star Trek 'Shakespeare Medley' [3:45] - Sonnet 18 is quoted in this funny sequence, along with other Shakespeare lines (and more)

And on a different note, this tv series was inspired by Sonnet 18 for its title:

The Darling Buds of May, with Catherine Zeta Jones [10:00, with links to more]

Because of the rhythm of Shakespeare's verse (see Shakespeare's Verse: Iambic Pentameter - It's Easy!), people are often inspired to explore his lines using music:-

"Sonnet 18 Song" as created by pupil 'Myuzikbeanz' to help her memorise the lines [2:03]

Returning to Sonnet 18 itself

Hear are a few actors with their own ways of reading the poem:

See what else you can find - why YouTube even has Sonnet 18 in Maori!

Does Sonnet 18 work for you?

Does this poem immortalise the one it addresses?

Do you agree with the people who have kept Sonnet 18 alive and in people's minds?

Is this your favourite sonnet? If not, what is?

Now, were you looking for those analyses of Sonnet 18? 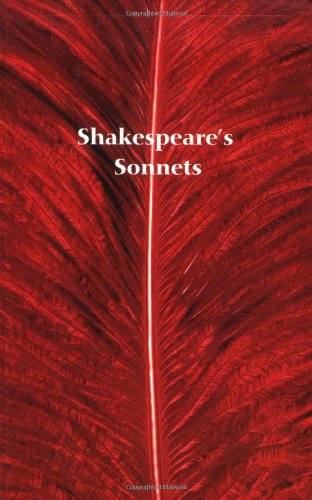 That promised help with meaning

Sonnet 18 in modern style next to the original

Poem analysis - "Shall I compare thee to a summer's day?"

Includes notes on context and structure