Sherlock Holmes - Comparing the Movie and the Book

The Main Differences Between Movie And Book

The character Sherlock Holmes is quite a charming fellow. In the book, Sherlock is witty, calm, resourceful, and full of knowledge. In the movie, Sherlock tends to have a slightly more aggressive approach to things, he is very blunt, and though he is extremely smart, and thinks things through, he still gets caught up in it all. Sherlock is a sucker for the ladies, and will try his hardest to find out the answer to a mystery if it involves a lady. In both the movie and book, Holmes follows his persona; a pipe, magnifying glass, and his signature jacket. Though, in the movie, Holmes did not wear his trademark hat, instead it was more or less business-man like.

Sherlock most likely has ADHD, or at least appears to in the movie. He cannot focus on anything for the life of him, and he tends to blurt out anything that comes to his mind. The Holmes in the book tends to be more self-oriented, calmer, quieter, and the reader can follow his thought process. In the movie, Holmes had to stop periodically and make sure the viewers were on the `same page` as him. 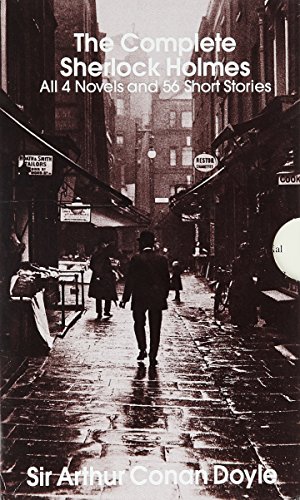 The Time Period of Sherlock Holmes

Both the movie and the book take place in different time periods. In the movie, the time period is set in the 1890s to early 1900s, around the industrial revolution. In the book, the time takes place earlier than that of the movie because there is no mention of vehicles. Another hint at this time difference would be what the women wore. Though what women wore was quite close, the colours were either too bright or too plain for whichever time.