A Statue of Sir Walter Raleigh

Sir Walter Raleigh’s birth has been highly debated and remains unknown although most people suspect he was born in South Devon, England in 1554 (Damrosch 1163). As a young man, he developed a disgust for Roman Catholicism and became devoted to Queen Elizabeth I’s Protestant religion (Jokinen). It is believed that he first got the Queen’s attention not only by his handsome face, and tall stature, but by the way he served her. One time, there was a puddle on the street where she was walking and he swiftly took off his cloak and placed it on the ground so that her feet would stay dry (Mills)! Following this act of humility, he quickly became one of the Queen’s favorite people. She made him captain of the guard, gave him a license to wine, and even presented him with a beautiful house in London (Mills). Many of Raleigh’s poems seem to describe his relationship with the Queen and his belief in “political petrarchism,” that women had most of the power. Later, on the request of the Queen, Raleigh went on several expeditions to the New World and attempted to establish a stable colony on Roanoke Island but failed due to poor planning and insufficient funding (Sir Walter Raleigh).

Not long after his adventures in the New World, he fell out of favor with the Queen due to a promiscuous love affair. He developed feelings for a young woman named Elizabeth “Bess” Throckmorton who was one of the Queen’s beautiful ladies-in-waiting (Sir Walter Raleigh). The two kept their love for each other a secret and married without the permission of the Queen (Sir Walter Raleigh). However, a year later, Queen Elizabeth found out and imprisoned the couple in separate quarters in the Tower of London (Damrosch 1163).

Luckily only a few months later, the Queen released the two lovers and Raleigh went out to explore Guyana and Venezuela. He sought gold and the legendary city of El Dorado but unfortunately was unsuccessful (Damorosch 1163). Throughout this time of exploring, he wrote his famous Discovery of the Large, Rich and Beautiful Empire of Guina and told of the adventures and struggles he faced while on his journey.

When the Queen died in 1603, King James I took over and Raleigh became a suspect of treason (Mills). He was accused of participating in the “Main Plot of Lord Cobham” with the ultimate goal of assassinating the people in power and filling their positions with others they deemed fit to lead (Mills). Unsure of Raleigh’s loyalty, King James put him on trial and eventually decided to imprison him a second time in the Tower of London (Mills). Raleigh spent 13 years in the tower and wrote most of his poems and prose and also composed The History of the World while waiting to be released (Mills). After being granted his freedom, King James sent him on another expedition to South America but when he returned empty handed, he was executed on October 29, 1618 (Damrosch 1163). 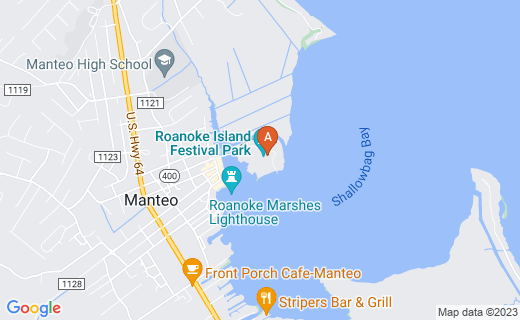 This is the part of the New World that Raleigh attempted to colonize.

The Effects of His Writings

Sir Walter Raleigh became the author he was because of the good times and struggles he experienced in his life. Through his favor with the Queen, the intense love he experienced with his wife, and his adventures to the New World and parts of South America, he wrote many engaging, pleasant poems and stories. His writings were not all happy though because he also recorded much of his frustration, anger, and impatience at being imprisoned under both the Queen and the King. His writings express the emotions he was feeling and “much of his poetry is occasional, written to address the circumstances and the moment in which he found himself” (Damrosch 1163). He was a confident man who was unafraid to write what he thought and remained a free thinker despite being imprisoned for so many years.

Do you think that King James I treated Raleigh fairly or was he so concerned with keeping power of the throne that he made a hasty decision to imprison him?

A Portrait of Raleigh

Sir Walter Raleigh lived a unique and exciting life. When I was researching his history and how he became a writer, I was amazed at his rebellious and independent side. He married a woman behind the Queen’s back and was involved in a conspiracy to overthrow King James. In the end, he was a man of great courage up until his death when he asked to see the ax that would behead him, saying, “Let me see it. Do you think I am afraid of it? This is a sharp medicine, but it is a physician for all diseases” (Sir Walter Raleigh). I admire his passion for adventure and his willingness to try new things. Because of his interesting character, I would like to read more of his work besides just a few isolated quotes.

His “realness” as an author and his ability to clearly express himself and his feelings makes him a writer I would recommend. He is relatable and lived a life worth studying!