Snow Crash vs. Neuromancer: Dystopian Cyberpunk Battles It Out In Cyberspace

With its focus on computer/tech-based society, corporatization of pretty much everything, and weak – or at least small – governments and nations far more based on the globalized economy than their own, Neal Stephenson’s Snow Crash is most certainly ‘Cyberpunk’. It is so ‘most certainly’ cyberpunk that a failure to compare it the grand-techdaddy of cyberpunk, William Gibson’s Neuromancer, would only lead a reader familiar to the genre to believe that you must’ve slotted some dirty street grade microsofts at the least, or possibly have been burned by some seriously military-grade ICE.

Snow Crash in itself is often seen as a parody of the entire cyberpunk genre, let alone Neuromancer - but despite its often humorous and over-the-top nature, it is more than unfair to simply dismiss it as a silly work – without recognizing the deeper themes, language, and narrative frameworks that were born into the genre through Neuromancer. There are specific staples, or tropes, that are so inset in the genre that its sometimes difficult to pick one from the other, but it is my intention to specifically tie the two works together – to show Snow Crash as the revisionist work that it is, that it’s not specifically ‘Cyberpunk 2.0’ as some have called it, but a more readable Neuromancer 2.0 that’s more closely tied to the science fiction greats (and addresses the underwritten issues much better) than Gibson likely would have liked.

Which did you prefer?

While the most direct (and obvious) connection lies in the two (arguably) main characters in either novel, I’d like to put that to the side for a moment and address what draws me to both of these novels. Attitude. Neuromancer is raw, gritty, and dirty. It deals with nasty people doing nasty things to each other and takes that street grimy kill or be killed, black vs. blacker, there are no rays of sunlight in our neon-reflected perpetually dark-slash-smog enshrouded skies. Its characters walk the walk, talk the talk, and even the most skittish of them show little to no hesitation when it comes to backing themselves up with action. It’s in the clothes that they wear, the choices that they make, and the water that they drink (assuming that that too isn’t made out of soy, like most of the food seems to be). Style over Substance, Cowboy.

It’s this style that most speaks to me, in Stephenson’s writing. In Neuromancer, it was the characters and their actions that delivered this style of being, but in Snow Crash – Stephenson paid tribute to Gibson’s world so strongly, so directly, that it absolutely embodied his writing, and every single bit of text. Snow Crash was written in the eff-it-all, I’m going to do this my way kind of approach that Gibson’s Case would have written a book, if Case had been a character with enough dimensionality to have the slightest bit of a sense of humor, that is.

From the moment that Snow Crash opens, this style is apparent. “The Deliverator belongs to an elite order, a hallowed sub-category. He’s got esprit up to here. Right now he is preparing to carry out his third mission of the night. His uniform is black as activated charcoal, filtering the very light out of the air.” (Stephenson, 1) The Deliverator, Stephenson’s Hiro Protagonist, is that same master of his own element that Gibson’s pre-burn Case is, but that cocky style comes straight at us through the direct language that Stephenson uses, instead of simply through Hiro’s actions (not that his actions aren’t cocky).

The simple use of language itself in Snow Crash leads itself to argument towards a revisionist view of Neuromancer. Gibson created (or was credited with) meanings, codes, and words that didn’t just have relevance in science fiction, but have since carried over to our everyday understanding of the world. Cyberspace, for one – is heard every day in the news and conversation, in both literal meaning and just a raw, general understanding of the global computer network. Despite the fact the Snow Crash labels its ‘Street’ as the Metaverse, this understanding of what it is, what it means, and the capabilities of it were codified in Neuromancer. The ‘naming’ of the thing was already done, brought into actuality by that simple act – all that was left for Stephenson to do, was to illuminate the particularities of his world’s version. Where Gibson had his Construct, Stephenson has his Avatar – but the concept was already there. While Gibson’s heavy Cyberspace users had implanted wetware, simstim tech, and microsofts – Stephenson wrapped it all up into his mobile combo sysadmin/network hub Gargoyles. It was Stephenson’s use of the existing concepts and conventions created within Neuromancer that allowed him to tell his story the way that he wanted to tell it, to develop the revised and expanded re-envisioning as he wanted – with the freedom to further attack the issues that he desired, without having to sludge through the task of formulating the often teeth-gritting ‘origin story’. In Daniel Chandler’s ‘Semiotics for Beginners’ he states that “The concept of intertextuality reminds us that each text exists in relation to others. In fact, texts owe more to other texts than to their own makers” – Stephenson both pays tribute, and owes a great deal to Neuromancer for providing him the vehicle in which to deliver his story, as well as its message.

As far as the ‘message’ is concerned – Stephenson notably made use of his freedoms, thanks to the language already being codified, to deliver an admittedly much stronger ‘beware our possible state-of-affairs’ statement than Gibson did – but the themes were most certainly there in both. The corporatization of nations, governments, and pretty much everything else were staples of both novels. While Gibson’s commentary on the topic was more inferred between the lines and had to be read into, Stephenson revised the angle into his more direct concept of things such as burbclaves, franchulates, the spam-densification of logo advertisements into loglos, and even the re-organization of the criminal underworld. Even Gibson, himself, has confirmed this inferral – in a recent interview with “the Paris Review”. He states, “There’s deliberately no textual evidence that the United States exists as a political entity in Neuromancer. On the evidence of the text America seems to be a sort of federation of city-states connected to a military-industrial complex that may not have any government controlling it. That was my wanting to get away from the future-is-America thing.” In Neuromancer, the only sign of ‘America’ is a brief mention of an almost-war, while in Snow Crash, what’s left of the United States government is just what’s left in some sort of small federal enclave called Fedland, that just operates (like everything else) as a corporatized business that hires itself out as a computing giant. [And while we’re on the topic of computing giants, I just had a stray thought about Gibson’s microsofts and one of our own very real computing giants.]

‘Better, stronger, faster’ is a very important Gibson theme that Stephenson plays strongly into Snow Crash as well – whether it’s YT’s constant board upgrades, or Hiro’s gradual progression into gargoyledom. It’s tied directly into the gritty survivalist viewpoint of Neuromancer’s characters and their necessity towards being seen as able to take care of themselves and again, addressed and revised in Snow Crash in the following passage: 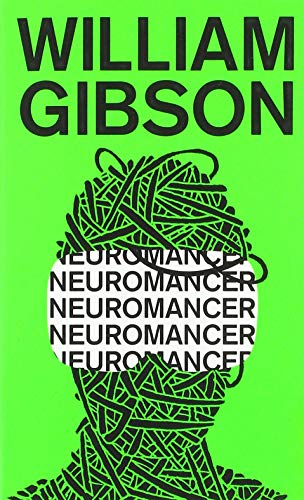 “Until a man is twenty-five, he still thinks, every so often, that under the right circumstances he could be the baddest motherfucker in the world … Hiro used to feel that way, too, but then he ran into Raven.” (Stephenson, 271)

In terms of characters, Gibson’s Case becomes Stephenson’s Hiro Protagonist, both past their prime hackers, seeking initially to merely improve their lot but given to chance to change the world for the better, whether they make use of the opportunity, or not. The Molly Millions/YT pairing, as the physically superior protective/action archetype, is just as unmistakable. While the A.I. Wintermute and Hiro’s Librarian construct are less of a direct correlation, they’re both there as the somewhat mystical and all-knowing source of metaphysical knowledge and direction.

While there is definitely more purpose in Snow Crash’s conflict versus the various ‘big bads’ than Neuromancer’s ‘bad versus the badders’, it is certainly there. I’ll simply state again that if it weren’t for the original groundwork laid by Gibson - Stephenson would never have had the tools to adapt, overcome, revisit, and more strongly expose (in a much more ‘readable’ state) the sometimes more hidden messages in Neuromancer. It’s the absolute truth that what every (good) parent wants nothing more than, is to give their children a much better life than they had; and in this case, Neuromancer was a very good parent, whether it meant to be, or not. 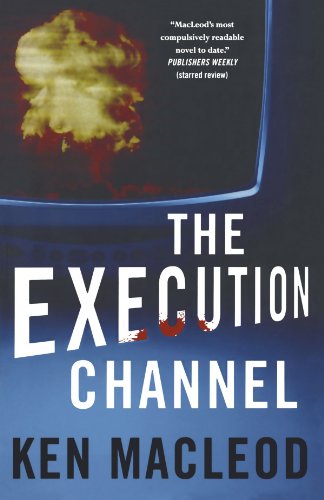