Social allegory in 'Once Upon A Time' by Nadine Gordimer

Nadine Gordimer’s “Once Upon a Time” is told in the format of a children’s story. In fact, the opening paragraphs of the story introduce it as a bedtime story. In response to a rise in crime in her area, the narrator told herself a story to help herself fall asleep.

The story outlines the life of a family in the suburbs for whom measures designed to protect them only serve to isolate them from the rest of the world and do more harm than good. Often, the barriers people erect to keep themselves safe are only successful in creating a false sense of security which is shattered by great tragedy.

Read this and other short stories by Nadine Gordimer 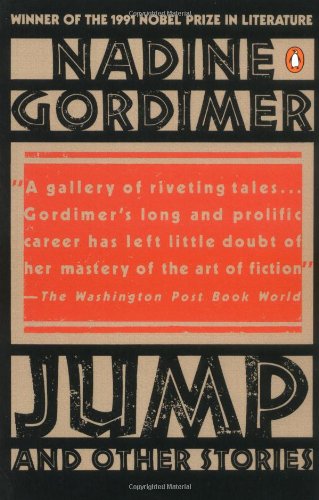 “Once Upon a Time” is a story about a couple who lived in the suburbs with their son, a dog, and a cat. The couple had recently begun living “happily ever after” and was wary of those in other parts of the city that might come to disturb their lifestyle. The first security measure they enacted was a gate and a sign that read “YOU HAVE BEEN WARNED." Next, the gate was given an electronic entry system in response to recent riots. In answer to a nearby robbery the couple installed bars over the windows and an alarm system. Eventually, the poor came to loiter in the suburb, so the family heightened the wall around the garden. However, the couple soon saw that the cat could easily scale the wall, so they had coils of barbed wire installed along the top. All of the heightened security finally took its toll on the family when the little boy, pretending to be the Prince from a story in his book of fairy tales, decided to brave the “thicket of brambles” on top of the wall, tearing his skin and shattering the family’s happily ever after

This story points out that often, people erect security barriers around themselves which at best trap them inside and at worst can hurt them severely. Throughout the story, the security measures, especially the increasing wall around the garden, isolate the family further and further from the outside world. They become so isolated that soon their world inside the wall becomes indistinguishable from the fairy tales that the woman reads to her son every night. These barriers soon take on a life of their own and rather than being a deterrent to threats from without, they become threats in and of themselves.

The sign “YOU HAVE BEEN WARNED” is an odd turn of phrase. This is designed as a clue to the reader that the warning is more for the reader than for any fictional burglars. The sign is always associated with the gate which keeps out the people in the world that were unlike the people within. This is the narrator’s warning to the reader not to put barriers up which cause more harm than good. It is one thing to be well protected, but it is another thing entirely to be isolated from the world. This idea applies just as much to the physical barriers seen in the text as it does to social barriers that people often erect. When a person builds a wall around themself and doesn’t allow anyone that is unlike them to get too close they lose their sense of reality. The world isn’t made up of all like-minded people and to pretend that it is causes a person to live a deluded, fairy tale existence. These fairy tales are often torn down by a tragedy or shocking experience which shatters the happily ever after.

The author of this piece, Nadine Gordimer, was a South African writer and recipient of the 1991 Nobel Prize in Literature. Gordimer was also an anti-apartheid political activist. She wrote "Once Upon a Time" in 1989, at the sunset of the apartheid government. The short story references figures of the anti-apartheid movement, including miners (whose protests in 1940 began the movement) and rioting by members of another race (likely referring to the student protests in the early 1980s). The apartheid government was dismantled in 1989 and 1990.

Watch a dramatization of the short story