Spelling diarrhea... diarrhoea? How to spell it correct... ly!

I say, old man, how do you spell diarrhoea?

The unfortunate circumstances of such a word causes undulations of the brain that seem to twist consonants and vowels in strange configurations:

is it diarhea or diarrhoea?  Dioreah or "Diet, Urethra!"

How could such an unfortunate concept come to be represented with this confusing combination of sounds?

Reading this word misspelled in a fellow hubster's writings, I felt called to do a bit of research! 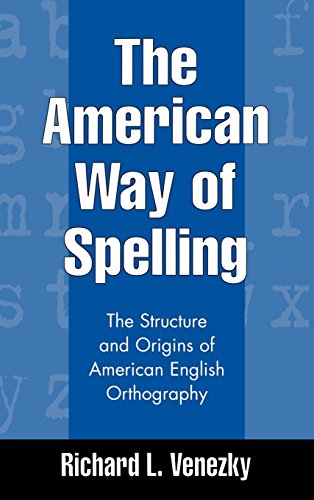 The American Way of Spelling: The Structure and Origins of American English Orthography
Buy Now

Origins of a word in opposition to constipation

1. The spelling of "diarrhea" is an appropriation of the Greek "diarrhoia" meaning "a flowing through."

RESPELLED? Why? What happened in the 16th century that would have caused such a word to be respelled?

A direct quote from The Spelling Society

"English is said to be a Germanic language because the high frequency function words are of German and Norse origin. On this backbone of several hundred Anglo Saxon words, English has absorbed thousands of words from other languages such as French, and Latin, and Greek. One can find Sanskrit words such as guru and pundit.

"After the Norman French conquest in 1066, English acquired a duplicate vocabulary consisting of hundreds of French words. Although the Norman French scribes tampered with the spelling it remained highly phonemic. Words continued to be spelled as they were pronounced.

"In the 15th Century there was a dramatic shift in the pronunciation of the long vowels in over half of the words in the language. Pronunciation shifts are not unusual and all languages experience them to some degree. The cumulative effect of the shift and the failure to respell the affected words was, as Webster noted, the destruction of the alphabet. These words were not respelled.

"Because many of these words arrived in the 16th Century just after the alphabet had been effectively destroyed by the Great Vowel Shift, most of them were not respelled as they typically are in other languages where words are spelled as they are pronounced."

"In 16th century England, lawyers and their clerks added extra letters to words because they were paid by the length of their documents. No one knows for sure whether adding these surplus letters has affected the spelling we have today, but it certainly contributed to the tumultuous spelling in the 16th century. These individuals also spaced lines ridiculously far apart and created huge margins to elongate their manuscripts, so there's little doubt about what they were up to. Lucky for them they weren't paid by the shortness of their integrity or they'd have gone bankrupt! And the legal profession wonders why it gets the reputation for being money-grabbing!"

During the 16th Century in England, there was a huge movement towards spelling reform, inspired by the humanistic revival of classical influences inspired by the Renaissance.

These men had great influence on English orthology:

Claude Holyband 1576 'the great strife betwene them that would haue our tongue written after the auncient orthographie, and those that do take away many letters as superfluous in writing'

Richard Mulcaster 1582 aimed to 'rip vp the hole certainties of our English writing' so that he 'maie wipe awaie that opinion of either vncertaintie for confusion or impossibilitie for direction, that both the naturall English maie haue wherein to rest and the desirous stranger maie haue whereby to learn'

John Hart 1569 An Orthographie
4 forms of corruption: diminution - 1 letter 2 sounds; superfluity - not sounded but used for quantity; usurpation - one takes the place of the other g/j/; misplacing - proper order is violated
omissions: y, w, c, silent e; no capital letters (but slant before letter)
additions: 5/6 new characters for consonantal i, ch, vocalic l; dot under vowel to show length

Sir John Cheke (ca 1542 as described by Strype 1705)
'1. He would have none of the letter E put to the end of Words, as needless and unexpressive of any Sounds as in these Words Excus, giv … Vnless where it is sounded and then to be writ with a double E, as in Necessitee
2. Where the Letter A was sounded long, he would have it writ with a double AA in distinction from A short as in maad, Straat, Daar
4. Where the Letter I was sounded long, to be writ with double I, as in Desiir, Liif
4 He wholy threw out the Letter Y out of the Alphabet, as useless, and supplied it ever with I, as mi, sai, awai. …

RHEA was the MOTHER of Gods and from her flowed all the elements of the Universe.

Thus, in common language, diarhea would be the correct spelling and would indicate that DIA embodied Rhea, meaning from our parachute-like airplane runways flow all the elements of the Universe.

Besides, remembering DIA Rhea in this way helps me put the R before the H, which was the point of this entire examination; I wanted to spell the word correctly!