The author and poet O. Henry was from Ohio and, in fact, served time in the Ohio Penitentiary. This makes him an interesting person, especially since his writing style blossomed during incarceration.

Since 1963, the Pen Awards and later, the O.Henry Prize or O Prize, have been awarded to published short stories nominated by the leadership of the literary magazines that published them.

Each year affords connoisseurs of short stories a new collection of delicious entries that can be read and re-read with increasing enjoyment.

One recent PEN/O. Henry Prize collection is excellent. It is an anthology of unique stories and ideas that most of us probably have not considered previously. The book is full of surprises that a second reading of the stories does little to diminish.

Many of these tales will become classics, some in the same vein as Edgar Allen Poe's works. Others are mystical or odd, and some are utterly uplifting, even amid dire circumstances. This year's book is simply a joy to read and to own in its range of subjects and characters.

The stories in this prize winning collection contain the O.Henry Twist, as it might be called.

O. Henry Was a Draftsman

O. Henry wrote the most well known Christmas story The Gift of the Magi and for that alone he will remain famous.

The Christmas tale has been emulated on stage, screen, and television; in adult and children's entertainment vehicles; and even in cartoons. The story is everywhere and gives one pause to consider life and relationships more fully - to become more appreciative of friends and family.

One of my favorite renditions of this theme is an old Twilight Zone episode called "The Long Morrow", in which an astronaut will save himself from aging 30 years by entering a sort of cryo-sleep chamber on his journey to another planet, presumably Mars at the tie this episode was films in 1959.

His mission saddens him, because the astronaut's fiance on Earth will age. She will be a senior citizen by the time he returns and he will see an old woman standing at the spaceport, waiting for him. He is in emotional agony over this.

The O. Henry twist in this drama is that the young woman enters a sleep chamber on Earth and arises from it on the day her young man returns from his outer space mission. She did not tell him about her plan. She is dismayed to find that he rejected his own sleep chamber and came back as an old man. Their meeting was heart breaking and a powerful depiction of the horrors of lack of communication in a relationship..

This Twilight Zone episode is burned into my memory, and so too, are many of the stories in the 2009 Pen/O.Henry Prize collection.

William Sydney Porter was born at the time of the American Civil War in 1862 in North Carolina. He was educated by an aunt and grew to love books in general under her guidance.

William became a pharmacist and enjoyed depicting the local townspeople in cartoons much as James Thurber did in Columbus, Ohio in the 1900s.

By 1884, Porter had moved to Texas and become a sheep rancher, but also moved on to several other jobs.

Willlian roomed with a family that had a cat named Henry and they seemed to be always calling him -- "Oh, Henry!" This is the legend of William's pen name, although some scholars think it may have been taken from an Ohio Penitentiary guard's name, on duty while Porter was imprisoned in Columbus. Perhaps the nome de plume honors both the cat and his prison time.

Being jailed certainly had a twist of its own in his the crime of embezzling. Porter had left town after the crime, but returned to care for his dying wife and it is then that he was captured.

In the 1890s, Porter founded a humor weekly called Rolling Stone, but it failed. I wonder what today's musical Rolling Stone knows about that?

Porter served only 3 years of his 5-year sentence in prison and wrote short stories during those years. Upon his release, he had already begun calling himself O. Henry and had a dozen tales to publish.

Moving to New York City to start over, O. Henry lived for another 10 years and wrote 300 stories. Unfortunately, the stories did not prosper until after he died at the age of 49.

Condominiums and Businesses Stand On the Site of the Old Ohio Penitentiary on Neil Ave. 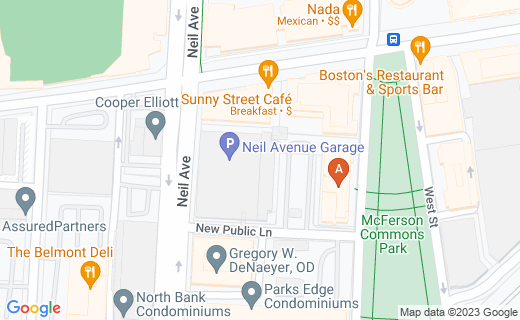 The PEN American Center for Literature and Human Rights

PEN is the voice of cultures truthfully addressing one another rather than governments or armies in confrontation.

The PEN American Center is part of the oldest international literary and human rights organization. International PEN began in 1921 as a considered response to ethnic and national divisions that led to World War I.

PEN American Center was formed 1922, the largest of the 144 PEN centers in over 100 countries around the world. These centers honor and promote freedom of expression and literary excellence in all genres.

Past Presidents of PEN have included Arthur Miller, who was attacked by the Communist Witch Hunts in the 1950s, and Salmon Rushdie, attacked on other fronts for a time. They both survived.

Every spring, PEN holds its Festival of International Literature.

PEN maintains its Open Book and Prison Writing programs, to uplift diversity of every kind and healing around the world in life and in literature. O. Henry showed that constructive activities like writing short stories can happen in prison and these writing programs honor his prison achievements.

When you read the O.Henry Prize winners' works, you will see that diversity in ways you may not have considered - much like the Star Trek® Vulcan's' concept of Infinite Diversity in Infinite Combinations (IDIC), which mortified Leonard Nimoy in its commercial bent. However, where IDIC was foremost a merchandise licensing concept, the PEN concept is one of freedom of expression concept. 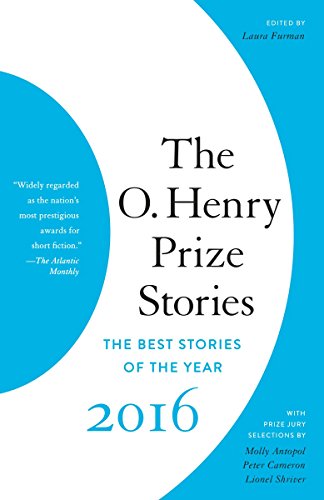 The stories in these PEN collections are more interesting every year. I enjoy every collection and look forward to the next year's offerings. They are entertaining and thought provoking.

Short Stories Not to Be Missed

Note these stories particularly in the 2009 collection:

Don't miss any collection of stories. O. Henry has become one of my heroes.