Back in 2006, Dark Horse comics launched a line of new Star Wars comics, each taking place in a different time period. There was Knights of the Old Republic, set before the Bioware game of the same name; Dark Times, which took place right after Revenge of the Sith; Rebellion was post-A New Hope; Legacy took place 130 years after the Battle of Yavin.

I’ve read some of each of these comics, following Knights of the Old Republic until the traitor storyline was resolved. Unfortunately, that series was never as good as it could be, often coming across as a chaotic mess. Dark Times was interesting for a while but Rebellion never had my attention. I tend not to care for the Expanded Universe when it takes place during the movie timelines, specifically between Episode IV-VI.

When I gave Star Wars: Legacy a try, I was knocked back. I had planned not to care about the book right away. Dealing with a new Skywalker in a timeline long after the original movies didn’t strike me as interesting. But, I read the first volume and my perceptions were proven wrong. 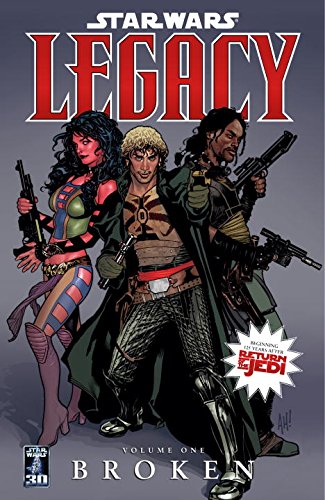 The series follows Cade Skywalker, a space pirate who was raised as a Jedi but fell from the path after his father was killed by Sith invaders. Cade is a great character, though his constant “I make my own rules” mentality isn’t as charming as it could be. He travels with Jariah Syn, another pirate he met as a boy, and Deliah Blue, Cade’s romantic partner. The three take jobs and bounties on their ship, the Mynock, and try to stay out of any political party’s way.

Cade’s problems are plenty; he’s addicted to deathsticks, he has visions of Luke Skywalker trying to give him advice, he’s haunted by his father’s death and temple’s destruction. He hates the Sith and gives into his anger often, which leads him deeper into the dark side of the Force. He’s not a bad guy, but he stretches the term “anti-hero” as far as it goes.

The struggle that arises in the galaxy is due to Darth Krayt, a Sith who is fighting off an Yuuzhan Vong infection. He’s seeks to change the Sith way, no longer based on the "

the Rule of Two" code, but of a united people. Dubbing his dream “the One Sith”, he creates a new force in the galaxy and brings order to his kind. The series then follows this change, along with the Empire’s role in Krayt’s plans.

Cade is brought into these events, mostly unwillingly at first. When he’s captured by Krayt, we see the possibilities of Cade’s future and learn the origin of Krayt. Soon, Cade’s goals become fixed on destroying Krayt and killing as many Sith as possible.

The series is a constant battle between Light and Dark for Cade. The harder he tries to do good, the more he leans to the Dark Side. He’s a character that justifies the bad if it leads to good things. His friends see this and constantly try to warn him, but he’s a character who won’t listen to advice. Or, at least, not often. He has his old Jedi Master’s around every now and again and visions of past relatives always seem to have a note of wisdom or two. 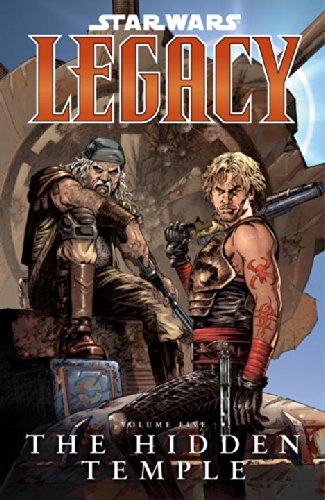 Legacy is a broad book. The series follows Cade, but there’s a lot of political happenings outside of Skywalker’s story. You see the Empire’s struggle to maintain power, the Sith’s inner workings, rogue battalions looking to fend off the Sith’s grip, and planets dealing with Krayt’s wrath. All of these side stories hold their own and never feel like filler issues. The characters who work for the True Emperor are interesting and the Imperial Knights are great characters.

Reading the Sith chapters is always entertaining, if only because they’re so good at being bad. Each villain stands out as unique and interesting and could play the role of main antagonist if the need rose. Each character design is great, helping you tell the difference from some similar-looking villains. Krayt is perfect as a main villain. He looks mean and his actions match his appearance. You can understand Krayt’s goals and even sympathize with him, but he’s as rotten as they come. The Mon Calamari take a big hit from him in this series but it only adds to the sense of weight.

One of the best things about this series is that it feels like it matters. It’s not just side quests taking place between movies. It’s a series that's breaking new ground, going further into the future than any other Star Wars story. John Ostrander has crafted a Star Wars universe that feels familiar and new all at the same time. There are cameos of movie characters, many due to flashbacks, including my favorite Jedi, Obi Wan Kenobi. But these are just small, quick moments. Legacy stands on its own, without needing to constantly remind us how good the movies are. 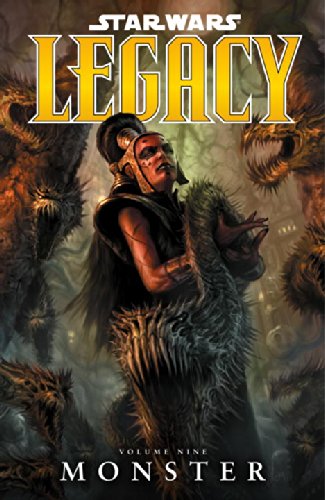 The artwork is constantly great throughout the series and has some truly beautiful moments. Everything feels like Star Wars, but has a darker, more hopeless undertone. The Sith all look as nasty as they should and the Imperial Knights have a regal quality about them. The Hidden Temple where the surviving Jedi are held up has a secret grove feel to it and you get the sense of what Endor should have looked like.

There are low points in the comic, some tales are less interesting than others and the series can have a moment or two of sluggishness. The Vector segment is actually extremely good, especially when you compare it to the rest of the crossover. The mandatory trip to Tatooine was entertaining, even if we’ve seen that planet one too many times.

The series was canceled at issue #50 but was finished in a six-part mini-series entitled Star Wars: Legacy-War. The last volume ends the series in a completely satisfying manner. While certain battles end quickly, the main story gets the sendoff it deserves. Considering Ostrander only had six issues to end everyone’s story, it’s amazing that nothing feels rushed. While certain characters from earlier parts of the series have disappeared, those that lasted until the end get resolution. Cade’s fate is one that you’re afraid to find out, but makes sense every step of the way. It’s funny, but the last volume of Legacy is more consistently rewarding than either Revenge of the Sith or Return of the Jedi.

If you’re a Star Wars fan, if you’re a comic book fan, if you just enjoy good stories, this series is for you. It’s one of the most exciting things to hit the Star Wars universe since the original Force Unleashed. If this comic series was ever made into a movie or animated series, I’m not sure we could handle it. If, somehow, the purchase of Lucasfilms by Disney and the cancellation of The Clone Wars, mean we see this adapted, I think I'll count my losses and be content. Even if that never comes to pass, it’s safely printed on pages with gorgeous art and great writing. The quality will never let you down. Sit back, put on your favorite Star Wars soundtrack, and enjoy the ride. I can’t recommend this series highly enough and I can only hope Dark Horse explores this period again.