Mike is a content writer and enthusiastic reader fascinated with folklore, subcultures and horror.

"But Richard wondered if the Hare in some way felt as he did that spring was always bestowed. That it was an invitation to come and watch the world moving and be among its tremors"

A Master Of Folk Horror Returns

Starve Acre is an unsettling folk horror novel which sees its author, Andrew Michael Hurley, back to the brilliant form he showed in his debut, the Loney.

Set on the moors, largely around an old house and the infertile lands surrounding it known collectively as Starve Acre, the book focuses on the subject of mourning and the struggle to accept realities that are difficult to come to terms with. This is told namely through its lead characters Richard and Juliette Willoughby, who deal with the loss of their son Ewan, in very different but often equally unhealthy ways.

The synopsis is one that may lead many to write it off as your typical haunted house horror fare. In the hands of another writer this would likely be true, but Hurley has a talent for taking folk and gothic horror tropes and revitalising them with a more grounded and realist approach. Though it has its shocking moments and occasionally alludes towards the supernatural, Starve Acre's brand of horror is far more subtle, to the point where it leans towards being a piece of realist fiction. Whether we believe the contents of the story to be the works of human error and the forces of nature or some kind of Devilry, the results are still just as disturbing. Indeed, as the book argues, the mythical and the real are not as different as we think.

Hurley's biggest weakness as a writer is that his characters can often be uninspiring. This is especially true if those characters are women, who often lack any real depth outside of their roles as mothers and carers. Here the female characters feel at least a little bit more fleshed out then they were in his previous Devil's Day, though they all once again fit very snuggly into the carer architype. What Hurley does do fantastically well with though, is in bringing the rural settings of his books to life, possessing a real talent for turning barren patches of British landscape into places of enchantment and mystic.

In The Author's Own Words

Starve Acre is the type of horror novel that was made to be read on a dreary autumn evenings, one that haunts its reader, not with apparitions or shock value (though it has its share of shocking moments) but with the things that hide just out of site. It's a must read for folk-horror fans and further establishes Hurley's status as one the leading authors of the genre.

What Others Are Saying

"I would hope to see him being a little more adventurous – and less accommodating – on his next outing." *** Nina Allen of The Guardian

"Starve Acre, leaner and perhaps even more unsettling than its predecessors, may well be his best novel so far" ***** James Walton of The Times 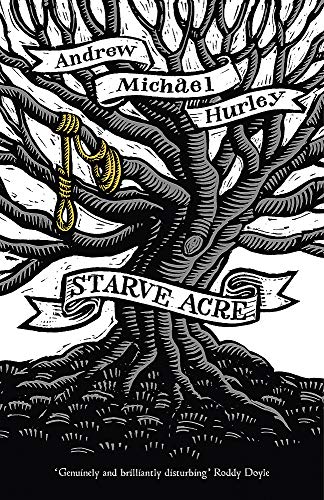 Thanks for reading! Have you read or are you planning to read this book? Perhaps you have a similar or different take? Let me know your thoughts in the comments below.