Life of Gerald (Gerry) Glenn Jones: Keeper of The Castle

Gerry Glenn Jones is a writer of fiction and nonfiction, as well as scripts for theatre and film. This is a factual article.

In 1968, Dr. Wallace Stuart, a dermatologist, bought 111 acres on Lewis Road in St. Louis County, Missouri, to build his wife the home of her dreams. The property was once owned by the founder of Brown Shoe Company, George Warren Brown. Brown built a large house there in 1918 as a summer home for his family. Besides the large house, he also had a huge barn built, along with a two-bedroom caretaker's house.

The Building of Stuart's Castle

Dr. Stuart, who was also a stone mason, decided to build a castle around the summer home, and add more rooms. Stuart and his son worked for about 10 years, building the castle, stone by stone. He said there were rumors that Mrs. Brown's ghost haunted the house and property, but said nothing unusual happened until they moved in, and were having dinner one night. He said a glass broke in a cupboard, and no one was around it. For reasons unknown to me, Dr. Stuart and his wife divorced in 1980, and they moved out of the castle to different locations.

Several years after the divorce, Stuart leased the property to a company for storage of dioxin-contaminated soil in tanks in the ground, but no dioxin was ever stored there. During the time of this lease, the company placed a security guard in the caretaker's house to keep vandals out. On one particular night, the guard either saw the beam of a flashlight in the castle windows, or heard someone up there, and took his gun to investigate.

As he was going through the house, he shot and killed a teenage trespasser, who was on a wooden beam in a patio type area. He was later found guilty of second-degree murder and served five years in prison. The guard told police, what he saw wasn't a teenage boy, but was something else that scared him. 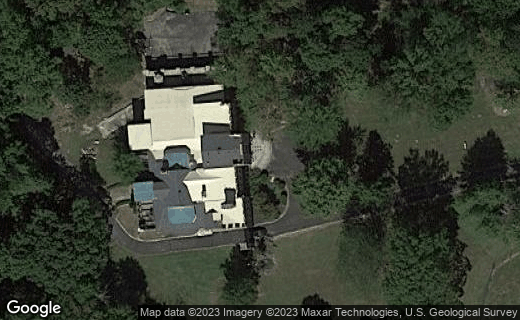 My First Experience at Stuart's Castle

In 1985, while working as a St. Louis County Police Officer, I was sent to the castle property to deal with trespassers. According to the dispatcher, a neighbor had seen a vehicle enter the property at about 8:30 p.m.

As I drove up the driveway, I observed a man-made stone fence type embankment on one side of the road and nothing but trees on the other. The road had quite a few curves, and after traveling about a 1/4 of a mile, the woods gave way to an overgrown, grassy area that appeared to have once been a lawn. I turned my headlights off, hoping if someone was in the castle, they wouldn't see me. I was able to drive by the limited light from the moon.

Near the left edge of the grassy area was a huge barn and about 200 feet beyond that I saw the caretaker's house. The front door was standing open, and it looked like it had been for some time due to leaves and debris scattered on the living room floor.

Someone's Inside The Castle

About 200 feet further up the driveway, I saw the castle for the first time. It stood on top of a high hill like a sentinel watching over the valley below. I could see its battlements around the roof; it was amazing. I immediately felt a little apprehensive, not knowing who might be inside waiting on me, but I informed dispatch I had arrived and would be checking out the castle for intruders. The dispatcher said they would send me some backup when someone became available, but for now, I was on my own.

I got out of the squad car and walked cautiously to the front door, which was standing open. I pulled my service revolver but didn't turn my flashlight on because I knew if someone was inside they might be looking for a target, and that target was me.

After stepping through the open doorway, I stood silently, letting my eyes adjust to the darkness. Standing there I listened for any movement inside the huge structure and was startled when I heard what sounded like a door closing upstairs. I flipped a light switch but found the power was disconnected from the castle.

By this time my eyes had become adjusted to the darkness, and the moon shining through the castle's windows gave me some light. I cautiously ascended the stairs to the second floor, where I stopped and listened again. There was a shuffling-like sound behind a door in the hallway.

Here I was alone, except for who, or what was behind that door. It wasn't one of my most favorite moments, but I knew I had to open that door and confront the inhabitants. I approached the door very quietly, turned the knob and flung it open, as I turned my flashlight on.

As I did this a bloodcurdling scream came from inside, what turned out to be a closet, and the next thing I saw was a shiny object in someone’s hand. I immediately yelled "drop it," and the person inside the closet didn't hesitate. As it hit the floor, I realized it was a glass candlestick holder. I also realized the person who had been holding it was a young woman, and another young woman stood beside her. They were totally terrified, and later told me they didn't see me drive up, but heard my footsteps.

When asked why they were in the castle, and if they were alone, one of the women said yes they were alone and were dropped off there as an initiation into some college organization. The others were supposed to come back and pick them up at midnight. They also stated that they knew they were trespassing.

I arrested the young women on the trespassing violation, and transported them to my precinct station and booked them in. I later talked to Dr. Stuart for the first time and told him about the incident. He said people were constantly entering the property and vandalizing the castle. He also asked me if I knew an officer who would live in the caretaker’s house for free rent and watch over the place. I told him, I was interested, but needed to take my wife out there and see the condition of the caretaker's house. He agreed to meet us there the next day, and after some trepidation, I accepted his offer.

That first experience at the castle was just one of many there for me, and a new adventure for my wife, Shelia and my young daughter, Cindy. Cindy and her friend, Brad Armfield had the neatest playhouse kids could ever have; a real castle. Watch for additional, true articles in the next saga of the life of Gerald (Gerry) Glen Jones.