(Superhero) Comics that Deserve Their Own TV Show

While restrained by lower budgets and tighter time-frames, superheroes still seem to want to play for television audiences. Since Superman entered the black and white world, many have followed. Both DC and Marvel seem interested in a strong television presence; Warner Bros. has given Arrow a second season and Marvel has launched S.H.I.E.L.D. With talks about another Hulk show or giving Wonder Woman another shot, it doesn't look like superheroes are leaving our regular scheduled programming.

The problem with superheroes on television, however, is that they're effects heavy. It's part of the reason their movies didn't get good until CGI caught up with them. Somehow, Superman works but for others, I feel like you need smaller scale characters. And that's not a bad thing. If TV works for smaller characters, why not use it and get their names out there. It would be better than a big budget show that can flop its first weekend. Plus, keeping a secret identity seems easier over the course of a five season run then it does for Spider-Man in one movie.

I've compiled a list of superheroes that deserve their own shows. Some may work as films, but might work just as well, if not better, on TV. They may not all be Batman, like Warner Bros. wants all their characters to be, but they're worth considering.

The Character: Matt Murdock became blind when radioactive chemicals spilled into his eyes. The accident took his sight, but heightened his other sense to super human proportions. He went on to train himself to peak form and intense acrobatics. Later in life, he finished school and became a lawyer, seeking to use the law to put criminals away. But, when the law can't save the day, he comes The Man Without Fear; Daredevil.

The Show: I wrote before that Daredevil would be a great movie if done right, but he would also work extremely well on TV. The show would be half courtroom drama and half superhero action. Law office by day, rooftops by night. Depending on how well you balance the two elements, Marvel has the chance to bring in viewers not interested in capes and cowls.

Daredevil, like a movie, would also work as a gateway character. Cameos from other street level heroes like Iron Fist and Moon Knight would be easy to handle and help audiences become familiar with lesser know characters. His rogues gallery would be easy to transfer to television; the Kingpin, Bullseye, Mr. Fear, the Gladiator, none of them would have any trouble impressing on a smaller screen. Add in the fact that Daredevil has more woman troubles then Batman and you have a recipe for a great weekly drama. Plus, you could introduce him and his cast in a backdoor pilot of S.H.I.E.L.D. and not even have to waste his first episode on exposition! 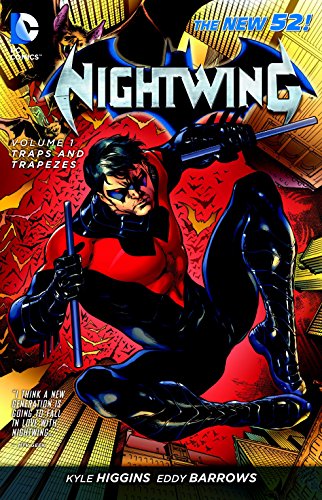 The Character: Batman once worked as a solo hero, fighting a one man war on crime. However, not long after he started his own superhero career, he met the young Dick Grayson. Orphaned by a murder like Bruce Wayne, Dick was brought into Wayne's home as a guest. He quickly discovered that Wayne was Batman and joined him in his super adventures as Robin. As the years went on, the two heroes grew more distant and Dick finally left to start his own solo career. He became a cop in Bludhaven but continued fighting crime in costume as Nightwing.

The Show: Like Matt Murdock, Grayson would try to solve crimes the old fashion way. But when the badge doesn't get the job done, he becomes Nightwing. While Arrow has a fairly light character acting like Batman, the point of Nightwing is how unlike Batman he is. This is the story of someone escaping the shadow of a father/mentor figure he doesn't want to be like. Nightwing doesn't have to be a lighthearted show, but it does need to have a lighthearted main character.

The best part about using Nightwing is that his villains can be borrowed from Batman and it would make sense. Criminals out for revenge against the former Boy Wonder could stop by every now and then, to change the pace from Nightwing's own rogue gallery. Plus, it would be a great way to finally get this character into the public consciousnesses since the films don't want to do it themselves.

The Character: Raven Darkholme was born a mutant. She has the ability to change her physical appearance to look like anyone. However, she's stuck with blue skin when in her true form. This doesn't stop her, as she fully embraced her mutanthood and took the name Mystique. Fighting for mutant rights using any means necessary, she been labeled at best a freedom fighter and at worst a terrorist. She's a criminal, wanted for crimes that have gone on for decades. But, underneath her often selfish exterior is a true heart for her kind.

The Show: Marvel may be moving forward with S.H.I.E.L.D., but if they want a true secret agent show, they have their character waiting in blue. By working with Brian K. Vaughan's take, you make Mystique into a James Bond-like show. Professor X sends her on missions too risky for his X-Men's reputation. In exchange, the good Professor helps keep the law off Mystique's trail. Bring in Forge as her Q, and who have the setup for spy action. Besides, audiences love moral ambiguity!

If Alias could pull it off for five years, Mystique can do it. She's recognizable thanks to her prominent role in the X-Men movies, she's got a great ability and she had plenty of internal drama. She skilled in combat for intense action and she's part of a rich universe. With a few stunt episodes with known X-Men, Mystique could be one exciting show. 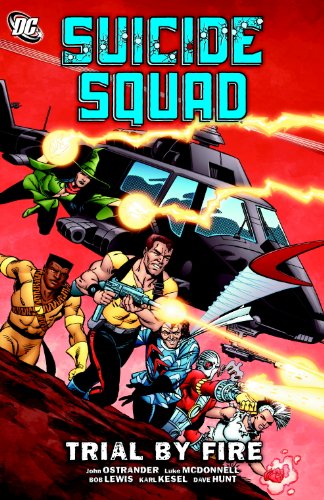 The Team: The secret government organization called Cadmus wanted super-powered men and women on their side. However, no true hero would join this shadow program and take part in the missions. The solution was to form Task Force X, otherwise known as the Suicide Squad. This team was made of villains and crooks whom, given that they survive, would go free after five years of service. The downside? If they try to escape or reveal their connection to Cadmus, they die from a small explosive in their brain. It's a tough job, but the members are tough enough to handle it.

The Show: The Suicide Squad would be a dark show and would have to end up on AMC, HBO or Showtime. A group of sociopaths or anti-heroes with loose morals and a license to kill would make for some violent television. But the interpersonal drama between the team would be what really holds this show together. Every week or so, their would be a new mission and a new way to push the team to the edge. Characters would die, as the name hints, but there's always a new recruit on the bench.

Put together by Amanda Waller, led by Rick Flag, this team would feature some bad guys. To stay in budget, creature villains are out, so no King Shark or Solomon Grundy unless it's a special episode. But Deadshot, Captain Boomerang and Bronze Tiger make great choices. Not only that, but other villains can show up at any time and who says we can't see bigger names appear? The Riddler or Metallo would be easy enough and add for great drama.

The Character: Jennifer Walters is the cousin of Bruce Banner, aka the Hulk. When Jen needed a blood transfusion, the only person available was her cousin. The process saved Jen, but transformed her into the She-Hulk. Over the course of time, She-Hulk would join the Fantastic 4 and the Avengers, all while pursuing her career as a lawyer. Unlike her cousin, Jen can control herself as She-Hulk, that is until she gets really mad. Then, it's only a matter of time until she lives up to her namesake.

The Show: As a series, She-Hulk would want to follow Dan Slott's take on the character. Instead of courtroom drama, this show would be more courtroom comedy. Where Matt Murdock handles cases on a street level, She-Hulk deals with superpower law. It might be wacky, but it could work.

She-Hulk herself doesn't have to be a big effect like her cousin. She would be much more believable in makeup than as a CGI character. Her supporting cast would need to be lovable and the show would stay lighthearted. Think Psyche or Chuck for tone. Or, to be more specific, Night Court meets Marvel. There could be big action, but the fun should always be there. Plus, if both made it to air, She-Hulk could crossover with Daredevil! But I'm getting ahead of myself here... 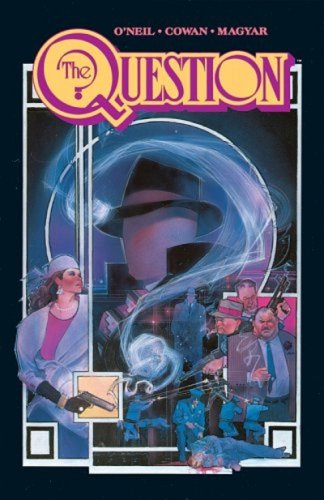 The Character: Vic Sage is an investigative reporter for the news in Hub City. When he can't get the answers he needs, he switches to the faceless identity of the Question. Seeking to defeat corrupt politics, he's a dark character always riding the line. He's often temped to kill, even though he holds back more often than not. He was also shown to be a paranoid conspiracy theorist on the

The Show: There are a few ways to go with this character as a show. You could go the way of JLU and play him up as a conspiracy theorist that would put Fox Mulder to shame. But since we've already seen that take on the cartoon series, I'd rather go a more adult route and make him a vigilante against corrupt politicians.

Bring in Renee Montoya as his police liaisons and you have a a great buddy setup. Maybe in later seasons, let the Question slip into more of a paranoia and bring him to the brink. When things get stale, write Vic Sage out and let Montoya take over the role, like she did in the comics. Considering how little respect politics get these days, there should be plenty of corruption to write a show around.

Which of these superheroes would you want on TV?

Stop Over Thinking It!

Sometimes TV gets it right, but a lot of the time, when it comes to superheroes, it gets it wrong. Birds of Prey should have been a great show, but it was not. Characters like the Flash, Aquaman, Dick Grayson and Raven had been rumored for TV but saved from awful series concepts and bad pilots. You know what? I've only mentioned DC heroes in that complaint. The big problem is that Warner Bros. keeps thinking it needs to change their comic properties when the concepts work by themselves. Green Arrow doesn't need to be Batman and Wonder Woman shouldn't be Isis. They need to stop asking themselves if The Flash should be a time travel based show like Quantum Leap and just let the guy run.

I like superheroes and I like TV. It's time for a decent bunch of comic heroes to make the break and share the screen. If television can fit hundreds of reality shows, it can fit a few superhero shows.