Superman Comic Books to Read Instead of Watching Man of Steel

Superman is a character near and dear to my heart. To say I was disappointing by Man of Steel is an understatement. This is a character I've seen handled correctly plenty of times, so to watch a movie fumble like Man of Steel is almost mind-boggling. At times, it seemed like every decision was made because it was the wrong one. As if they wanted a bad movie. I should calm down. You can read my review of the movie here. I realize many people liked the movie. That's a thing I must accept.

For those who saw the movie but didn't like it, or even those who did like it, I want to suggest to you the better choices out there. While your taste may vary, I think these Superman comics represent some of the best and true-to-character stories out there. From his first days to his last, to alternate histories to real worlds, Superman is a character that remains true to himself and the world. Even if Hollywood can't figure out why. 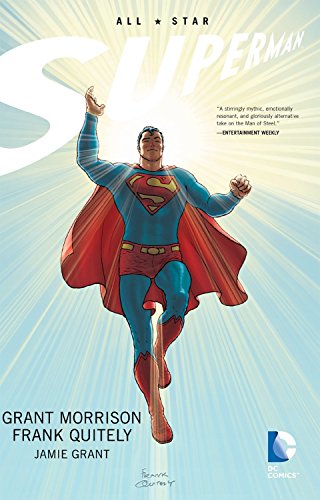 One of the best comics to be written by Grant Morrison, All Star Superman is a tribute to the strangest, most ridiculous and heartfelt eras of the Man of Steel's career. When Superman stops another one of Lex Luthor's plans, it turns out he absorbs to much of the sun's radiation. Soon, Superman will die. But, before he does, he must overcome the trials that will inspire the world for centuries to come and save the world one final time.

Over the course of these twelve issue, we see different aspect of Superman's life; from the romantic adventure with Lois to the insane science of Doomsday, from the heartbreaking loss of his adoptive father to his ridiculous exploits in Bizarro World. Luthor gets to shine in this series, as the fifth issue gives us a real look into the megalomaniac's mind. Even Jimmy Olsen gets a good amount of screen time. Morrison is pulling from all over; the 40's, the 60's and on. But he never loses the focus that Superman always inspires us, that his very presence makes us stronger. We believe we can be better because Superman is better. This comic is must read for anyone. It even has an animation adaptation that does a good job at bringing this adventure to screen.

Why You Should Read This Instead of Watching Man of Steel? This book proves you don't need to make Superman grim or realistic to make him relevant or inspiring. His entertainment factor comes from his character, not endless and repetitive action.

Superman: Whatever Happened to the Man of Tomorrow?

Whatever Happened to the Man of Tomorrow

In the mid eighties, DC Comics realized they had too much continuity. While not beyond comprehension, the company decided it's multiple earth's and history dating back to the 40's was too much. In response to this, the created the mega-event, Crisis of Infinite Earths. By the end of that story, they rebooted or "retooled" certain characters. Superman was one of them and his original adventures were coming to a close. With that in mind, Alan Moore wrote the final story for this Superman who had been fighting since his creation.

Within this relatively short tale, Moore gives Superman a sendoff that feels justified, bittersweet and victorious. All of Superman's foes come together for a final fight and their ends are fitting for each of them, Bizarro's especially seems heartfelt. The main story takes place inside and out of the Fortress of Solitude, where Superman has taken all of his friends and family to keep them safe. Some live, some die and the villain responsible for this final attack is revealed. When Superman crosses a line to stop his terror, the end has come. Our hero makes a choice that will kill Superman for good. The big twist at the end is what really leaves the reader feeling complete from this tale.

Why You Should Read This Instead of Watching Man of Steel? Superman realizes that anyone who crosses the line of killing can no longer be Superman. It doesn't matter how "grounded" or justified the death might be, Superman cannot kill because he's Superman. If Alan Moore, the man who wrote Watchmen, believes that, why can't Zach Snyder? 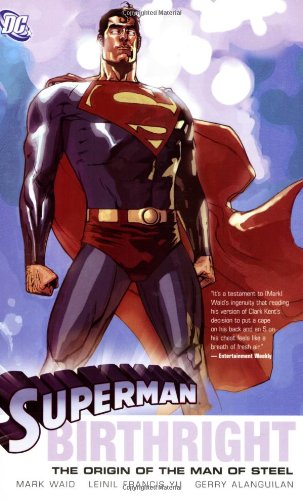 Superman's origin seems to be one of the most retellable superhero stories out there, next to Batman's. His time on the farm with the Kents, his move to Metropolis and his early career of being Superman seem to lend themselves to limitless ideas and opportunities. In 2003, Mark Waid wrote this twelve issue series that remains one of the best origin stories of Superman yet. Taking cues from the movies, shows, cartoons and past comics, Waid hits the best moments of Superman's early life and never forgets the character inside.

There are great emotional moments; Clark overhearing his parents, the tragic early friendship with Lex Luthor, his struggle making friends in Metropolis, even the last panel of this series carries more weight than half of what's being produced by Hollywood. Yet, Waid doesn't skip out on the action as Superman's battle with Luthor's machines always seem larger than life. For those looking for a definitive origin tale, Birthright is impossible to pass up.

Why You Should Read This Instead of Watching Man of Steel? If there was a perfect story to adapt as a Superman movie, especially a new origin, this was it. While the movie borrowed some of Clark's early wandering, it never tapped into the true potential of becoming Superman. Where the movie refused to accept that Superman is inherently good, this comic knew that no matter how existential the character might be, he would always do the right thing. Because he's Superman. 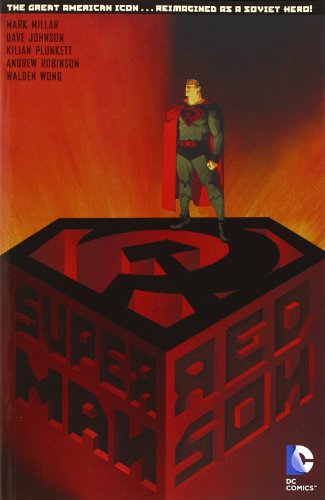 In Soviet Russia, Man Supers You!

DC Comics may call them Elseworld stories, but they're inherently What If? comics.With Red Son, Mark Millar asked What If...Superman's Landed in Soviet Russia? Would he still be Superman? Would nature overcome nurture? How would America respond? From there, the story reads like a crazy train of great ideas and insights on the character. While Hollywood struggles to figure out who Superman is, the comics have known all along.

As Superman becomes the KGB's most prized agent and symbol, and one day leader, America is running it's own alternate tale. Lex Luthor becomes president and marries Lois Lane. The two superpowers struggle against each other in ideals and big battles, with Lex creating most of Superman's rogues gallery to defeat the USSR. Batman is now a freedom fight in Russia and Wonder Woman is the emissary from Themyscira with eyes on Superman. While this Superman doesn't kill, he does cross lines he never would have before, as he brainwashes anyone who won't join Russia on their own inclination.

There's great twists throughout Red Son, such as the bottled city of Moscow, Luthor's Green Lantern Corps and the whole history of the world. When Superman finally invades America, it's Lex Luthor who must save the day, but in the most unexpected way possible. While it might seem like a simple alternate tale, the big moment of guilt that overcomes Superman is proof of his goodness. It's a fun read and probably more accessible for non-Superman fans than the rest.

Why You Should Read This Instead of Watching Man of Steel? Even with a different upbringing, Superman knows the ultimate difference between right and wrong. It might take him a while to figure out, but he knows. It also proves that Superman knows his main job his to protect, even while the movies seem to think that might be too much for audiences to handle. Also, it has a Russian Batman. 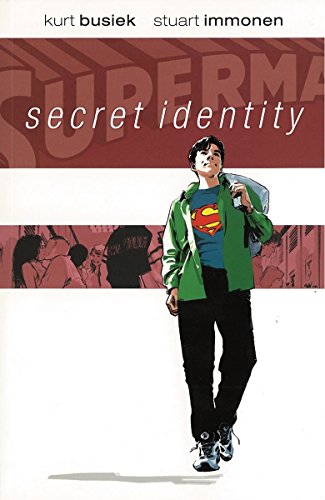 It's funny how Hollywood can seem so slow to catch up. Movies are the most expensive and popular form of entertainment, but they're always running behind the best ideas. While DC and Warner Bros were trying to figure out how to do a realistic Superman story for decades, the comic books were already putting the trades out. Kurt Busiek wrote Secret Identity with the intent on telling the story of a Superman in the real world.

Clark Kent, a boy named after the comic book character, discovers he has the same powers as Superman. Since Superman is just a comic book character in this world, this Clark is the first person in the real world to have powers. Of course, the first thing he does is try to impress a girl, but after he learns a few things about the world, he begins using his gifts to help people. He meets a girl named Lois, goes up against shadowy government agencies and slowly grows old.

This is really just a story of growing up, with a Superman twist added for the pure joy of it. Clark's biggest moments aren't fighting robots or stopping aliens. The moments he lives for are meeting the girl he'll marry, getting the job he loves, raising his kids. He's just a regular guy with a normal life, except he can fly and bend metal. Busiek, who can do no wrong in comics, makes this a satisfying growing pains story as well as a Superman book. Grit not included.

Why You Should Read This Instead of Watching Man of Steel? Proof that you can make a realistic and grounded Superman without being violent and full of destruction-porn. There's nothing fantastical about Clark Kent's life here except his powers. While Hollywood is out flexing it's muscles, this Clark is hiding them and he's stronger for it.

There are plenty of other choices out there but these represent my top suggestions for anyone out there that was left feeling cold after Man of Steel. While the movie didn't get it, comic book writers aplenty understand the core of Superman. While the movie may have plenty of supporters, there's seventy-five years worth of material for the rest of us.

If you've read all of these and are still looking for options, you can always check out more comics. Superman and the Legion of Superheroes and Secret Origin are good, more modern choices. There's The Return of Superman, even if you haven't read the death chapter. Kindgom Come and The New Krypton story line are worth reading as well. If you liked Grant Morrison's writing in All Star Superman I would also suggest his Action Comics work.