"The Blackest Day in Australian Sport:" Review of the Straight Dope by Chip Le Grand

The Essendon Bombers is a professional Australian rules football club which plays in the Australian Football League (AFL). Formed in 1871 as a junior club and playing as a senior club since 1878, Essendon has won 16 championships which, along with Carlton, is the most of any club in the AFL.

Author Chip Le Grand does a good job of fitting the myriad pieces of this giant jigsaw puzzle together in a readable form. Besides a clumsily long list of central figures, there is an endless list of secondary actors, dates, locations, leagues, corporations and agencies to try to wrap your head around. For Aussie readers and rugby fans, this book rates a solid 4 stars.. I started reading this with only the background summary provided by the publisher. While my lack of knowledge regarding Australian news events, government authorities and rugby sporting scene complicated matters, the positive possibilities of finding drama in events that Australians have already been reading about for two years was unmet.In general, this isn't a page turner. That isn't a deal-breaker though. This is solid, in-depth investigative journalism.

Project Aperio was established by the Australian Crime Commission in February 2012 to develop a deeper understanding of the use of performance and image enhancing drugs, including the nature, extent and resulting harms of the involvement of organised crime in this market.

A compound of two or more amino acids in which a carboxyl group of one is united with an amino group of another. With the elimination of a molecule of water, a peptide bond is formed.

"The 34 past and present players from the Essendon AFL club cleared this week of using a banned peptide, ASADA has the option of appealing against the tribunal's decision, something the AFL believes it should decline. Based on the lack of evidence to the contrary, the tribunal found that it was "not comfortably satisfied" the 34 players had violated the anti-doping rule."

Professional sports team mania is universal. And it's all about winning. Mix in the lure of questionable performance enhancing drugs and you have the recipe for a major scandal. The Essendon Bombers play in the Australian Football League (AFL), highest level professional organization in the sport of Australian rules football. It is the Aussie equivalent of the American NFL. They are currently under a 5-year (2012-2016) television contract worth $921,700,000 (USD). (From 2014 to 2022, the US networks will pay $39.6 billion for the NFL broadcast rights). It is big business.

Enter Stephen Danks, a fast-talking fitness science guru hired to help the Essendon players prepare for and recover from the rigors elite level competition. Danks had his finger in many pies. His real objective apparently was to build a peptide empire. There are different forms of peptides. Peptide supplements have become preferred over amino.acid supplements to help athletes perform better and recover more quickly. Most injectable peptides increase the bodies manufacturing of HGH (human growth hormone) and are a banned form of the compound. 34 Essendon players were charged by the ASADA with taking the banned injections even though a terribly botched and inconclusive case was prepared against them. Neither Danks nor the club kept anything close to adequate records. It is reasonably questionable whether the injected peptides were banned. Le Grand makes it clear that the players had no reason to believe the were in violation of doping rules. The damned thing about it is that the anti-doping regulations are so strict that a player is presumed guilty with a positive test. The rules allow an overreaching agency to give the Lance Armstrong treatment to athletes who are essentially innocent. Undue pressure also came from governing political party, and the case was corrupted by grandstanding officials. So much going on behind the scenes.

Project Aperio was established by the Australian Crime Commission in February 2012 to develop a deeper understanding of the use of performance and image enhancing drugs, including the nature, extent and resulting harms of the involvement of organised crime in this market. 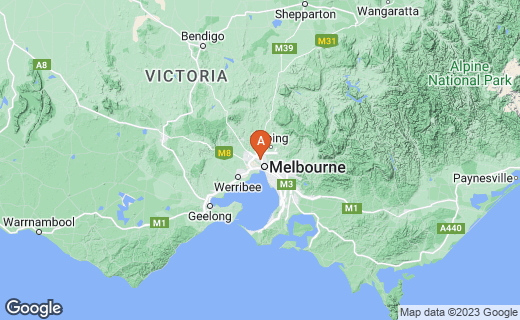 Andrew Demetriou, former chief executive of the Australian Football League and former ASADA Aurora Andruska chief especially come out as almost villainous in my reading. Danks and his supplement associates may not be choirboys, but should we be surprised? Danks was a loose cannon in an organization that could have had better control over him. It's important to recognize that Essendon was more of a side job in his hierarchy of ambition. In sum, this is a story without heroes.

Coach James Hird served a 12-month suspension and has returned to his post.

The AFL withdrew all 38 charges against team physician Bruce Reid prior to him taking the case to the Supreme Court.