Tennyson and 'The Charge of the Light Brigade' (Poetry Analysis)

Tennyson's Poem - The Charge of the Light Brigade

Does Tennyson present a 'glorified view' of battle in 'The Charge of the Light Brigade'?

The Crimean War was fought between October 1853 and February 1856. Britain and her allies were fighting the Russians; most of the fighting took place on the Crimean Peninsula.

One of the most famous events, from this period of history, occurred during the Battle of Balaclava, when the British Light Brigade charged against the Russians.

The latter were so impressed by British fearlessness that the charge was not as great a failure as it could have been ~ since the whole thing was based on an error. 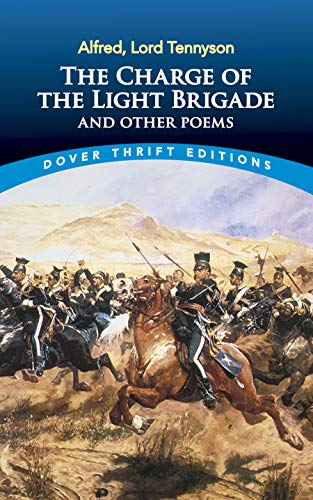 The Charge of the Light Brigade and Other Poems
Buy Now

'The Charge of the Light Brigade' Analysis

Certainly, in ‘The Charge of the Light Brigade', Tennyson has written a rousing poem, with a hypnotic beat. The thumping, rhythmic tempo, echoing the galloping hooves of the chargers, is alluring and has made this poem a popular favourite over the years, in spite of its description of a military failure. As well as denoting the hoof beats, the metre is also reminiscent of drum beat. The beat of the drum was ~ and still is ~ used by military forces to increase the morale of the troops and to encourage new recruits to sign up. This is illustrated in Le Gallienne's 'The Illusion of War', which described how the rousing music of fife and drum lured young men into the army. This effect of the drum is satirised in Littlewood's play / Attenborough's film, 'Oh! What a Lovely War'.

The exciting story of the charge, coupled with the attractive rousing beat, and talk of noble heroism, certainly appear to provide a glorified view. The last stanza, in particular, asks; 'When can their glory fade?' and commands; 'Honour the Light Brigade'. It is theatrical and emotional.

However, there are contradictions. The poem talks of honour and glory, but describes death and defeat. For a poem that glorified war, it is strange that Tennyson's poem should ask; 'Was there a man dismayed?' followed by the announcement that 'someone had blundered'. This drew to public attention the fact that the brigade's commander had sent these brave young men 'into the valley of death' by mistake, and without them even having the right or opportunity to question their orders ~ to 'make reply' or to 'reason why'. They had no choice but to 'do or die' ~ and die they did.

More on 'Charge of the Light Brigade' by Trish_M (Tricia Mason):

'The Charge of the Light Brigade' Poem Analysis

First impressions are of glory, excitement and heroism, but the underlying message, possibly going unnoticed, is of pointless death, caused by erroneous, fatal stupidity and an inability to question orders. The beat of hooves and drums told of the excitement of battle, but Tennyson also informs his readers of the death and suffering. It may lie somewhat hidden behind metre and rhyme, but it is there. The Biblical shadow of the 'valley of death' is recalled a number of times ~ twice in the first verse! It is a powerful psychological image, which the six hundred did not escape ~ even if they managed to return from it. The physical effects of cannon shot, fired all around them, can be easily imagined, especially as so few returned (in the poem that is ~ in fact, over 500 of the 620 survived).

Tennyson speaks of honouring them. They were noble, brave and heroic as they rode to their deaths and his poem indicates that this should be honoured. The charge must have been a glorious sight, for Marshal Pierre Bosquet, a witness to the event, said 'C'est magnifique!' The poem may reflect that glory, as was fitting for the poet laureate's work, but his misgivings about the men's unnecessary deaths, because 'someone had blundered' is clear. Bosquet's complete quote goes thus: 'C’est magnifique, mais ce n’est pas la guerre: c'est de la folie' ~ translated as: "It is magnificent, but it is not war: it is madness". Tennyson could not call it folly, but he could describe the magnificence and also point out the blunder.

Tennyson shows that, like the journalist, Russell, upon whose news article the poem was based, he considered these soldiers to have been a 'band of heroes'. However, I think that he makes it clear that the heroes were also fodder, who followed orders without question, even if it resulted in certain death.

The journalist, William Howard Russell witnessed this battle of the Crimean War in October 1854 and described it in the Illustrated London News. His words inspired Alfred, Lord Tennyson, then poet Laureate, to pen his famous poem.

Some of my Poetry Hubs

Edit: The War - Another Poem

I understand that this poem, 'The War' by Alfred, Lord Tennyson, was written in an attempt to encourage men to volunteer to sign up and fight. It was published in the Times Newspaper, in 1859.

"Form, be ready to do or die! Form in freedom's name and the Queen's!"

This is a call to arms.

It would appear, from this, that Lord Tennyson could not, at the time, have been anti-war.

History and poetry seem to have been inextricably intertwined.

'Charge of the Light Brigade', Verses 1-4

The Charge of the Light Brigade 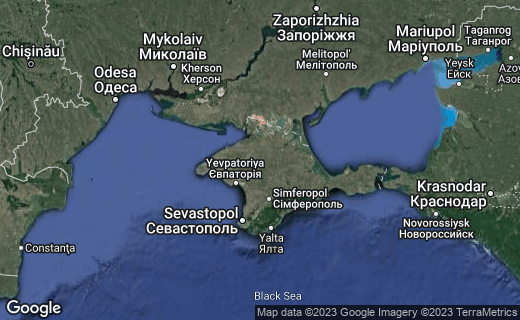