Thanet has a rich literary heritage. With visitors from Charles Dickens to Karl Marx, Thanet's Writers are certainly a varied collection of characters and backgrounds.

Each writer had their own reasons for being in Thanet. In the past, many writers and other celebrities came to Thanet to benefit from the sea air a fad inspired by rumours of health benefits. Other writers, such as Iain Aitch were born here or chose to move here (such as Anthony Buckeridge).

Let us take a tour of some of Thanet's more famous writers.

Of all of Thanet's Writers, Dickens is probably the most well known. Certainly, Dickens was one of the most important and influential writers of the 19th century.

He began his literary career as a journalist. His father became a reporter and Dickens began with the journals 'The Mirror of Parliament' and 'The True Sun'.

Notable works by Dickens include The Pickwick Papers, Oliver Twist, A Christmas Carol, David Copperfield, and A Tale of Two Cities. Of course, he wrote a lot of others but these are the ones that most people have heard of.

Charles Dickens had a holiday home in Broadstairs, where he wrote David Copperfield. For a period he owned Fort House on a promontory above the town, where he wrote Bleak House, which the location is now called.

Charles Dickens who visited Broadstairs regularly between 1837 and 1859.

In Broadstairs, there are several locations named after this one Thanet Writer. Including a pub, a museum, and a school. 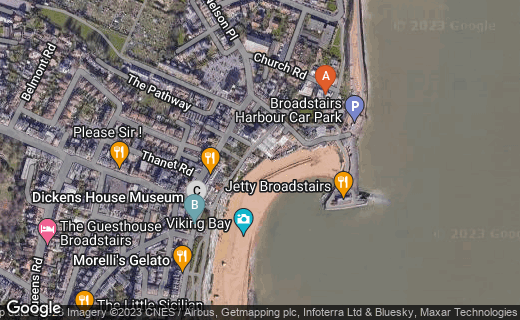 Charles Dickens had a holiday home in Broadstairs, where he wrote David Copperfield. For a period he owned Fort House now called Bleak House.

The Charles Dickens pub, named after the famous writer.

Have you ever read any of the works of Thanet writer, Charles Dickens?

John Buchan (1875–1940) was rumoured to have based his thriller The Thirty-Nine Steps on the set of steps on the beach at North Foreland, Broadstairs, where he was recuperating from a duodenal ulcer in 1915.

Buchan was highly enthusiastic about literacy and the development of Canadian culture. In fact, he received a state funeral in Canada before his ashes were returned to the United Kingdom.

Buchan's works include The Thirty-Nine Steps, The Magic Walking Stick, The House of the Four Winds among very, very many others

Buchan's connection as a Thanet Writer

Buchan's connection to Thanet is a little more tenuous. However, he is famously said to have based his thriller The Thirty-Nine Steps on the set of steps on the beach at North Foreland.

The Thirty-Nine Steps were written while Buchan was ill and confined to bed with a duodenal ulcer. He and his family went Broadstairs to a private nursing home to help him recover.

Buchan's son, William, wrote in his memoirs that the name of the book originated when the author's daughter was counting the stairs at the private nursing home in Broadstairs. "There was a wooden staircase leading down to the beach. My sister, who was about six, and who had just learnt to count properly, went down them and gleefully announced: there are 39 steps." Eventually, the house was demolished and a section of the stairs, complete with a brass plaque, was sent to Buchan. 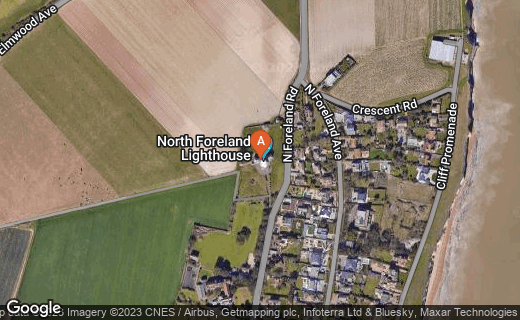 Marx connection as a Thanet Writer

Marx is known to have stayed in Ramsgate some nine times. As too did his comrade Friedrich Engels. His eldest daughter Jenny Longuet Marx (1844–1883) lived for a period at 6 Artillery Road. 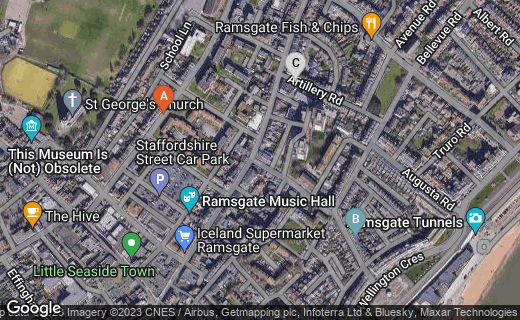 Marx is known to have stayed at Hardres Street

Have you ever read The Communist Manifesto?

Anthony Buckeridge (20 June 1912 – 28 June 2004), was an author and Thanet writer best known for his Jennings and Rex Milligan series of children's books.

During the Second World War, Buckeridge served as a fireman. During this time wrote several plays for the stage before returning to teaching in Ramsgate.

Buckeridge was not just a writer with a connection to Thanet but a full-time resident writer of Thanet. He lived in Ramsgate and taught at St. Lawrence College. There is now a Blue Plaque commemorating Buckeridge at the college which reads "Anthony Buckeridge O.B.E. 1912-2004 Author of the 'Jennings' stories taught here". 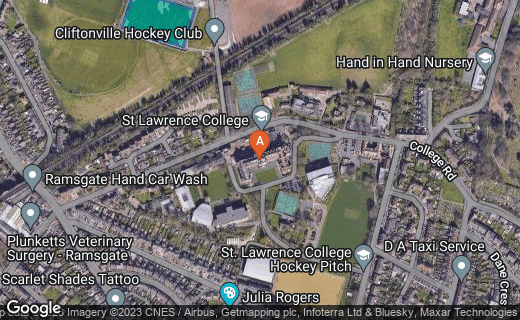 Have you ever read, heard, or seen a story by Anthony Buckeridge?

Notable poems by T. S. Eliot include Preludes, Rhapsody on a Windy Night, and Macavity: The Mystery Cat.

All the Devils are Here, a literary journey around Kent's coastal towns by David Seabrook examines T. S. Eliot's time in Margate.

T. S. Eliot visited Margate in October 1921 with his wife Vivien to stay at the Albermarle Hotel in Cliftonville. From the hotel the 33-year-old took a tram each day to the open timber structure, which overlooks Margate Sands and Nayland Rock, to concentrate on his writing.T. S. Eliot wrote part of The Waste Land in Margate in 1922, whilst recuperating from nervous strain.

Mr Seabrook, who recently died, said last year that he thought Eliot could have been influenced by observing disabled war veterans on the promenade.

The Nayland Rock Shelter in Margate where T. S. Eliot is thought to have written part of The Waste Land has been given Grade II listing status.

Have you ever read or heard the works of T. S. Eliot?

Iain Aitch is an English writer and journalist who lives in London. He is the author of the travel book "A Fête Worse Than Death" and "We're British, Innit".

He has also written articles for The Guardian and The Daily Telegraph.

Iain Aitch is an English writer and journalist who was born in Margate.

Have you ever read a book by Thanet born writer, Iain Aitch?

Thanet still has writers to offer. Many of whom are yet to be discovered. The number of writers' circles and charities in Thanet attests to this. Perhaps you too are a Thanet Writer?

Are you a Thanet writer?

Do you have a connection to Thanet