I was fifteen-years old when I started watching Russell Simmon's Def Poetry Jam on HBO. Black men, white men, women, daughters, rappers, lesbians all came together to set the stage on fire with their electrifying words and metaphors, and I was instantly enamored. Years later, when I got the chance to see a Def Poetry Jam performance live I was ecstatic. Spoken word is essentially an oral art form where poetry, lyrics, stories and prose are spoken rather than sung (although a talented spoken word artist can craft a monologue that flows to a rhythm on it's own). Just like written poetry, spoken word poetry often expresses a strong belief or life-altering event that shaped the artist in some way. Spoken word performers are poets, singers, actors, musicians. Folk singer Ani DiFranco sometimes incorporates spoken word on her CDs or during her concerts, and rapper Mos Def is a frequent guest on Def Poetry Jam.

The women's lib movement has found a home in spoken word performances, and some incredibly talented feminist and/or lesbian poets have emerged over the past decade. Staceyann Chin, a member of Russell Simmons' Def Poetry entourage who hails from Jamaica, is an out lesbian and revolutionary who explains her poems as giving voice to the millions of women who have been silenced by poverty and sexism. Other lesbians and feminists--men and women alike--have also found spoken word poetry to be an excellent outlet for self expression.

One of my personal favorites, Alix Olson is a "progressive queer artist-activist" and American spoken word poet who uses her poems to combat capitalism, consumerism, racism, sexism, homophobia, misogyny and patriarchy. Although she is definitely a spokeswoman for all these issues, her CDs "Built Like That" and "Independence Meal" also reveal a softer side to the woman behind the mic, showing that spoken word isn't always just angst and rebellion and revolution, that it is frequently about love and lust, conquering boundaries and living without regret.

After winning the 1998 National Poetry Slam with her team from New York City, Alix Olson's career skyrocketed. She has released two full-length albums, a documentary chronicling her life on the road as a touring spoken word artist, published two books of poetry and appeared in numerous anthologies. She currently travels more than 200 days each year, performing both nationally and internationally, and frequently headlining at dozens of colleges and conferences such as the National Organization for Women and the National Lesbian Summit.

"Still we've tried being patient, collected, calm, nicetrying praying, tried laying you paying the price,we've learned to scream until our throats throbbed, what else do you do while your ****'s being robbed.And they say "you've made progress, girls, take a rest in-between", but see while you're resting,someone else is progressing, it's what i've seen. So i take back the whispers, the cute mute act, and the high pitched giggles, yeah i take them back,I won't avoid your stare, evade your step, nothing of that kind, won't help you help me victimize the only space that's mine. See now I'd put my life on the line just to see them trip,frown and say "funny love, i never saw you slip." I say, "my life on the line-" you say "man, she's jaded." I say, "maybe control's overrated." Like when we cackled, they called us witches, now we don't giggle they call us bitches well I'm cacklin loud, taking it back, full of hiss,cacklin loud, cackling proud now." 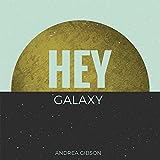 Andrea Gibson is a queer poet activist who I have only just recently discovered. Her strong, soothing voice is dedicated to deconstructing the politics of America and focuses on exposing and expressing patriarchy, gender norms, white supremacy and capitalism. She has independently released three CDs, Bullets and Windchimes, Swarm and When the Bough Breaks along with one book titled Trees that Grow in Cemeteries. Just like Alix Olson, despite using the stage as a soap box for morality and gay rights, she also uses her forum to express themes of love and commitment.

"Do you know they've found land mines in broken women's souls black holes in the parts of their hearts that once sang symphonies of creation bright as the light on infinity's halo she says i remember the way love used to glow like glitter on my skin before he made his way in now every touch feels like a sin that could crucify medusa kali oshun mary bury me in a blue blanket so their god doesn't know i'm a girl cut off my curls i want peace when i'm dead her friend knocks at the door it's been three weeks don't you think it's time you got out of bed? no. the ceiling fan still feels like his breath i think i need just a couple more days of rest, please, bruises on her knees from praying to forget she's heard stories of vietnam vets who can still feel the tingling of their amputated limbs she's wondering how many women are walking around this world feeling the tingling of their amputated wings remembering what it was to fly to sing tonight she's not wondering what she would tell her daughter, she knows what she would tell her daughter, she'd ask her what gods do you believe in? i'll build you a temple of mirrors so you can see them! pick the brightest star you've ever wished on, i'll show you the light in you that made that wish come true!"

Andrea Gibson performing "I Do"

The Other Side of Paradise: A Memoir
Buy Now

As I mentioned in the introduction, Staceyann Chin is an out lesbian feminist originally from Jamaica who has been a poet and activist since 1998. She first got her start at the Nuyorican Poets' Café, a non-profit performance space located in Alphabet City on New York's lower east side, where she was a finalist in their 1999 Grand Slam. After winning several other slam contests, Staceyann began showing up on local radio and cable stations in Brooklyn and Manhattan, and had the opportunity to travel to places like London, Denmark and Germany to perform. In 2002 she was featured on Russell Simmons' Def Poetry Jam series for both the second and third seasons, and later went on to become a permanent cast member as well as co-writer of the show. She draws inspiration from the fact that the women in her family, particularly her mother, were never allowed voices of their own, but instead were forced to cow-tow to men who didn't respect them and continuously silenced them by taking what they wanted but giving nothing in return. Her poems often talk about the struggles of immigrants, as she pays homage to her ancestors and her heritage, along with expressing pride towards her sexuality. Chin has toured all over the world with her one-woman shows, published two chapbooks and is currently working on writing her memoirs. Although unfortunately Chin has not produced any CDs of her own, she can be heard on a number of compilation albums by other talented artists.

Excerpt from "Jamaicans in NY"

"We are no longer other having been assimilated bought and sold in this global economy of identities the White House is steady working on providing new targets for the Ku Klux Klan genetically engineered hamburgers are being marketed to the average Afghanistan right now the capture of Kabul is so much more exotic than Kingston. My bags now go unchecked in American airports only dark men with names that sound like Osama, and Saddam and Ali stand at baggage checkpoints, soft shoes folded in hand faces begging forgiveness for praying five times a day for looking the way they look like the East like the oil we need for these air-conditioned cars these shuttles we keep sending to f***ing mars ,these luxury planes we need to carry bombs to tear down structures that do not smell like the West. How many cultures can one country swallow before it explodes like a very tall building or two complete with a 747 rushing through and when it finally crumbles will all this have been worth the view?"