The Most Meaningful Gift of All - Your Time

I am a wife, mother, daughter, and friend to many. I care about issues that are both big and small, and I seek to spread truth.

This Christmas was financially hard on my immediate and extended family. Business was slumped, expenses were great, and overall financial soundness was in question for most of us. We managed to have a lovely Christmas in spite of it all thanks to our love of God and family, and food, and a few rounds of raucous laughter due to some newly bought games we sat and played together over the holiday weekend. It was peaceful, and happy; which is all one can really ask for during a bleak wintry season of life. I was lucky enough to get to spend a few extra days this year at my parents' house just visiting and enjoying a few movies and good conversation.

The Sunday after Christmas it occurred to me that with the extra time I had, I could do some projects around the house that my Mom had been wanting to do for a long time. So that morning, I asked her if she was up for the challenge and she said "Yes!". The project in question was a mini bathroom makeover. In 1986 my parents put an addition onto the back of the house that included a new family room and a bathroom. To this day we still refer to this bathroom as the "new bathroom". Obviously at this point, it is far from being new. To confuse the issue even further, my parents recently hired a contractor and did a fairly major remodel to the "old bathroom" in the main hallway of the house, which was built in the 1950's, so that now it feels like "new". But the "new bathroom" in the addition still reeked of 1980's style, and my mother was more than tired of it. The problem was not her lack of time, but she is starting to get older, and just can't pull off the labor part of a big project without help. We decided to go for it and had two days and lots of work ahead of us.

The biggest issues in the bathroom were the ugly, peeling wallpaper, the constant battle with mold on the ceiling, and the thin vinyl baseboards that were stuck on with construction grade adhesive. For years, the adhesive had been leaking out from under the edges of the baseboards and attracting dirt that would stick to it and make dark, dirty lines on the floor which made it appear in constant need of cleaning. My mother is a very good housekeeper and this scenario was driving her crazy. As for the ceiling, they had repainted it with Kilz brand mold and mildew primer several times in the last 23 years, which it needed again, and the rest of the bathroom was in need of a refreshing coat of paint too. So with all this in mind, Mom and I set out for Home Depot and came back with $80 worth of primer, paint, wallpaper remover, switch and switch plate, towel bar, and baseboards. The old towelbar was made of cheap oak and of course the varnish had been flaking off, as all of those old wooden styles do. We wanted to upgrade to a oil-rubbed bronze towel bar, but the cheapest one was $24 and a new wood one was only $5, so to save our cash we just bought a new wooden one. The new baseboard we bought was about $1.50 a linear ft. but it was made out of a composite plastic material which was waterproof. A perfect choice for a bathroom.

As soon as we got home, we jumped in and got started ripping off the top layer of the old wallpaper immediately, so we could then spray on the remover to get the backing off the wall. Then we also ripped off the ugly beige vinyl baseboards and threw them away. My brother helped us replace an old beige light switch for a new white one we bought. Mom and I peeled and scraped all the wallpaper backing off the wall and then wiped down the walls with water to remove the excess remover. Mom stopped to make dinner for all of us and I kept working. I started cutting in with the Zinsser 123 primer we bought and over the next 4 hours I painted the entire bathroom with two coats of primer. I put a kitchen step stool in the shower stall to stand on so I could reach the ceiling. This is definitely something my mother could not do on her own. Standing in a slippery shower on a stool and reaching over my head wielding a paint brush is definitely an activity for the young. I am 31 and already wondering how many years I will be able to do stuff like this. By the end of the night my legs and feet were swollen and aching from climbing up and down the step-stool, but I was very pleased with how far I had gotten with the work. I should mention that I have discovered in the last few years of doing home projects that I prefer to be bare-footed when painting. The main reason is for easy cleanup, and if I happen to step in paint as I go I can feel it instantly and therefore I don't risk tracking it all over the house. The only problem with this concept is that I have really flat feet and not wearing shoes causes me quite a bit of discomfort, which is the reason for the swelling I mentioned. Oh well, its a trade-off.

The next morning Mom and I started in on the project again after a homemade breakfast of ham and eggs and frozen waffles. My goal for the day was to apply two coats of the paint color we had chosen and then get the bathroom put back together with all the wall hangings and knickknacks, and the new towel bar hung up by 6:00pm so that my family could drive home that night. Mom's main goal of the day was to use some TSP cleaner to break down the nasty adhesive that held up the old baseboards. After helping me start cutting in with the paint color, she spent the rest of the day on the floor with a bowl of cleaner and a chisel, and the glue slowly gave up its resistance. I also measured the lengths that the new baseboard should be cut and got my dad started with the saw. After cutting a few pieces and all of us vying for space inside the little 6 by 8ft. bathroom, Dad gave up and promised to finish the baseboards after I was done painting. We all agreed that it was just as well.

The paint color we chose was called Roadster White. It is a nice subtle, creamy white that went well with the existing marbled countertop and fake tile wallboard we were leaving up that had a soft tan and cream coloring. In fact, the paint almost perfectly matched the shower stall color, which was a complete accident, but one that made the whole room look pulled together. We really got lucky with the paint color. We were able to wrap up the whole project by 5:30pm that night and sat down to have dinner that Mom had again stopped and prepared for us. It was amazing to see the results of our efforts, not to mention that we were able to finish on time. The bathroom was clean, fresh, sanitary, and definitely not ugly anymore.

My favorite part of this whole project was that I was able to give my Mom (and Dad) a gift. The gift of my time and my labor. It is perhaps the cheapest, but most heartfelt gift I could give, but to her, I know that it is a gift that she appreciates the most. At the same time, I received a gift too. I got the chance to be with my mom, working side by side, talking, laughing, and just existing together. I currently live three hours away from my parents, so to me, the extra time spent sharing a memory with them was wonderful. It was so satisfying that maybe I will make a tradition of doing a project with and for my Mom and Dad next year. I have no idea what this new year will bring me financially, but I know that even if I can afford better presents, I will make a point of giving my loved ones my time and effort over the holidays. Anyone can spend time in a store or online picking out presents, but no one can replace memories made by the work of your hands. 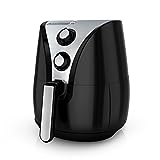 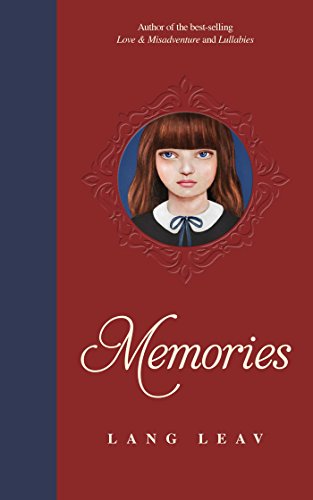