JK Rowling wanted to avoid the hype and hyperbole that surrounds her and published the book under the pseudonym Robert Galbraith. When the newspaper 'outed' Rowling as the author, many claimed that it was a marketing stunt. It was soon known that the truth was revealed by a tweet sent by one Judith Callegari, leaving Rowling wondering how a woman she never knew could leak the story.

We now know that a partner at Rowling's the law firm Russells solicitors had told the truth to Judith Callegari, his wife's friend, in a private conversation. She had promptly tweeted the story which was picked up by Sunday Times. They verified their suspicions using linguistics software developed by academic Patrick Juoma at Pittsburgh Duquesne University. This confirmed the strong likelihood of Rowling's authorship.

Rowling admitted her authorship when the paper approached her, no doubt annoyed that her plan to leave the secret a bit longer was thwarted by social media.

I love a good book. Trouble with good books are that they are needles in the proverbial haystack. You have to wade through so many of them to find one that is memorable, meaningful, well written and utterly gripping. Sometimes, you find an author through reviews or through a good word of mouth.

Sometimes you find a good book through your trust in your favorite author.

'The Cuckoo's Calling' is the debut crime novel of one Robert Galbraith released in April 2013. The author was supposed to be a retired ex army veteran. The book received warm praise from fellow crime writers, some good reviews from reviewers who were astonished by the assured writing and intricate plotting from a debut writer. The book sold a reasonable 1500 copies from April to July. Hardly surprising, as in the overcrowded market of crime novels, it takes a while for the first time writer to make his or her mark, if they were ever destined to stardom.

The book has now shot straight into the number one slot and is selling by thousands. This was soon after the UK newspaper 'Sunday Times' revealed that Robert Galbraith, was indeed a pseudonym of JK Rowling. The story broke into a media frenzy. I, like many others, ordered the book the same day the story broke. I received the copy today and read it in one sitting. Not because I was forced to, not because I was curious, but simply because, it is one the best written crime novels I've read in a long time.

I've always admired Rowling for her masterful plotting and the meticulous characterisation of the Harry Potter series. Could lightning strike twice? Could she create another enduring series character that millions would love?

Brief Bio: Born out of an illicit liaison between a famous rock star and a 'super groupie'. Cormoran's personal life is complicated, having recently broken up with his girlfriend and living out of his office. His only link to his family is his sister Lucy and her family. He has no contact with his father, but he is listed in his dad's Wikipedia page as his illegitimate son. He is kind and sensitive and has an uncanny ability to put people ease and open up.

Cormoran Strike, the hero of 'The Cuckoo's Calling' follows genre conventions. He is an ex Military Policeman with a colourful backstory - he lost a leg in the line of duty. He has troubled personal life and is on the verge of destitution and abject despair. He is a Private Detective in London living out of his office. The arrival of a temporary secretary Robin coincides with the arrival of a fresh case.

Investigating the apparent suicide of a supermodel Lulu Landry, who falls to her death from her apartment balcony on a cold winter day, Cormoran's personal struggles are interwoven so well with the slow burn mystery of the dead supermodel. The interplay between his new secretary and him, the array of colourful characters that he encounters in the course of the investigation, the astonishingly realised London which he inhabits, the sparkling dialogue and the satisfying denouement. What more could one want from a crime novel?

Cormoran Strike comes across as a highly likeable, fully fleshed out, character. Rowling's love of unusual names has populated her entire Harry Potter series with memorable monikers. Cormoran Strike, will be joining the canon of peculiar detective names such as Hercule Poirot and Harry Bosch. 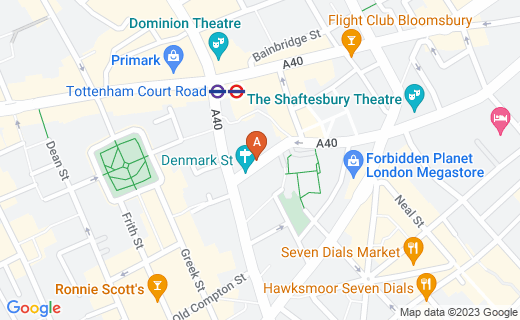 'Sometimes it jus' takes you over. It's un ilness.' she said, although she made the words sound like 'it's uh nillness'

Nillness, thought Strike, for a second distracted. He had slept badly. Nillness, that was where Lulu Landry had gone, and where all of them, he and Rochelle included, were headed. Sometimes illness turned slowly to nillness... sometimes nillness rose up to meet you out of nowhere, like a concrete road slamming your skull apart.

The book is written in a well paced narrative. While some may find the progression to the ultimate denouement slow, I loved the richness of the characters, the splendid dialogue and scene setting and brilliantly realised descriptions. The book is so well written and described, my head was running it like a well filmed movie inside. The writing is assured and highly visual. Each character is given their moment, even the minor ones. They are all three dimensional and fully fleshed out.

There are some beautifully descriptive passages in the book. They capture the vagaries of fame and the internal motivations of these array of characters. London itself forms a stunning backdrop to the investigations, from its mix of ancient and modern - the antiquated pubs to ultramodern nightclubs, quiet moneyed neighbourhoods to scruffy alleyways, fashion shoots and deathbeds. The author creates the backdrops to every scene with panache.

The Cuckoo's Calling is much more than a by the numbers murder mystery. It sets up the the new hero and his sidekick very well- an immensely likeable pairing - it also creates a rich tapestry of the world the characters inhabit. I am already looking forward to the continuing adventures of Cormoran Strike. I am sure Galbraith - aka Rowling- will not disappoint.

The title 'The Cuckoo's Calling' is from a Christina Rossetti poem ' A Dirge':

Why were you born when the snow was falling?

You should have come to the cuckoo’s calling,

Or when grapes are green in the cluster,

Or, at least, when lithe swallows muster

For their far off flying From summer dying.

Why did you die when the lambs were cropping?

You should have died at the apples’ dropping,

When the grasshopper comes to trouble,

And the wheat-fields are sodden stubble,

And all winds go sighing For sweet things dying.

Thankfully, Rowling has revealed a sequel is already in the works after the recent incidents and the media storm. There is always the satisfaction of a returning hero or a heroine - I have loved many series detectives over time and Cormoran has now been firmly added to my all time favourite list.

I wonder what makes a good recurring detective...

Is it their pugnacious persistence? ruthless pursuit of truth? healthy disregard for authority? Troubled personal lives? outsider looking in? A memorable and colourful backstory? Endearing eccentricities? A faithful sidekick?

However, one can't deny that however colourful the character is, unless the mystery is satisfyingly plotted, the book shall remain an empty showcase. There have been occasions where I have faithfully followed a writer and watch them slowly decline from their peak, with lazy plotting and loose writing. In such cases the early novels stand out as accomplished feats and success begets pressure and the need to publish frequently.

One can only hope Rowling, the first billionaire author of the world, has nothing more than purely literary motivations for penning this novel and its sequels. She hardly needs the money, does she?

4 stars for The Cuckoo's Calling