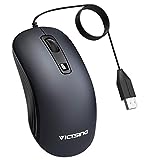 It was one of those moments you wished you could have caught on video...

Growing up on a dairy and crop farm in East Delta, BC often offered some wonderful adventures. I have many fond memories hanging out in the back fields flying kites in the summer, building make-shift boats to float on the flooded fields in the fall and when it got cold in the winter, I'd skate for hours-on-end on from frozen field to field.

One day when I was probably about 10 or 11, my mom asked me, as she often did, to quickly run over to the barn to get some milk out of the dairy for dinner. So, off I went with a plastic jug in hand and headed down our short driveway towards the barn - it was 'milking' time and Zeppo, our farm-hand would be busy milking the cows.

I didn't mind having to go get milk as I loved opening up the heavy lid to the huge stainless-steel milk storage tank which kept the many, many gallons of milk cold and fresh until it was delivered to be sold each week. I loved watching the big stir-blades churn the milk in a circular-swirl round and round. It was mesmerizing - sometimes I would hang out there and day-dream watching all that milk go round and round in the tank - sometimes I wanted to just dive right in, it was so beautifully inviting - especially on a hot summer's day!

When I was about to the gas-tanks, about half way, out of the corner of my eye, I caught something moving in the tall grass to my right... I stopped for a closer look and realized that there was an orange tabby barn cat half-sat on his haunches, hesitantly pawing at something on the ground. I had to step into the deep grass for a closer look to see better what was going on. I was astonished to learn that also, there was a tiny, little grey mouse standing right up on his/her hind legs with both front paws up, defending, air punching inches from the cat who was nervously poking back with one paw.

I couldn't believe my eyes... i was witness to what seemed an implausible bout - they both were oblivious to my presence. The mouse made contact with the cat's nose more than once... he/she was winning so far. I stood there shaking my head... How the heck was this going to end? And, now I'm here in the mix.

Clutching the now-squashed milk jug under my arm, I squatted lower in the grass and, as spectator, watched in awe for quite some time. It felt like I was watching a weird old silent movie or something.... there I was, taking in a slow-mo boxing match that went no where. I was curious as to how defiant both the cat and mouse were - sparring off in ballet motions...cat throwing a swing and the mouse poking back.

That wee brave mouse was not backing down, nor the cat... a definite stand-off of sorts too... both never made a sound...a continual-round-dance... I wondered if the mouse was silently saying to itself, "Put ‘em up!... Put ‘em up... Just try it... Just try it!"

I suddenly remembered I was supposed to be getting milk so I chose to break the match up... shooing the cat away and the mouse sprinted away into the tall grass. I was relieved I had a hand in rescuing the incredibly stoic mouse - though, also wondered if I was really redeeming the wimpy old cat.

When I finally got back to the house with the requested jug of milk, my mom wondered why it took me so damn long to get back - I wasn't sure she'd believe me.

Later, I wondered....maybe that was an original inspiration for the Disney cartoons "Mighty Mouse" - from an encounter like I had witnessed that day... Who knows?... I just wondered.......

And to this day... that little moment-in-time often pops up for me as a sweet teaching - a gift from nature showing me that... It really doesn't matter how small you are or how insignificant you may think you are... all that matters is, how you feel and 'know' who you truly are from within your own being-ness - to rely on your own strengths.

Or, perhaps, the biggest lesson is knowing, that It takes big courage and vulnerability to stand in one's own power to be who you truly are!