The Dining Room by A.R. Gurney

The Dining Room was a Politically Themed Play and Book

The Dining Room was a politically themed play and book by the talented playwright and author A.R. Gurney. Focusing on a single room the entire play, along with a set of dining room furniture, Gurney was able to eloquently create a play around this dining room- focused around different families during different time periods who have in their possession the same dining room furniture set, manufactured in 1898. The props themselves morphed into characters- taking on stories and personalities themselves. Gurney’s play was socially and politically themed play that focused on the decline of the White Anglo Saxon Protestants in the United States, as well as the closure of the wide class divide that had been holding back the country for centuries.

The play The Dining Room was a cultural reference to the WASPs (White Anglo Saxon Protestants) and the upper middle class pre and post World War I. Overall, it tells the story of the dying and relatively short-lived culture of upper-middle class Americans, as well as the United States’ transition into a much more efficient society with a significantly smaller emphasis on tradition, and a much heavier emphasis on progress.

A.R. Gurney as a Writer

A.R. Gurney was a fascinating writer and his ability to capture the downfall of the upper-middle class, as well as the WASPs, through a single room in this play was remarkable. This is considered to be one of Gurney’s best works.

The Dining Room is

“an affectionate yet powerfully sardonic look at the bourgeoisie of New England in the middle of the twentieth century that excellently depicts the pretensions, self-deceptions, and delusions of the people who gather in this one dining room over a half-century of history as far more important than they seem now, a quarter-century after the play's opening.” (Hunt, 2006)

Gurney was able to depict the pretentiousness, egotistical nature and phoniness of the WASP society to a tee, and utilized only seven characters playing a total of fifty different roles to deliver that message through the play. 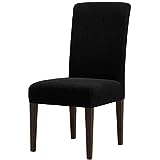 The WASPs in America

The term WASP in and of itself is a derogatory term for white anglo-saxon protestants- this leads the viewers to already get some sort of an idea of Gurney’s position on America’s upper class and the WASPs even before the play begins. Although WASP stands for white anglo-saxon protestant, not every protestant was considered a WASP at the time, just the pompous, pretentious citizens who felt entitled because of their social and financial status. There are even still WASPs today, but still the term does not define the protestant community as a whole. The WASPs held power in the United States for centuries, and their entitled nature was passed down from generation to generation, as is showcased in the play. Maybe the “WASP” elite felt entitled because their ancestors were credited for establishing the social structure and significant institutions in the United States during the 17th century or because they controlled a disproprotionate quantity of the country’s wealth and power, regardless, the power got to their heads and ultimately lead to the downfall of the upper-middle class in America.

Gurney's Portrayal of the WASPs in The Dining Room

The WASPs held power in the United States for a long time, but their power fell in the mid twentieth century and the upper-middle class became obsolete as a result of World War II. “Gurney parades scene after scene before us not to give us warm fuzzy feelings about a room in a house. Rather, he is conducting an anthropological demonstration on what one of his characters describes as a ‘vanishing culture...the Wasps of the Northeastern United States’” (Redman, 2008). After World War II, the privilege and power in the old Protestant establishment began to decline due to more diversity in America and an ability for the middle class to gain more education than they had access to pre-WWII. This education of the middle class closed the gap between the WASPs and those below them, causing them to lose grip of the power they so tightly grasped.

WASPs had been major players in the Republican party and their fall caused a drastic political change in the United States. After the fall of the upper middle class in America, the wide division of social classes began to close. This allowed the Democratic party to take rise in America, and suddenly the country began to change greatly.

Reaction of The Dining Room

Gurney’s release of The Dining Room on Broadway in 1982 caused a strong reaction among those who saw the play. Some people thoroughly enjoyed the way Gurney utilized one room to tell numerous overlapping stories. The emotional attachment Gurney was able to tie to the furniture added to the appeal of the play. Overall, the play had a jovial, light-hearted feel with an underlying meaning that was anything but jovial. Gurney’s ability to add this comedy to The Dining Room made the play both enjoyable and informative.

Did you read or see the play The Dining Room?