The Edge: The Chilling Last Poem Written By Sylvia Plath Before Taking Her Own Life

Did she consider taking the children with her?

The woman is perfected.

Body wears the smile of accomplishment,

The illusion of a Greek necessity.

Flows in the scrolls of her toga,

Feet seem to be saying:

We have come so far, it is over.

One at each little

Them back into her body as petals

Of a rose close when the garden

From the sweet, deep throats of the night flower.

The moon has nothing to be sad about,

Staring from her hood of bone.

She is used to this sort of thing.

Her blacks crackle and drag.

The collected work of poet Sylvia Plath is directly intertwined into her biography. Plath was born in Massachusetts in 1932 and educated at Smith College, Plath suffered from depression after her loving father Otto died from diabetes complications in 1940. Despite this depression and two attempts of taking her own life, she realized moderate literary success with her poetry and her autobiographical novel "The Bell Jar". In 1956 she met and married and moved to London with her English husband; poet Ted Hughes. The two had two children together, Nicholas and Frieda. In 1962, Hughes left her and the children for his mistress. During the long cold winter, depression set in once again and Plath took her own life by placing her head in a gas oven February 11, 1963. Weeks before her death, she composed her most chilling and successful work later collected and published as "The Collected Poems" for which she later won the Pulitzer Prize. The Edge was completed days before she completed the act.

Plath's poetry was considered to the first and best examples of "confrontational" and "confessional" poetry of her era. Such poetry takes real life events for the poem's metaphor. Poets often used this tool to "confront" real and imagined characters.

Plath's most famous poem, "Daddy" is a confrontational poem that directly "confronts" Plath's anger, sadness, and love for her father as he died as a result from taking proper care of his treatable medical condition. When you apply Plath's confrontational style to the Edge, it suggests that the poetess had considered taking the lives of her children along with her own. The ending of the poem refers to the children being "folded" back into the flower as "petals" and says "we have come so far, it is over." With these lines, Plath alludes to the idea that life is a journey and death is the reward at the end of the journey, not just for herself; but for her children as well.

No one will ever know what Plath's true intentions were, but at the time of her death, she took considerable care to prevent her children being exposed to the fumes by stuffing towels below the doors and leaving milk at her children's bedsides. Despite her tragic death, Plath left behind a legacy of love for her children in her poetry.

Works from this poet: 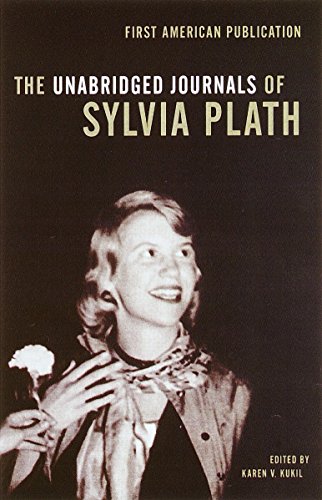