The Generation of '27: A Revolution of Poets

"It is when gulfs and bays of blood,

clotted with dead and vengeful stars,

flood into my dreams.

When gulfs and bays of blood

capsize the beds that were sailing,

and, on the world's right, an angel dies forgotten.

When the winds reek of brimstone

and mouths by night taste of bone, glass, and wire.

The Generation of 1927 was formed by a group of Spanish poets dedicated to the fusion of cultural tradition with avante garde experimentation. The group broke many barriers in their interpretation of poetry, changing the rules and forms of the art, while also contributing to a cultural revolution in the Spain of their time.

The Generation of '27, or Gen '27, collaborated and influenced each others work throughout the second half of the 20’s, until the Spanish Civil War in 1936. The first formal meeting of the group took place in 1927 in Seville, to commemorate the 300th anniversary of the death of Luis de Gongora.

Gongora was a Baroque poet described as utilizing the style of culteranismo, or Gongorism. Culteranismo literally translates as “cultivated Lutherism,” and can mainly be characterized as the usage of many words, and complex metaphors to obscure meaning and say as little as possible. Culteranismo was actually a term coined by critics, who viewed Gongora’s work as sacrilegious to true poetry.

In keeping with that tradition, the Generation of ’27 was primarily concerned with the avante garde, forming a sort of bridge between the classical traditions and the experimental. They also incorporated both popular culture and folklore with their work, creating a body of work that encompassed a distinctly Spanish flavor.

Although the Gen’ ’27 poets such as Federico Garcia Lorca, Rafael Alberti, Jorge Guillien, Gerardo Diego, Pedro Salinas, Damaso Alonso, Luis Cernuda, and Emilio Prados formed the core constituency of the movement, many others moved at the periphery of the group, and it was also not limited only to poets. Gen’ ’27 also encompassed artists and musicians of the time, a famous example being Salvadore Dali and rest of the artists in the Surrealist movement.

The group can also be classified as having many subsets of couples or trios who collaborated and shared common goals and aesthetics, notably the Neopopular group of Alberti and Lorca. The underlying premise between these two poets was a dedication to rooting their poetry in popular Spanish folklore.

The concept of Surrealism is instrumental in understanding the work of some of the Gen '27 poets. Salvadore Dali is a famous example of surrealist art, and the techniques used by Dali could be considered the visual representation of what the Gen '27 poets sought to accomplish in their writings.

Surrealism emerged out of Dadaism, Freudian psychology, dreams and the subconscious. As art it can be characterized by a juxtaposition of unlike elements, yet beyond this it is art that rejects the rational, and emphasizes the freedom of the imagination, the working of the inner mind. Surrealism, though an artistic construct, was also a philosophical and somewhat political movement, as it’s artists felt that it could be used as a tool for societal change through the losing of stricture and convention.

Much of the Gen '27 poetry takes on raw and brutal, imagery. Death figures prominently in many of these poems, and the poetry itself bears witness to a difficult, and quite violent period in Spain's history. Federico Lorca describes this aspect of Spanish poetry as "the duende."

The concept of the duende comes from Spanish folklore, and motivated and propelled much of Lorca's work. For Lorca, duenda meant something akin to a muse, not as a figure but of an underlying spirit, an inner force, a sort of primal authenticity linked to the idea of uniquely Spanish culture. For Lorca, a particularly impressive artist, dancer, poet, author, singer could be said to possess duende, though it is important to note that this did was not based on mere technical achievement, as many could attempt to replicate it, but more akin with perhaps what our culture would consider a truly soulful artist.

Yet duende encompasses much more than simply a sense of artistic passion. Lorca, in his essay on Duende, quoted Manuel Torres as saying “whatever has black sounds has duende.” He goes on to explain “The duende, then, is a power and not a construct, is a struggle and not a concept.” The duende is a primal force, linked with the dark, with blood, with death, with struggle and turmoil.

This dark primal urge is not meant to seem negative or ominous, but rather celebratory. Says Lorca “In every country, death comes as a finality. It comes, and the curtain comes down. But not in Spain! In Spain the curtain goes up…In Spain, the dead are more alive than the dead of any other country of the world.”

This idea of a life-force that is akin to something of a death force is comparable to the Mexican All-Souls day, of which Lorca mentions as perhaps the best example outside Spain, a day to commemorate the dead that is marked with feasting, celebration, costumery and color. Duende, and awareness of death, epitomizes the flavor of Spanish life and culture, one that is poigniantly and vibrantly aware of its own mortality, spirituality, struggle.

Says Lorca: “The knife and the cart wheel and the razor and the singing beard-points of the shepherds, the shorn moon and the fly, the damp lockers, the ruins and the lace-covered saints, the quicklime and the cutting line of eaves and balconies: in Spain, all bear little grass-blades of death, allusions and voices perceptible to the spiritually alert, that call to our memory with the corpse-cold air of our own passing. It is no accident that all Spanish art is bound to our soil, so full of thistles and definitive stone.”

To contemplate and understand the work of Lorca and the other Gen '27 poets, one must be aware of this facet of their work.Though duende is never mentioned by name, or used as a subject, it underlies the words and meaning of Lorca and his contemporaries.

The onset of the Spanish Civil War led the group to disintegrate. Lorca himself was murdered, either in a political assassination or as a homophobic act of violence. Many other members faced exile, repression, and persecution for their political and literary activities. However, despite these setbacks, many of the Generation of '27 artists continued to produce work that documented the struggle and conflict going on around them. Even as the group as a whole lost its ties to one another, the poetry of its artists continued to reflect the lives, deaths, politics and culture of Spain. 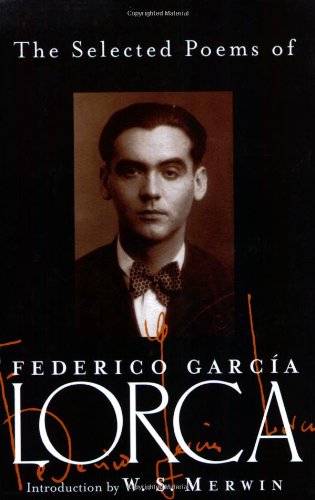