The Humor in Chapter One of Wuthering Heights

A Visit to Wuthering Heights Turns Out to Be Far More Than Mr. Lockwood Bargains For

Long before the gothic and supernatural elements unfold, the opening humor provides a perfect springboard for the drama that follows.

When most people think of Wuthering Heights, they picture the wild moors, Penistone Crags, unrequited love, and eventual madness. But Wuthering Heights as penned by Emily Bronte offers far more than tempestuous emotions and villainous characters. Some surprisingly good snippets of humor are offered in the written version, which film adaptations do not often, if ever, address.

These humorous passages are skillfully interwoven at the start of the work and provide a striking contrast to the tumultuous events that follow. Superbly crafted, they are deserving of merit and well worth sampling.

The dark humor adds to a literary masterpiece that has stood the test of time and continues to resonate with generation after generation.

Mr. Heathcliff and I are such a suitable pair to divide the desolation between us.

A Trip Across the Moors

Poor hapless Lockwood, the new tenant at Thrushcross Grange, attempts to visit his landlord over at Wuthering Heights. He leaves Thrushcross Park and after a four-mile journey on his horse, which would have been no small undertaking considering the steep and somewhat precarious ascent to the Heights, he arrives.

He is struck and pleased by the remoteness of Wuthering Heights. He has rented the Grange to get away from it all and he happily figures that he and Heathcliff, with their locations so far removed from the stir of society, are in a perfect misanthropist’s heaven.

In relating what befalls him at the Wuthering Heights farmhouse, most readers can't help but find events humorous. It's a comedy of errors from start to finish.

A Drear, Windswept Location and a Reclusive Landlord

Pure bracing ventilation they must have up there at all times indeed.

"Wuthering Heights is the Name of Mr. Heathcliff’s Dwelling"

He little imagined how my heart warmed towards him when I beheld his black eyes withdraw so suspiciously under their brows.

The Forbidding Master of Wuthering Heights

A Meeting With Heathcliff

Lockwood fancies that he and Heathcliff share similar reserved natures and because of this, he isn't deterred or put off by Heathcliff's attitude.

Heathcliff refuses to offer a handshake. Lockwood relates, "His fingers sheltered themselves with a jealous resolution, still further in his waistcoat."

After a few words, Heathcliff tells Lockwood to walk in. Lockwood reflects that the "walk in" is uttered with closed teeth and expresses the sentiment, "go to the deuce."

Heathcliff sullenly precedes Lockwood up the causeway. While most people would figure it might not be wise to continue, Lockwood decides to follow, curious about a man more exaggeratedly reserved than Lockwood himself.

As the surly landlord, Heathcliff's attitude is perhaps not quite what Lockwood anticipated, but to readers, it is funny and sets the stage for what happens next. And sure enough, Lockwood gets a little more than he bargained for.

Joseph was an elderly, nay, an old man... looking, meantime, in my face so sourly that I charitably conjectured he must have need of divine aid to digest his dinner,

"The Lord helps us!"

After his unpromising brush with his landlord, Lockwood next encounters Joseph, the servant, whose only utterance is, "The Lord help us" in an undertone of peevish displeasure. Joseph looks at Lockwood so sourly, Lockwood concludes that the man must have need of divine aid to digest his dinner.

Joseph has been a longtime inmate and is a perfect fit to live at Wuthering Heights, every bit as surely and disagreeable as the master.

Neither one appear to want to be bothered at the intrusion of an unexpected guest and they make no effort to hide their disdain.

Joseph is dispatched to look after Lockwood's horse and to get him some wine.

I took a seat at the end of the hearthstone... and filled up an interval of silence by attempting to caress the canine mother, who had left her nursery, and was sneaking wolfishly to the back of my legs, her lip curled up, and her white teeth watering for a snatch.

Lockwood Tries to Befriend the Dog

Once inside, Heathcliff reminds Joseph to get the wine and he disappears down into the cellar, but after some time, Joseph doesn't emerge.

Lockwood, meanwhile, tries to pet one of the dogs. Heathcliff warns him to let the dogs alone.Then calls down to Joseph, who seems to be taking forever in the cellar. Joseph mumbles in reply and Heathcliff decides to investigate matters and leaves Lockwood alone with the dog.

Some turn of my physiognomy so infuriated madam that she suddenly broke into a fury and leapt onto my knees.

A Comedy of Errors That Goes From Bad to Worse

Lockwood has no desire to come in contact with fangs, so he sits still, but to pass the time, he engages in "tacit insults" winking and making faces--and these actions so infuriate the dog, she promptly attacks him!

She jumps onto his knees and he flings her back and tries to put a table between them. More dogs emerge from hidden recesses and now he has to contend with half a dozen four-footed fiends. Feeling his heels and coat-laps subjects of assault, he fends them off with a poker and calls frantically for help.

Mr. Heathcliff and his man climbed the cellar steps with vexatious phlegm: I don’t think they moved one second faster than usual, though the hearth was an absolute tempest of worrying and yelping

"What the devil is the matter," says Heathcliff, unmoved by his tenant's plight, and he tells him the dogs have every right to be vigilant and won't meddle with those who touch nothing.

"Not bitten are you?" he asks, and for the first time, he breaks into a grin. Lockwood perceives that Heathcliff is amused and at his expense.

The herd of possessed swine could have had no worse spirit in them than those animals of yours, Sir. You might as well leave a stranger with a brood of tigers!

Lockwood is still upset, but he knows it would be foolish to sit sulking for the misbehaviour of a pack of curs. And he won't allow Heathcliff further amusement at his expense, since Heathcliff's humor takes that turn.

The two pass an hour in reasonably civil conversation and Lockwood, thus encouraged, offers to come again. This, however, isn't greeted with any kind of civility on Heathcliff's part, but Lockwood foolishly decides on another go-round.

Characters in Chapter One

The audio book below is an absolute treasure and holds true to the work just as Bronte penned it. The skilled readers infuse so much personality into their respective roles that each character comes to life.

The readers do a remarkable job of the humorous sections imbuing the words with tonal qualities that are top-notch. I encourage readers of this page to listen to Chapter One. If you do, you may well find you become hooked on Wuthering Heights.

An Excellent Read and a Timeless Classic

The story, while employing somewhat antiquated English, isn't hard to read through. In fact, once readers develop a feel for the nuances and different terms, they may well find that this book is a most enjoyable read. It is well-paced and doesn't get boring. Not by a long shot.

There is an indefinable "something" in Wuthering Heights that sees people returning to taste of its offerings again and again. Whether you listen to the audio book or you get your own hard copy and read through it, this is a story that will draw you in.

While the film versions are also enjoyable, they barely scratch the surface, and one cannot gain a full understanding from these. This was a comprehensive work and the only way to get a real feel for it and all its nuances is by listening to or reading the words as the author penned them. 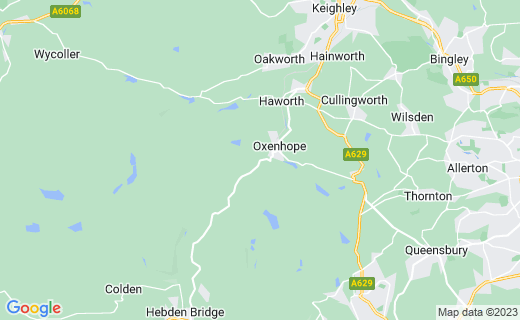 Have You Read Wuthering Heights?

Top Withins as it Appears Today.

How Will Lockwood's Second Visit to the Heights Unfold?