An Analysis of the Poetry of Robinson Jeffers and Gary Snyder: The influence of religion and technology on culture and 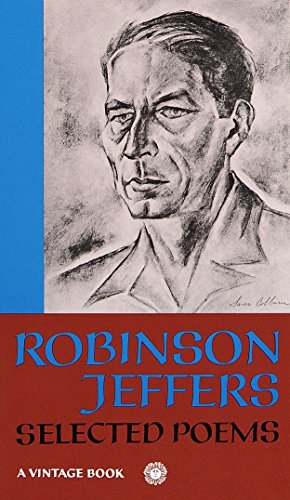 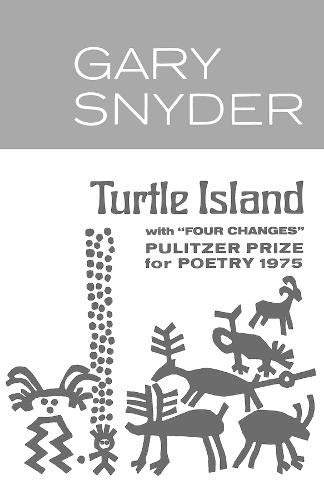 Influence of Religion and Science on Culture and Nature

Paul Tillich wrote that “Religion is the substance of culture; culture is the form of religion.” Culture and religion are inextricably intertwined. Scientific knowledge and technology also maintain a significant role in culture. According to Andrew Murphie and John Potts, “Cultural activities from cooking to music making are dependent on technology”. Culture is heavily influenced by religion and technology in an array of aspects. Robinson Jeffers and Gary Snyder are exceptional poets who have strived to discuss the positive and negative impacts of religion and technology on culture and the natural world.

In “Diagram”, Jeffers refers to two curves. The first curve is that of the “Christian culture-complex” which arose “Fifteen centuries ago, and now past noon/ Drifts to decline”. The Christian culture-complex may be referring to the ideology of Christianity/religion and the affects of that ideology on people’s thoughts and behaviors as a group. “Fifteen centuries ago” is an allusion to the institutionalization of Christianity as part of the Roman culture. The second curve which Jeffers refers to is “the yet vaster curve…of the age that began at Kitty-hawk”. The reference to Kitty-hawk seems to be an allusion to an era of technology and science since Kitty-hawk was the site of the Wright brothers’ first successful airplane flight. This era of technology “is marked by insane splendors and agonies.” The “insane splendors” may be that people are accomplishing great feats through technology, feats which had once been considered impossible or even heretical. However, with the development of scientific knowledge and equipment comes sacrifices, or as Jeffers identifies them, “agonies”. These “agonies” could include Social Darwinism and weapons of mass destruction to name a few.

Jeffers’ deems the new era of advanced technology an issue for concern. This may be assumed by considering Jeffers’ warning, “But watch when the two curves cross: you/children/ Not far away down the hawk’s nightmare future: you/ will see monsters.” Technology and science can achieve miracles, save lives. Yet, they can also bring about destruction and inhumane suffering, unfathomable atrocities. The Holocaust, the attacks on September 11th, the apartheid in South Africa; these are all cases in point. By stating, “you children”, Jeffers may be warning people that they are playing with technology like children play with their toys and each other. Children are not always aware of the consequences of their actions until it is too late. The lasting effects from the utilization of technology are not always known. Jeffers seems to be urging people to consider their actions and the use of technology before great “agonies” occur.

Religion has always been a large dimension of culture, but as religion’s curve fades out it is replaced by technology’s curve. There is a great danger lurking as religion dissipates, as its institutionalization fades. While Jeffers may not be promoting religion he seems to find some merit in it. Religion typically provides a culture with values, morals, and norms for behavior. Will these systems which guide human behavior dissipate as well? If so, there is a fundamental peril for humanity and the planet alongside the curve of technology where people’s actions are not guided by basic truths of justice, and the distinctions of right and wrong. Humans will be “the monsters”, and the “nightmare future” will be the effects of those humans’ actions through an unchecked system of technology.

In “Science”, Jeffers proclaims “Man, introverted man” to describe humans as self-centered and apathetic to the natural world. Jeffers depicts man “having crossed/ In passage and but a little with the nature of things this/ latter century”. Man is becoming ever more separated from the world and “things” of the world even as he moves across it “In passage”. At the same time, the use of the word “crossed” brings to mind the image of a cross or crucifix. Combining this image with Jeffers’ “latter century” draws to mind Jeffers’ curve of Christianity which is ebbing. Jeffers also elucidates that man has “bred knives on nature turns them also inward:/ they have thirsty points though”. Man has been destroying nature through technology. Yet, technology is “thirsty” for man’s blood as well, and man has instrumented that desire. Man may be the demise of himself and the destruction of the natural world.

Snyder’s view of technology is similar to that of Jeffers’. In “Atomic Dawn”, Snyder deems the technology used in the “atomic bomb dropped on Hiroshima” to be a “cruel destructive power” which he denounces and proclaims he will contest. Snyder was dismayed by “the estimate of 150,000 dead in Hiroshima alone, the American scientist quoted saying “nothing will grow there again for seventy years””. He also portrays the destruction of the Buddhas of Bamiyan and the World Trade Center by the Taliban in “After Bamiyan”. Weapons created through science are being employed by those lacking in true virtue to destroy cultural remnants, human life, and “biological nature” with or without consideration of the effects of such actions. These examples are consistent with Jeffers’ “agonies”.

However, just as Jeffers recognized the “insane splendors” which can be achieved through technology, Snyder also acknowledged the benefits which can accompany science and technology. In “Ecology, Literature, and the New World Disorder”, Snyder argues that science is necessary for “the trick of weaving civilized culture and wild nature into the fabric of the future”. Essentially, scientific knowledge must be applied to discover a way for humans to achieve the sustainability of ecosystems and culture. At the same time, “smarter bombs, faster computers, quieter chain saws certainly have their place” as Snyder explains in “Sustainability Means Winning Hearts and Minds”. Additionally, Snyder asserts, “The struggle for the integrity of the environment will need good tools”. Snyder recognizes that technology is an inseparable aspect of culture, yet he maintains that it must be used to the benefit of not only humans but ecosystems as well.

Snyder’s approach to religion seems to be more discriminating than Jeffers’. Jeffers maintains a more Christian background which is emphasized in “Diagram” through his only discussing the “Christian culture-complex”. Jeffers only mentions one major religion in “Diagram”, and seems to leave Christianity to represent all religions. On the other hand, Snyder distinguishes between different religions. In “Ecology, Literature, and the New World Disorder”, he argues that Islam, Judaism, and Christianity “made the sharp separation between the human and the rest of biological nature”. Jeffers may have been hinting at this concept as well in “Science”. On the other hand, Snyder explains that East Asian religions such as Daoism, Mahayana Buddhism, and Shinto maintain that humanity is “part of nature”.

Snyder takes religion to a higher level by comparing it with a culture and that culture’s effects on “biological nature”. In “Ecology, Literature, and the New World Disorder”, he explains that East Asians have always maintained the view that they are “a part of nature”. Therefore, they consider their actions to be natural and over the centuries were unconcerned with issues such as deforestation. East Asian cultures also have a tendency to follow the Hindu and Buddhist “teaching of ahimsa”. However, industrial modernization has made the practice exceedingly difficult. Snyder also hints that the separation between man and nature which exists in Christianity, Islam, and Judaism is a detriment to the natural world.

The rituals and ceremonies which are interwoven with culture are significant to Snyder. He proclaims that “The human contribution to the planetary ecology might be our…awe-inspiring dignity as ritualists and solemn ceremonialists”. In “The Great Bell of the Gion”, Snyder describes the yearly ritual of “The Gion’s huge bell still ringing in the new year”. The bell is rung each new year 108 times to represent the 108 sins of man. Anyone who listens to all of the bell’s tolls will be relieved of their sins. Buddhism teaches Karma which is basically a law of cause and effect. Yet, the Buddha realized that people cannot always be as vigilant of their effects as may be desired. The Gion Bell rings for those who are considerate enough to recognize the later effects of their actions and learn from them. Snyder seems to believe that a ritual such as this is a benefit to humanity and “biological nature” since it requires that people consider the effects of their actions upon all things.

Mythology has been a considerable component of religion and culture. Myths personify morals and ideals. Both Snyder and Jeffers deem myths to be significant. In “Coyote Makes Things Hard”, Snyder asserts that Native American myths are “profound” and that “they are the first, but not the last, stories to be told of where we are learning to live”. Myths are a way for cultures to communicate wisdom about reality and the natural world. Snyder observes that the Native American people “are alive and well, keeping their culture alive, and playing a strong role in the future of their bioregion”. Myths can be a method for cultures to teach appropriate practices for living in harmony with the natural world.

Jeffers also recognizes the “profound” nature of myths as an asset to a culture. Jeffers relies on the symbolism of specific myths to impart concepts. For example, in “Science”, Jeffers portrays a classic Greek myth, the story of “Actaeon who saw the goddess naked among leaves”. Jeffers succinctly describes Actaeon being devoured by his own hunting dogs in order to drive home the point that man is being destroyed by his own devices. Jeffers puts a fresh face on old myths to drive home many of the same lessons which were taught in the past.

Snyder and Jeffers share a mutual recognition of technology’s influence on culture and the natural world, as well as the positive and negative consequences which may arise from its development. There are “splendors” and “quieter chainsaws”, yet there are also “agonies” and “cruel destructive power” which may harm humanity and nature. Jeffers and Snyder have both observed that religion is a large aspect of culture as well. Snyder considers many features of religion to be important such as a morality base, rituals, and myths, yet he distinguishes these between religions and the effects on nature. On the other hand, Jeffers maintains a more Christian base for religion as a value system while drawing on ancient myths to impart meaning. The natural world, human culture, technology and religion are all intertwined, and only through that comprehension can humanity achieve harmony with the world it inhabits.