Yusuf Ali is an atypical American story. He is not rags to riches but rather rats to riches.

Madison Smartt Bell, the author whose imagination inscribed Yusuf Ali’ upon the pages of the parallel universe that is fictional literature, is known for creating colorful characters. A booksrag.com critique commented that “In Madison Smartt Bell’s novels character development is generally stronger than plot development.” Here lies a book in which a plot is conceived to keep its readers preoccupied with its characters whereabouts.

The ensemble delivers with an eclectic group gathered from the grist of the ground upon which New York’s concrete jungle rest. The ensemble consists of these peculiar people:

Porco, the living breathing depiction of the bottom rung on society’s ladder, holds the key by which their story is told; Johnny B Good, the ringleader of their 1980’s era small time “pharmaceutical” distributing street enterprise binds his crew of diverse deviants together via common interest and street savvy; Santa Barbara, the voodoo immersed native of Puerto Rico,supplies an element of weird; Holy Mother, the gang's enforcer is a cross between Tommy from Goodfellas (for which Joe Pesci’s portrayal won an Oscar) with his violent lunatic bent and the Godfather’s Luca Brasi (he who sleeps with the fishes) but lacking the former’s charisma and the latter's loyalty; Yusuf Ali, a 7’0 tall black man adorned with attire worthy of a medieval sultan and fiercely devoted to the teachings of Islam, is a man of contrast.

Washington Square Park; The home address of Yusuf Ali and the crew's enterprise. 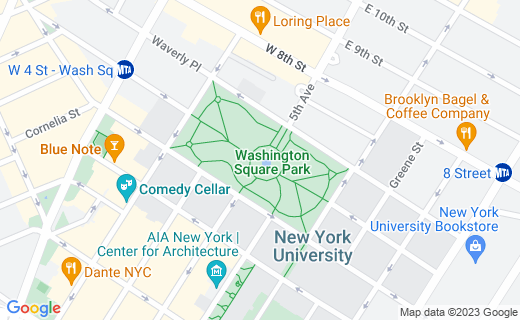 A Rats to Riches Story

Spectators of Washington Square’s close knit criminal cooperative may believe the ensemble lacks a main player. Yusuf Ali, however, maintains three main character type qualities. One, he overcomes adversity. Two, his is a study in contrast that prevents him from being one dimensional. And, third but not least, he shares the age old protagonist trait of internalized evolution throughout the story.

Yusuf Ali quite literally scaled the heights of New York’s stratosphere. The noble giant’s youth involved sharing the basement of a deserted Bronx tenement with “his” rats which explains his childhood moniker of ‘Professor Rat’. The story’s present tense finds him living in a Manhattan penthouse.

The pious one is a devout Muslim. He quotes the Koran and abstains from the decadent lifestyle of those he deems infidels. Yet, his lofty perch symbolically and structurally set high above the rest of the iconic island is afforded by the sale of “pharmaceuticals” Islam would forbid. He refers to Caucasians as devils, but still he admires his white male crew leader Johnny B Goode. He would display the ultimate proof of loyalty towards Johnny at the tale’s end.

Yusuf Ali’s conversion is the key to his transformation from hood rat to penthouse prince. It is also the reason he is among the Hall of James's favorites. The conversion saved his life and made possible his rise among the filth without being sullied. Mr. Ali is an example of a man going through hell without taking on the wiles of the devil. He did not simply improve his situation or simply upgrade his circumstance; he uplifted his soul by an internal change that came via an external exchange, giving himself over to something bigger and better than he. In this manner, he moved away from the rats and towards the riches.