James is a fan of action adventure stories that have a historical element to them..

Here is a man who had to tame the bayous and sometimes the people within them.

Story A Gathering of Old Men

Mathu’s star glows brightest a midst a galaxy of gun toting, gritty, graybeards galvanized by a young lady with gumption. The remainder of these ancient celestial lights gathered at his house to defend him while they would take a one first and last stand against the brutal injustice that had marred them for the whole of their lives. They determined to risk it all before the flames of their ancient fires would extinguish never to burn again.

Mathu was esteemed as the sun among these venerable moons. For, whereas this might have been his last stand, it was far removed from being his first. The men who reached for their rifles to repel any riotous reaction towards Mathu did so because they recalled how he had always rebelled against the sinister racial serfdom imposed by local plantation custom and the bad seeds (men) who sprouted from its sugarcane saturated soil. He often fought force with force. 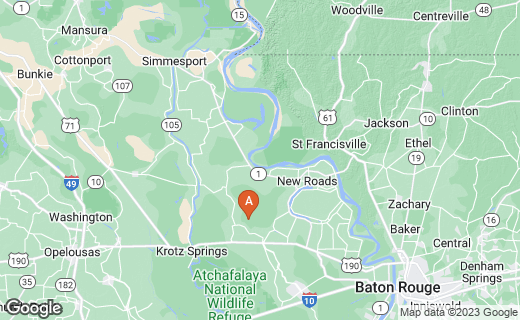 Bayonne, the setting in the author's novels are based upon Ernest J Gaines birthplace at the River Lake Plantation in Pointe Coupee Parish Louisiana.

Mathu’s life long stance against the antics of the atrocious personified the societal parallel to the lone boy who stands up to the playground bully. He may have taken some lumps but he didn't back down. The parish sheriff, Mapes, a hard scrabble, archetype southern sheriff who routinely slapped men around (both black and white) to express his contempt towards them dared not to do so with Mathu.

Mathu represented power and manhood to his peers much like Joe Louis and Jack Johnson did before him. However, he did so without the recognized legal rights and economic incentives that the two boxers enjoyed. As such, he acted as the precursor of the new era (1970’s) in which this gathering of old men would take place. A newly bold septuagenarian who came to his defense announced the dawning of this new day with the proclamation that “aint go’n be no lynching tonight.”

Yet for all this, Mathu was not simply guts and gruff. Candy, the young Caucasian lady who organized the gathering, cared about him for good reason. He was the closest man to a father that she had ever known. He along with a sympathetic southern matron contributed to her care after she was orphaned and left to depend upon relatives who though wealthy were mired in an alcoholic stupor. To Candy, when someone was messing with Mathu they would have to get past her.

Mathu was akin to an alpha wolf. He defended his turf with severity but yet he had compassion and protected those in need. And, thanks to him the necktie party did not go on as planned.