"The Last Train from Hiroshima" Controversy

"The Last Train from Hiroshima" by Charles Pellegrino

Charles Pellegrino's book about the aftermath of the atomic bombs dropped by the United States on Hiroshima and Nagasaki, three days later, describes the experiences of some of the survivors of the attacks and the horrific deaths of the majority who did not survive.  One of the survivors, Tsutomu Yamaguchi, died two weeks ago at 93. He lived through the first atomic blast at Hiroshima and the second as well after fleeing to Nagasaki. Yamaguchi was one of 165 people who survived Hiroshima only to end up in Nagasaki just in time for the attack there. Pellegrino's book calls to mind Bob Dylan's powerful images in his epic poetic anti-war songs-- "It's a Hard Rain's a Gonna Fall" and "Master's of War."

According to Pellegrino's account, the survivors survived by good luck, sheltered from the "gamma and infrared death rays," and then from the the after shock blasts. The lesson learned by the survivors was that if you see the flash, then you have a brief few seconds to take shelter from the blast. Wearing white clothing apparently helped some as well. A doctor reported "numerous instances of women and children wearing patterned clothing, sometimes displaying flowers on white cloth. The dark flowers were now branded onto their skin." Skin under wrist watches was branded as well where the metal met the skin. The bombs heated metal until it glowed. Some reported that the smell of burning flesh was "quite similar to the scent of squid when it was grilled over hot coals, with a few pieces of sweet pork thrown along side." Pellegrino also describes the lingering effects of what the Japanese called "atomic bomb disease."

Pellegrino's book vividly catalogs the horrors suffered by the people of Hiroshima and Nagasaki. He follows his survivors who trudge through the nightmare wasteland where they saw what they called the "ant-walking alligators," eyeless and faceless men and women with "their heads transformed into blackened alligator hides displaying red holes, indicating mouths...The alligator people did not scream. Their mouths could not form the sounds. The noise they made was worse than screaming. They uttered a continuous murmur--like locusts on a midsummer night. One man, staggering on stumps of legs, was carrying a dead baby upside down."

Pellegrino doesn't offer an explicit answer to questions about the the morality of Truman's decision to drop the Bomb on Japan. Rather, he allows his detailed descriptions of the accounts of the survivors as well as those of American and Japanese pilots speak for themselves. He relates Yamaguchi's plan to end nuclear war: "The only people who should be allowed to govern countries with nuclear weapons are mothers, those who are still breast-feeding their babies." 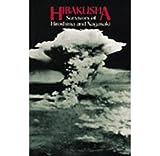 Dylan's "A Hard Rain's a Gonna Fall is on this album. 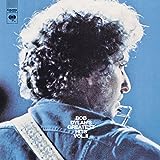 Book-War Made Easy by Norman Solomon

War Made Easy: How Presidents and Pundits Keep Spinning Us to Death
Buy Now

Excerpt from "The Last Train from Hiroshima" by Charles Pellegrino