The Headless Horseman of HubNuggets Hollow

The all-time favorite scary Halloween treats of my childhood were the magical Walt Disney Halloween specials that aired in the week before October 31st. We looked forward to a full hour of "frightful fun" on Sunday night, hosted by theMagic Mirror, featuring trick-or-treating with Donald Duck, his nephews, Huey, Dewey, and Louie, and those cheeky chipmunks, Chip and Dale.

Better yet, we might be treated to "The Sorcerer's Apprentice" , or "A Night on Bald Mountain", both fright-filled offerings. Other Disney gems featured our childhood-favorite, Disney cartoon villains - the wicked Queen from Snow White, the evil stepmother who was so vile to Cinderella, and the eminently chilling Headless Horseman of Sleepy Hollow.

Bare, twisted tree limbs loomed against the deepening blue of the autumn sky, clattering and groaning as they chafed together in the rising wind. KoffeeKlatch Gals hurried towards the Inn where the rest of the HubNuggets team waited.

"Hopefully, one of them has found the HubNuggets Wannabes list," she thought, pulling her collar higher against the cold. remembering how an urgent message from HubNuggets Central had sent them racing to this sleepy hamlet - HubNuggets Hollow.

"Manager Maddie was contacted by a local school teacher, Mr. Crane, who claims he can help locate this week's HubNuggets Wannabes. He says a clue is hidden with some old documents containing the legend of a headless horseman who terrorizes HubNuggets Hollow every Halloween." Master Marketer Menayan sounded tense. "You must recover the list in time for everyone to read and vote before they go Trick-or-Treating."

By the time Gals reached the Hollow Inn, a gracious Bed 'n' Breakfast nestled among ancient trees, and just down the lane from Ye Olde Church Yard, Sci-PI Inglish, the team's expert on ancient legends was already hard at work, poring over piles of dusty documents.

"What's that?" mumbled De Greek, around a mouthful of Plum Crumble, one of the dessert specialties of the Inn. "Did you find the recipe for this delectable dainty?"

Sci-PI laughed. She carefully warmed an old parchment in front of the fire. Gals and De Greek stared as spidery brown writing bloomed on the ancient surface...

Which one of this week's Gender and Relationships nominees is your favorite?

106 people have voted in this poll.

The Gender and Relationships Nominees 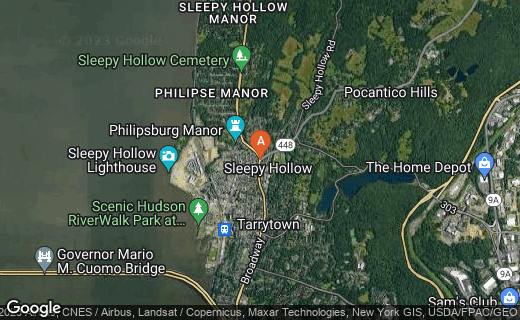 While Sci-PI, Gals and de Greek were reading and voting, Enelle Lamb and RedElf followed a winding path through the nearby woods.

Ever-deepening gloom shrouded the forest, but the HubNugget hunters pressed on towards the lonely cottage rumored to hold a clue - one they hoped would lead to the HubNugget Wannabes.

At last, the path widened into a clearing, and they stopped, amazed to see a tiny, perfect, Gingerbread house.

"We must have taken a wrong turn back at the crossroads," muttered Enelle, unrolling an ancient map.

"This gingerbread isn't fresh." RedElf glared at the morsel she'd broken from the cottage. "And these peppermint patties taste like Styrofoam!"

"Hey, you kids get away from there!" yelled a voice from behind the cottage. "This is a closed set!"

A burly security guard rounded the corner of the cottage, and moments later, the intrepid duo was deposited on a brightly lit street near the Inn.

"Well, that's just perfect," grumbled Enelle in disgust, as she watched the security guard march back into the forest. "We travel halfway around the world searching for HubNuggets and end up on the movie set of Hansel and Gretel."

Enelle folded the map to stuff it back into her pocket, but, as if with a mind of its own, the map fluttered to the ground, landing on some damp leaves. As she bent to retrieve the faded parchment, RedElf grabbed her arm. "Wait, Enelle! What's on the back of your map?"

The two watched as the moisture from the leaves soaked into the parchment, causing the hidden writing to reappear - another list of HubNuggets Wannabes...

Which one of this week's Holidays and Celebrations nominees is your favorite?

85 people have voted in this poll.

The Holidays and Celebrations Nominees 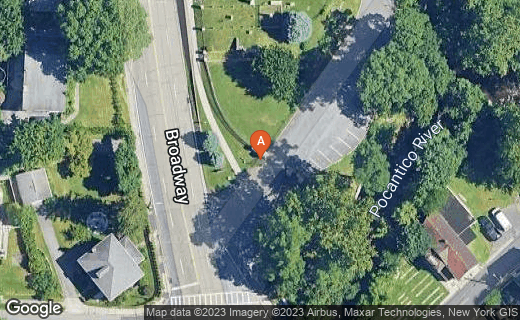 Enelle and RedElf had barely finished reading and voting when Zsuzsy Bee came dashing towards them.

"Run! Get away!" she called, flapping her arms as if shooing a flock of geese.

Thick, wind-driven mist gusted around her, washing towards the thoroughly alarmed pair. Dead leaves swirled about them in the suddenly darkened lane. The hoof-beats of a galloping horse echoed eerily in the gloom.

"Run!" Zsuzsy panted up almost out of breath.

"She's right behind me..." Zsuzsy's voice trailed off in horror as she stared over her shoulder into the darkness.

Wind-blown leaves pelted the trio. They braced themselves against the rising gale, shouting for their missing friend. As the hoof-beats pounded closer, a terrifying, maniacal laugh reverberated along the lane.

Out of the swirling fog, a midnight-black apparition raced towards them across the old church graveyard.

Zsuzsy Bee, gathered the kitties to her. The three clung together, rooted in fear, as the mighty, black stallion clattered across the lane to rear above them, his hooves striking sparks from the cobbles. His headless rider raised a glowing jack o' lantern aloft in one black-gloved hand.

"Thanks for the lift, Simone."

Ripplemaker smiled serenely, and swung lightly down from her perch behind the fearsome apparition. "Here's your sword," she continued, exchanging the huge saber she carried for the glowing jack o' lantern.

The dark rider waved her saber over the empty space where her head should have been, and spurred her horse back towards the graveyard with a swirl of fog and leaves that vanished in her wake.

Ripplemaker stared after the rider. "Hmmm - maybe that was Maddie. It's so hard to tell with no head to go by...Oh, well."

Smiling again, she held out a scrap of parchment. "I found the last of the missing lists," she announced calmly. "We can share this with the others before we all go Trick-or-Treating."

With that, she headed for the welcoming lights of the Inn, jack o' lantern and list in hand, leaving the still-trembling trio to stagger bemusedly in her wake. Her happy voice floated back in the still, crisp autumn air. "I'm so glad I brought some extra things - I know exactly what costume I'll wear this year."

Which one of this week's Religion and Philosophy nominees is your favorite?

36 people have voted in this poll.

The Religion and Philosophy Nominees

Zsuzsy Bee, Enelle Lamb and RedElf recovered from their fright in time to enjoy the Hubnuggets Team Halloween Masquerade Ball, with Gals, Sci-PI, De Greek, and all the HubPages staff. Ripplemaker won first prize for Most Creative Costume...

The Headless Horseman, er HorseWoman, took Ripplemaker's advice, and joined a support group for the Involuntarily Beheaded. Their motto is "Headless and Dead - Enriching Souls", or "H.A.D.E.S." She and her horse are active members of a Singles Square Dance Club, and I'm happy to report they are getting out more, and enjoying life...er, afterlife, er, whatever...though we're still not sure if she is Simone or Maddie as neither has showed up for work yet...