The Life of Gabriela Mistral

The Life of Gabriela Mistral

A magnificent author, teacher and mentor, Gabriela Mistral grew up in a poor village and eventually rose to become one of the most recognized female authors in South America. She was awarded many times during her writing career, one of those awards being the Nobel Price in Literature for her lyric poetry which, inspired by very powerful emotions, has made her name an icon of the idealistic aspirations of the entire Latin American world.

Gabriela Mistral is one of the most influential writers from Chile. She was born in 1889 in Vicuña, Chile but was raised in the small village of Montegrande. Both of her parents were schoolteachers. Her mother, Petronila Alcayaga of Basque decent, and her father, Jeronimo Godoy Alcayaga Villanueva, was a poet and teacher of Jewish and Indian ancestry.

Gabriela Mistral was actually born Lucila Godoy Alcayaga. When Gabriela turned nine she began to attend school, which only lasted for three years however, during this time she discovered her love for poetry and began to write. By the time Gabriela turned 15 she was already supporting her family with a teacher’s aid job she had in the seaside town of Compania, near la Serana.

In 1904 at the age of 15 Gabriela published a few early poems including Junto al Mar, Ensonaciones and Carta Intima. She also had her writings Diario, Radical, La Voz de Elqui and El Coquimbo published in the local newspaper.

When Gabriela turned 16 she moved to the town of La Cantera. It was here where she took a job and fell in love with a young man. Two years into their relationship her young lover committed suicide. Upon his death the only possession he had was a postcard that Gabriela had sent him years before. His death affected her deeply, so to deal with it, she wrote Sonetos de la Muerte, Sonnets of Death. It was in 1908 when she began to write under the name of Gabriela Mistral.

In 1912 Gabriela received her secondary school teacher’s diploma. She was hired to teach at a school near Santiago. It was there where she was introduced to Chilean literary. She soon began to publish some of her own poems in various periodicals. One of these three published poems was Sonnets of Death, for which she was awarded the National Prize in poetry in 1914.

Gabriela was appointed director of a girl’s secondary school in rural Punta Arenas in 1918. The area of Punta Arenas, with its cold terrain, was inspirational for Gabriela. It was in Punta Arenas where she wrote a series of poems including Patagonian Landscapes.

She continued her teaching career in Chile until 1922 when the Mexican minister of education invited Gabriela to create programs for the poor in Mexico. The first thing on her list was to introduce mobile libraries that were to be used in the rural areas in order to make literature available for everyone. Gabriela continued her work, editing a book entitled Reading for Women. She also traveled to other countries and studied their methods of teaching.

Gabriela published her first volume of collected poems in 1922. She called them Desolacion (Desolation). In these poems she articulated her feelings about death and pain. In 1923 Gabriela Mistral was awarded as Teacher of the Nation by the Chilean government. In 1925 she published another collection of poetry entitled, Ternura (Tenderness). This collection of poetry was for children and was about of the celebration of motherhood.

She continued to publish her collections the first being Questions in 1930 and Tala in 1938. She also began to write fables that she had published in periodicals. However, the main themes in her writing were of childhood, religion, beauty, maternity, love and death, as well as the love she had for her native land. As her fame grew she began to make speeches and attend conferences. She also had a strong inner desire for justice.

For almost 20 years Gabriela Mistral was Chile’s overseas representative in various consulates including the United Nations and the League of Nations. She eventually moved to the United States where she took up a teaching position at Barnard and Middlebury Colleges. 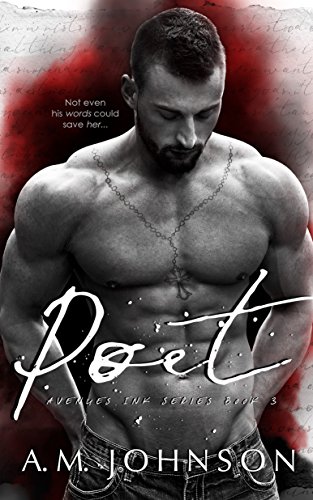 Her writings became more centred on the personal events in her life such as betrayal, travel, nature, sorrow and recovery. While her heritage was that of Amerindian and Basque her literature began to include a mixture of Native American, Latin American and European influences.

Her most significant accomplishment came in 1945 when she was awarded with the Nobel Prize in Literature. She was the first Latin American woman to win such notable recognition. Her writings have been translated into many foreign languages including Italian, Swedish, French, German, and English.

Gabriela Mistral died in 1957 in the United States. She was flown back to her native land of Chile and buried in her hometown of Montegrande.