Analysis of The Other Paris by Mavis Gallant

The institution that was once valued to be of utmost importance has become devalued over time. Mavis Gallant’s pensive observation of the devaluation of the institution of marriage has led him to provide social commentary in his novel; “The Other Paris.” Gallant has painted a sarcastic yet serious picture of the nuptial tie between his two characters Carol and Howard with a brilliant technique; he uses a narrative voice employing fine details, vivid imagery and cliché symbols. As he progresses through the excerpt, Gallant explicitly describes the characteristics of both his characters. He expounds on Howard and Carol: to note the evolution from marrying from love to finding the ‘perfect mate.’ One can gather from Gallant’s commentary that marriage has been reduced from finding true love to searching the most suitable ‘mate’.

Gallant uses symbolism as the first part of his narrative technique to begin his subtle statements on society’s value of holy matrimony. Symbolism is first employed in the title, where Paris is seen as the city of all lovers where all perfect romances and proposals bud. Next he brings in to light the misty background around the Eiffel tower, a cliché symbol for the perfect romance. He further uses imagery such as the “barrows of violets” and “acacias in flowers” to convey the feeling of perfect proposal. The next technique used by Gallant is the fine detail such as “tuna fish” and the time span Howard and Carol had known each other. He purposely includes the time span to convey a sense of surprise; was it really possible a couple would marry only after three weeks of knowing each other? Gallant states the obvious point that marriage is no longer based on love, passion and self-sacrifice; however it is based on the degree of social ‘commonness’ that is present between couples. Gallant shows how marriage has evolved from being sacrificial to being selfish because spouses tend to marry only when they possess something “in common.” The social commentary Mavis Gallant has given in his novel is only possible through a narrative voice, which enables him to provide social statements that the value of holy matrimony is decreasing as time passes on.

Gallants subtly reasons that marriage in essence has lost its value because the individuals who get married, do not get married because of true love as in the case of Jane Eyre and Mr. Rochester in Charlotte Bronte’s novel; nevertheless they marry because they feel external pressures from their surroundings. To better understand Carol and Howard, Gallant gives fine details about both the characters. He starts with how Carol has the “business of falling in love” giving the feeling that loving a spouse is just another chore among the daily squabbles of life. Next he narrates Carol’s naïve thinking about how love can grow under “ a good climate, enough money…” But the epitome of characterization is reached when he narrates that Carol had taken college classes to love her spouse. Gallant expounds this detail about Carol’s character to show her foolishness because it is ridiculous that on has to take college classes to love and marry. Through the description of Carol’s character, he has subtly made the statement that love is just another subject of scrutiny in higher institution of learning. Next Gallant explicates Howard who is seen as though he was forced in to marriage. When one reads this excerpt, it can be understood that Howard was a “discontented bachelor”; trying to ease his discontentment by marrying Carol. Howard is getting married to Carol only because his sister had told him he had to marry “some nice girl…” Force plays a major role in matrimonies and Gallant recognizes the effect through Howard, who is under pressure to marry some one quickly. Gallant characterized Carol and Howard as bumbles to illustrate the thought that love is no longer needed, but rather finding the ‘perfect mate’ is the only thing that matters which has ultimately devalued the value of holy matrimony.

Through his novel, Mavis Gallant wishes to point out that love is absolutely necessary for a successful matrimonial relationship. Merely finding a ‘good mate’ and hoping to nurture love under good circumstance such as “good climate” is ultimate foolishness, which can lead to failure and divorce. Finally, Gallant comments that society is twisting the sacred institution of marriage in to another ritual depriving the relationship of self-sacrifice and love. He implies that finding a mate is easy as even animals can do that, but what they can not do is love and in the novel “The Other Paris”, he comments that man is on his way to become more like an animal since all he needs to survive is ‘perfect mate.’ 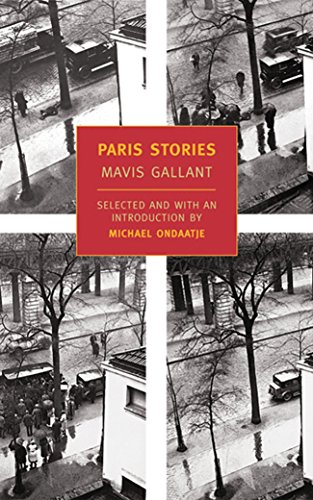 Buy The Book Online - A paperback version of this story by itself is available from Amazon for $14.99