The Problem With Othello

Although a confident and masterful general, Othello is unable to cultivate the fundamentals of a healthy psyche. While jealousy is obviously present in the character of Othello, it is only a symptom of other underlying factors. From deprecation of self and his race, to poor judgement of character, to an overemphasis on career, and the unfortunate intervention of fate, Othello loses the battle against the enemy we all must eventually confront – ourselves.

Early in the play the reader/viewer is faced with Othello’s lack of self esteem particularly in view of his dealings with social or personal matters. Ironically Othello confesses with the voice of a poet that “Rude I am in my speech” (1.3 83) giving the distinct impression Othello sees himself inferior to his Venetian hosts. He continues in an apologetic tone, “Yet, by your gracious patience/ I will round an unvarnished tale deliver…” (1.3.91-92) where he plainly states he doesn’t have the eloquence he thinks necessary to speak to the court. 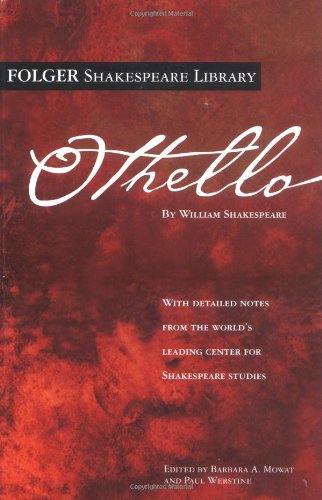 He lays the blame for his inept speech upon his childhood, and life experience; “For since these arms of mine had seven years pith […] little of this world can I speak more than pertains to feats of broils and battle,” (1.3.85-89). Yet his explanation doesn’t cover further self-admonishing in “I am black / And have not those soft parts of conversation [. . .] for I am declined into the vale of years” (3.3.262-265) where he chastises not only his race, but his age, and blames them for what he believes is the loss of his wife to another man. Such statements indicate that Othello often believes himself unworthy within his adopted society.

Clearly Othello is a foreigner in Venice, and this ‘otherness’ or exotic standing can lead to disadvantages. Iago takes advantage of this and manipulates his general by seeding doubt and using the Moor’s foreign status to explain Venetian differences; “In Venice they do let god see the pranks / they dare not show their husbands” (3.3.202-03),  thereby slighting Othello’s faith in Desdemona. Iago continues to drip his poison with skill when with a few well placed words he has Othello musing “how nature erring from itself” (3.3.229) and questioning Desdemona’s willingness to step outside her societal norm to marry him. This also succeeds in belittling the already beleaguered  position of Othello in his own eyes, and the tentative state of his marriage.

From the beginning of the play Shakespeare casts doubt on the reasoning behind Othello and Desdemona’s marriage. That “She loved me for the dangers I had passed / And I loved her that she did pity them,” (1.3.168-169), is not a solid reason to marry, especially in an era where marriages were made for political or financial gain. Marrying her because of her pity exhibits Othello’s lack of confidence in himself. Unrealistically, Othello puts all his faith upon his happiness with his new wife; “not another comfort like to this / Succeeds in unknown fate” (1.2.189-190), which is unwise, as Desdemona is only human. Her father warns his son-in-law, “She has deceived her father, and may thee” (1.3.294). While there is never any evidence that Desdemona is anything but  true to the Moor, she, like all people, is subject to mistake.

With their marriage still in the early honeymoon stage Othello is called away to Cyprus. At her choice Desdemona will follow him, and Othello assures his superiors that Desdemona’s presence will not interfere with his duty; “that you  think / I will your serious and great business scant / For she is with me; no [. . .] when [. . .] Cupid seel with wanton dullness [. . .] let housewives make a skillet of my helm” (1.3.267-73). Not a ringing endorsement of a new marriage. Earlier in the play Othello confesses, “I fetch my life and being / From men of royal siege” (1.2.21-22). It is clear his life is more job than life.  Confirmation of his devotion to the job comes from Montano who says “ … I have served him, and the man commands / Like a full soldier (1.2.35-36).

Iago is another soldier who has served with the Moor, and Iago knows his general well. He is able to use Othello’s trust, and twist it into a vengeful plan whereby Iago hopes to see himself vindicated from the imagined injustices perpetrated by Othello. These injustices include Iago being passed over for promotion, and Iago’s suspicions that the Moor has committed adultery with Emelia, Iago’s wife. “I know not if ‘t be true;” says Iago “But I, for mere suspicion in that kind, / Will do as if for surety” (1.3.381-383). The general’s Ancient then reveals his method, and in so doing lets it be known that Othello is not very discerning in his judgement of others; “The Moor is of a free and open nature / that thinks men honest that but seem to be so,” (1.2.392-393). Iago easily leads his superior down a path of doubt and contrived circumstance, and if Othello were more secure in his personal relationships and self, it would not have ended as it did. In addition to Iago’s devious plans he is blessed with fate or luck.

Desdemona speaks of fate as being her “wretched fortune” (4.2.135), and indeed many tricks of fate conspire against her and her husband. From Desdemona’s innocent, enthusiastic championing of Cassio, to Iago’s fortunate timing in manipulating a conversation with Cassio which Othello overhears, to the ultimate slip  of fate – the handkerchief; fate twists the plot. The handkerchief loss goes unnoticed by Othello and Desdemona and it finds its way into the hands of Iago, where it will sound a death knell for the unfortunate couple.

The marriage is doomed from the outset, and in Othello’s final scene he recognises many of the elements which lead to the play’s tragic end. He sees that fate has played a hand in the events, calling them “unlucky deeds” (5.2.348). Admitting he “loved not wisely but too well;” (5.2.351) suggests he recognises his lack of discernment, and dubious reasons for getting married. He finally perceives Iago’s treachery in describing himself as “…one not easily jealous, but being wrought / Perplexed in the extreme…” (5.2.351-352). Yet he does not come to grips with his negative self-image, as he compares himself to a “base Indian”, and in fact his murder of Desdemona  confirms this image within himself. His final act of suicide brings the ‘general’ to the forefront as he exacts justice upon the “Turk” that disgraces the state of Venice – himself.