The Shield of Complacency

The first missile hit. It quickly turned into a black and orange flower of flames and debris above the protected city. Its energy traveled on top of the plasma skin of the shield until it weakened. It lasted a few seconds, yet it caught the couple off guard.

“That was kind of pretty,” Charlene said idyllically as she peered toward the western sky.

Billy -- in many respects --couldn’t be bothered anymore. He was so desensitized that the thought of a giant ballistic missile slamming into the plasma shield was just routine and mundane.

“Do you ever wonder,” Charlene started.

“Nah, I’d don’t think about what would happen if the shield failed,” Billy interrupted. He thought to himself: Why is it that every girl I meet always wants to know something about the shield?

“The shield protects us from our enemy. Life goes on. End of story,” he added.

Billy gave her a side glance.

“Have you ever wondered if there is more to this than the shield or the missile?”

Billy chuckled: “Silly girl. This is life, and I have no qualms about living it this way.”

“Oh,” was all that Charlene could say. She peered down at the ground.

Another missile slammed into the shield. She glanced at the blackened smudge it left in the southern skies. It soon dissipated as if nothing had happened.

“The other day, at school,” she began to speak. “The teacher asked if anyone knew how the war started and why it continues to this day.

“You know what? Nobody was sure why the enemy wanted to wipe us off the face of the Earth. Some of them didn’t even know who the enemy was or that it was unusual we live in a bubble to protect us from those missiles. “

Billy shook his head and rolled his eyes. He didn’t care how pretty Charlene was. This talking stuff was getting real annoying, if not boring.

“You know I was a bit perplexed, too,” Charlene added. “And I’m the honor student of the bunch.”

“Huh?” Billy sneered. “You’re kidding me? The mayor and city council use to tell us what’s up all the time?”

“Nah, I’d don’t think about what would happen if the shield failed,” Billy interrupted. He thought to himself: Why is that every girl I meet always wants to know something about the shield?

“Yeah,” he said, somewhat relieved that she got a hint of what he really wanted to do.

“My house is over there. I got a test to study for.”

Billy started his trek, while the dejected Charlene climbed the stairs to an apartment complex. Billy knew it wasn’t her home. She just wanted to get away from him. And that was fine.

He smiled, thinking that he just scored some brownie points with his friends. Wait he tells them that he rejected Charlene Peterson, the prettiest smarty-pants girl at school.

Another missile hit the shield. It was big one, for the expanding wave of five spread along the concave shape of the dome. The shock wave danced upon its surface and nearly approached a lone drone – the one that formed the apex of the dome and was the source.

He smiled when it harmlessly passed the drone. That drone, he thought, can take it like a prize fighter.

“Dumb,” he thought as he started walking again.

He started wondering about the enemy and their persistence. They (and he totally forgot who they were) didn’t get it. That shield was not going to fall. The drones that created them were indestructible. When were they going to learn?

He reached the intersection and watched the bike and pedestrian traffic go by. Years ago, before the shield went up; these streets were filled with cars. Nowadays, they were rare. It was one of those trivial things he could probably tell his kids or grandkids in the years to come.

As for now, he watched the city people meander through the streets, oblivious to the explosions above them.

Something else caught Billy’s attention. It wasn’t an explosion. Instead it was something he had seen every day, yet never paid much attention. It was the sun setting in the west somewhere over the Pacific Ocean.

He stopped for a moment and stared at it. The sun’s rays colored the distant clouds in spectacular tints of orange and red. It silhouetted flocks of birds and anything else that came before them. He seen this many times before, yet it was only now that he truly observed and admired it

He knew Mother Nature was outside the shield. Outside in a world he had long sense thought was cut off from him. Maybe Charlene was right.

As he pondered this, another missile careened toward the shield. Billy saw it from the corner of his eyes; he momentarily glanced at it before returning his gaze to the sunset. He expected to see the flash within second. Nothing new, he thought, as long as it didn’t interrupt his own observations.

However, the flash didn’t come when he expected. Before he could investigate this, he was knocked off his feet by an intense force. For a moment he felt the sensation of flight, and the shock of hitting a hard surface, and then the eventual blackout.

Moments later, Billy emerged in a world unlike anything he had ever seen. People ran, screaming, by him. Some walked around, bloody and dazed. The buildings, homes, and apartment surrounding him were burning rubbles.

The shield had failed. The enemy, whose name had been long forgotten, had found a way to penetrate it. He searched the sky to spot several more incoming missiles plummet onto neighborhoods on the far end of the city, and near the world that was once so important to him. Even the lone drone was gone.

The shock stayed with Billy; however, all he could mutter was “I guess that party’s not so important, after all.” 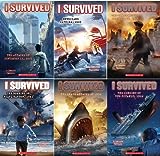