The True Story of Moby Dick

Most speakers of English are at least somewhat familiar with Moby Dick, the great while whale, and the Herman Melville novel of the same name. Most people assume that such a whale existed only in Melville’s imagination, and that a sea mammal would be incapable of sinking a large vessel like a whaling ship – wrong on both counts. Herman Melville didn’t actually create the story of Moby Dick, nor was Moby the only whale to have attacked and to actually have sunk a wooden ship.

Throughout the whaling era, several whales attacked large oceangoing vessels, and at least one of these creatures was white. An albino sperm whale known as “Mocha Dick” prowled the waters off the southern coast of Chile in the early part of the nineteenth century. Much about the white whale was reported by Jeremiah Reynolds, an explorer. One of his accounts was published in an 1839 edition of The Knickerbocker magazine. Mocha is described as being huge, aggressive, and covered with barnacles. The old bull whale survived more than 100 attacks by harpoons, and his skin wore the scars to prove it. He reportedly also carried numerous broken harpoon shafts in his hide.

Mocha Dick was usually peaceful when he or other members of his pod weren’t being attacked. In fact, many sailors have reported his swimming alongside their ships for hours at a time. Once molested, however, the whale would make deep, sudden dives and often leap completely out of the water with violent force. He could completely demolish small harpoon boats with a slap of his tail, and he could do real damage to full size ships, too. Most every whaler in the world at the time knew about Mocha Dick, and they all feared him.

Poor Mocha met a sad fate. In 1838, a calf in the old bull’s pod was killed by whalers, and when the calf’s mother was targeted, Mocha came to her rescue and was killed. Finally, the whale’s actual length could be verified. He was seventy feet long, and his body produced valuable ambergris, along with 100 barrels of whale oil.

There’s little doubt that Melville, who spent part of his youth as a cabin boy, was familiar with the tales of Mocha Dick, but the white whale of the Pacific wasn’t his only inspiration for Moby Dick. His second inspiration came from a man named William Chase.

William Chase was the son of Owen Chase, first mate of the whaling ship, Essex. The Essex departed from Nantucket in August of 1819, in search of whales in the South Pacific. The ship was to be gone for 2 ½ years. In November of 1820, the ship came upon a whale pod off the western coast of South America, and they begin killing members of the pod. While they were busy with the slaughter, a huge sperm whale rammed the ship with its head and sank the vessel.

The 20 sailors survived the attack and divided themselves among the three small harpoon boats. Their ordeal was far from over, however. They were in the middle of the Pacific, 1,500 miles from the Galapagos Islands. They had little food, little fresh water, and no navigational charts. The boats remained together, and a month later, all three reached Henderson Island, a then uninhabited isle that would later become part of the Pitcairns.

By the time they made landfall, the sailors were desperate for food and water. They located a small freshwater spring, and they survived on fish, birds, and fruits. It didn’t take them long, however, to consume all the available foods, so they decided to leave and take their chances at sea. The three boats and the seventeen men left Henderson Island on December 26, 1820. Three of the men remained on Henderson Island, trusting that their companions would send back help.

The other sailors were lost at sea for some three months. Several were sick, and all were severely dehydrated and on the verge of starvation. The three boats tried to stay together, but a storm separated Chase’s boat from the rest. The first man to die on Chase’s boat was Richard Peterson, who expired on January 18, 1821, and he was buried at sea. On February 8, Isaac Cole died, and his companions made the decision to eat his flesh in order to survive. Chase, another sailor, and the Essex’s cabin boy were finally rescued by the Indian, a British merchant ship, on February 18.

The fate of the other two boats was even more horrendous. They were also separated by a storm, and one boat and its inhabitants were never found. On the vessel commanded by Captain George Pollard, they ran out of dead companions to eat. On February 1, Pollard’s crew demanded that they draw straws to see which one would be sacrificed in order to feed the others. The captain resisted, but he finally realized they had no other choice. The short straw was drawn by Pollard’s seventeen-year-old cousin, Owen Coffin. The boy was shot by the man who drew the second-shortest straw, Charles Ramsdell. Pollard and Ramsdell were rescued by the whaler, Dauphin, on February 23, 1821. In all, there were five survivors from the three small boats, and seven men had been eaten.

Okay, all this is very interesting, but what does it have to do with Herman Melville and Moby Dick? As you can imagine, the terrifying experience had a profound effect on the survivors, especially Owen Chase. He suffered severe headaches and constant nightmares, and he secretly hoarded food. Later the same year in which he was rescued, Chase published Narrative of the Most Extra-Ordinary and Distressing Shipwreck of the Whaleship Essex. After writing the account, Chase’s mental conditioned worsened, and he was finally institutionalized. In 1841, young Herman Melville signed onto the whaling ship, the Acushnet. During a gam – a meeting of boats at sea – Melville met William Chase, Owen’s son. William loaned Melville a copy of his father’s narrative, and the rest is history.

Oh, by the way, the three men left behind on Henderson Island were rescued. 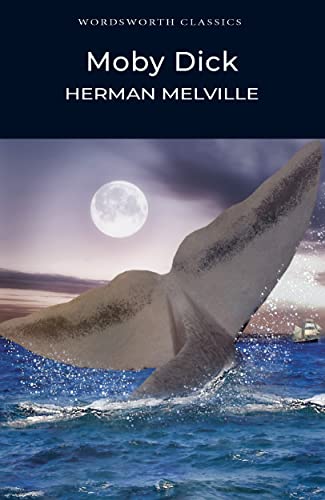