The Tube Well - A Short Story

This is a short story about a young man and his relationship with his mother. It is a very heart rendering story and makes you think about your close relatives, especially the relationship between a mother and a son.

The Tube Well In The Grave

The mansion had four bedrooms on the ground floor all adjacent to one another. The second bedroom from the right was open, without walls and without a floor. Under where the floor should have been, there was earth and it looked like it was dug up, and shaped like the inside of a grave. With old rotted wooden planks on the side, there was a tube well.

An old woman wearing a white shroud covering her from head to toe, leaned against the handle of the tube well, and started pushing it up and down. No water came out, and she continued pushing without any luck, not a single drop of water. The tube well handle was squeaking very loudly, and the sharp humming noiseof the grave became ear piercing as the woman kept on pushing the handle up and down. The old woman knew there was no water in there from the beginning, but she carried on.

The old woman felt she was being watched, so she slowly started to turn around to see who was standing above the grave like earth. One look and she recognised it was her son. Her heart felt like it was going to explode out of her chest, and the son looking over her from some distance, felt the same. By this time both had tears gushing out of their eyes, flowing wildly down their cheeks, not being able to speak a single word.

The old lady looked at her son with a very sad and confused impression as if to say, 'You have let me down, you have forgotten me'.

Her son couldn't move from where he was standing, couldn't hold his hands out to drag her out of the dark grave like hole in the ground. It was like as if he was pinned to the ground.

Her son realised it was a grave, it was his mother and she wasn't in peace. He thought very hard about what it could be. Why wasn't she happy with him? What can he do to make her happy? To help her find peace in the grave? He will die one day and meet her, but if she is not happy with him now, what can he do to make her happy so that he can show his face in front of her after he dies?

The tube well needed pushing of the handle to get any water out, but not a single drop came out. They only needed their weakened hearts to trigger the river gushing out of their eyes.

A mother and son's love is never ending

Love is never ending, even if it's just an atom's weight in someone's heart, especially a mother's for her son and vice versa. If anyone has felt love for someone else, then they do not feel it afterwards, the love is still alive somewhere inside the universe of the heart.

Love your mother, and show it. Remember one thing, we were inside our mother for 9 months before we were born. 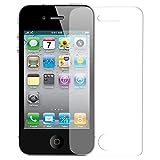 Please view my famous stories 'About Him'