We are all Warriors

We are all warriors with struggles and battles. Our problem is that we indulge too much in the outcome. We either win or lose but only in the battle were alive, alert, aware, focused, powerful and concentrated. That is where we grow and achieve marvelous things. When things become unclear, these ancient warrior quotes can enlighten us.

Between 800 to 900 C.E., a culture based in northern Mexico at Tula began to dominate Central America, known as the Toltecs. They were true people of war and expanded very quickly. They had a great cultural diversity including architecture, social structure and religion. They were also masters of arts in general. In the legend of the Toltecs, their creator and warrior-god Quetzacoatl (the feathered serpent), created humanity. He was one of their many gods and often worshiped through religious ritual. One of those religious rituals was a ball game that was played on a large stone court with a rubber ball as a celebration to the victory of warrior-gods over the gods of death. The loser of that game would be sacrifised to the gods. Around 1200 the Toltec dominance over the religion faded. But these ancient warrior quotes remained with us and are still being used by the shamans of Mexico.

Yaqui Indians: Descendants of the Toltecs

As written in the books of Carlos Castaneda, student of the Yaqui shaman warrior Don Juan Matus, the Toltecs were true warriors/sorcerers, masters of stalking and dreaming. A true warrior comes to the totality of himself if he masters his own awareness. And through stalking and dreaming one can achieve such a state. The art of stalking is learning all the quirks of your disguise, and learning them so well that no one will know you are disguised. For that you need to be ruthless, cunning, patient and sweet. Warriors have an ulterior purpose for their acts, which has nothing to do with personal gain. Through dreaming the corrected their energetic condition to be able to perceive the world in its purest form. Carlos Castaneda wrote extensively about this in his book "the Art of Dreaming". Don Juan explained to Castaneda that dreaming was the "gateway to infinity".

The "Art of Dreaming" go here: Dreaming: The Door to your Other Self

The Principles of Stalking the Self

Warriors must be fluid and flexible, without any kind of habits or routines. Warriors have nothing to lose and nothing to defend. To either lose or defend something simply means that one still has personal possessions that could be blockaded.

For the shaman warriors the eagle represents their maker and owner, the dark sea of awareness, the indescribable force, the power that governs the destinies of all living things. There is no way, therefore, for man to pray to the Eagle, to ask favors, to hope for grace. The human part of the Eagle is too insignificant to move the whole. Before we're born the eagle granted us life, awareness and the power to seek total freedom. The moment before we die the eagle floats above us to take all back of what was his in the first place, our awareness. This happens to every one of us. A warrior however has only one thing in his mind and that is to seek freedom. To die and be eaten by the eagle is no challenge. On the other hand to seek freedom and find it is the ultimate challenge. Those who will use this ability, this gift and find total freedom or total awareness will be left untouched by the eagle.

The Wisdom of a Warrior by C. Castaneda

All the Warrior Quotes and many more are compiled in "The Wheel of Time". 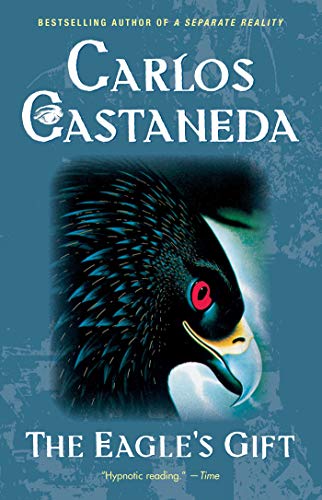 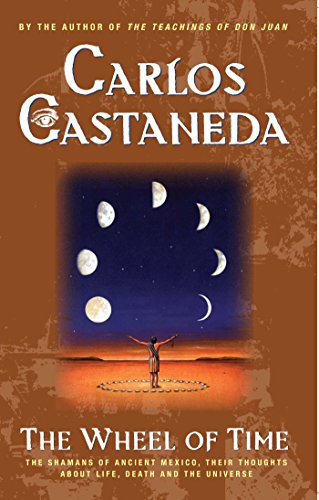 The Wheel Of Time: The Shamans Of Mexico Their Thoughts About Life Death And The Universe
Buy Now

The shaman warriors discovered through the "art of dreaming" that certain body movements and body positions performed in the dreaming state contributed to the overall integrity of the body as a physical and an energetic unit. They actually discovered those movements in a dreaming state and thought that by practicing them in a waking state they could benefit from them too. And they did! That's why they call the Magical Passes. Tensegrity is a modern name and refers to the interplay of tensing and relaxing the tendons and muscles, and their energetic counterparts. Tensegrity is an art: the art of adapting to one's own energy, and to each others energy in a way that contributes to the integrity of the community that we are.

Although there is also a book "Magical Passes" an easy-to-understand description of the passes and quality images, the video's let you learn the passes in a more natural way.