Rand Zacharias is a published freelance writer, author, poet, artist, photographer, and all around jack of many literary trades.

During the era of Canada’s wild west there lived a family McDougall… “and don’t you forget it.”

In March of 1860, John Baptiste McDougall pre-empted land nine months before the parcel of Father Pandosy and the Oblate brothers was made official. He had worked for the Hudson’s Bay Company from the age of sixteen. The 34-year-old and his wife had decided to settle at L’Anse au Sable, present-day Mission Creek, across from the Oblate Mission.

John and Amelie McDougall’s marriage was never recorded in a church’s archives. They were married in the fashion called “the custom of the country.” Some suggest the pairing resulted from the trading of furs with a chief from Kamloops country. Many of the early settlers took native wives and as the missionary Anglican and Catholic priests arrived the couples with children were accepted as married and asked to baptize their children.

The coupling, and resultant offspring, of the star-crossed pair is legendary in the Okanagan Valley. Even today, at Pandosy’s Heritage Mission site in Kelowna one can view a knife-carved etching in the original cabin that John built.

Under a glass casement installed by present-day MacDougalls, Jean and David, the scrawled message on a partition wall reads, “My name is Amabile McDougall and don’t you forget it.” Amabile (also called Amab…pronounced Amap by the Okanagans) was a younger son who was reported to be fearless, and a lover of dancing and music. He died at Duck Lake in 1961 at the celebratory age of 92.

Lord and Lady Aberdeen purchased the McDougall pre-emption in 1891, and she wrote of this “third house” at the Mission site. She describes the walls and ceilings being riddled with pistol shots, which support the rumours of the wildness of the McDougall family.

Amelie had eleven sons with John, so the boisterous nature of the McDougalls may not be that difficult to explain. Amelie’s maiden name was thought to be Topa. The Okanagan term, t’at’tupa means grandparent, and Topa is likely a derivation indicating her legacy and not her true name. She, obviously, possessed the grandeur of being a parent.

Shirley Louis, another modern-day descendant, records an odd story in her first book, We Heard it in the Bushes.

In August of 1865, John dressed in his best clothes, and announced he was going to Colville. Amelie was suspicious of her husband’s motives to head south and followed him secretly on horseback. After a few days, Amelie spying from behind a tree watched John crawl into the entrance of a dwelling.

She must have been tired and feeling betrayed so her actions may not be difficult to understand. She walked to the entrance of the dwelling and ignored her husband. She pulled out a skinning knife, and changed the name of the adulterous woman forever. From this time forward the woman’s name became No Nose Mary.

Louis’ epilogue to the story tells that Amelie then took John’s money and their son, Edward, to her own people in Colville. The discovered tryst required John to regain his wife’s hand. It took three attempts at reconciliation for Amelie to once again return to the McDougall homestead.

They had four more sons after this event, but in a recent interview with Shirley Louis she tells of a newspaper article where John relinquishes any responsibility for Amelie…the two parted ways and John moved to Westbank (present-day West Kelowna). Amelie moved to Kamloops or Colville, it is uncertain, but she is described as being “a woman of good and moral character.” It is believed she died in 1889, while John drowned in 1903 off Okanagan Landing in Vernon while fishing.

The listing of their sons reads like a naming of the tribes of Israel in the Old Testament. Some of them died young, some of their deaths were never recorded, some lived long and active lives.

The legendary tales of the clan McDougall are filled with adventure, and an active depiction of life in the years that the Okanagan Valley was introduced to a mixing of the races. The McDougalls were a blending of Scottish and First Nations' blood themselves, and literally bridged the gaps of Metis, First Nations, and White. Some of their households are reported to have spoken French, English, and Okanagan.

When one of the sons of John Baptiste and Amelie was asked if he were half-breed the reported reply was, “No, sir, I am a McDougall.”

A letter written in John McDougall’s own hand on January 26, 1863 to the provincial government agent of Rock Creek, W. G. Cox, leads to the conclusion that McDougall was trained by Jesuit priests in southern Manitoba till he was sixteen. John was born in Fort Garry (present-day Winnipeg) in 1827 to a Scotsman and a Native woman of the Northwest Territories.

The letter was brought to Louis’ attention by Duane Thomson, professor of history at Okanagan University College in Kelowna. The exceptional scrolled handwriting in the letter is indicative of the Jesuits’ philosophy of excellence, and indicates that John performed the written communication for some of the illiterate early settlers of Mission Creek.

Another story involving the oldest son, Enneas, who partnered with his brother David, were renowned guides and hunters of big game is recorded in C. W. Holliday’s book, The Valley of Youth.

“On one occasion Aeneas had organized a big-game hunting expedition for the Archduke of Austria and a number of his pals. They started out, a most imposing cavalcade, Aeneas in command of the crowd of helpers and a long string of pack horses loaded down with tents and beds and a whole arsenal of guns of every description, to say nothing of many cases of luxuries fit for an archduke to feed on; and all the noble sportsmen bringing up the rear. When they returned, after a month in the mountains, we asked Aeneas all about it; we were rather curious to know what archdukes might be like at close quarters. “Well,” said Aeneas, “I’ve took English lords out huntin’ an’ they never put on no dogs at all; they just treated me as one of them, but these bastards, they figured they was too high toned to mix with us. An’ none of them would do a dam thing to soil their lily white hands. Couldn’t even pack their own guns. An’ shootin’, there wasn’t one of them could hit a haystack. And in the evening the stuck-up so and sos sat by theirselves round their own fire boozing on champagne, an’ we had to sit round ours and they just gave us whiskey! Now them English lords, they can shoot, but these fellows! Pah! We got some good heads for them, they’ll stick ‘im up on their baronial halls and tell how brave they was getting’ them. But me, I don’t want no more of them European kings, to hell with ‘em.”

The Wild Bunch Too 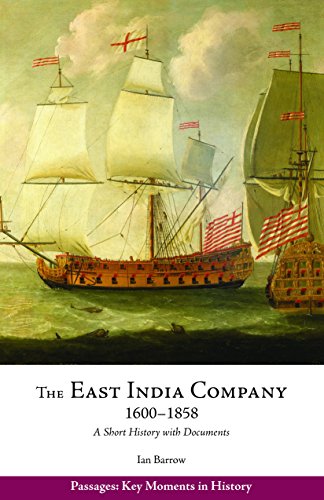