The Week That Elvis Died - a Week to Remember: August 1977

August 2017 marked the fortieth anniversary of the death of Elvis Presley. Although I was never a fan, I remember what I was doing the day he died and the upset it caused at my workplace.

'You Work at the Crab Factory Don't You?'

A Fishy Tale With No Get Out Claws

That summer, how could I forget? It was 1977 - the year that Elvis died and I'd just left the sixth form at school, awaiting my "A" level results. I thought I'd remain idle while the good weather lasted and then find work I enjoyed - not just any job that I deemed beneath me. I didn't mind facing the dole queue once a fortnight when I was able to spend most of the time lounging around on the beach or swimming at my leisure - two of the privileges of growing up on the Devon coast.

Stubborn as I was in those days, I should still have taken my form teacher's advice; she went to the trouble of finding me a perfectly respectable job in a bank to say nothing of the cheap mortgage that went with it, but I didn't even know what a mortgage was in those days. I declined the position, determined to find my own suitable employment. But the long, hot summer wore on and my search was fast proving fruitless. The school I attended - one of the best in Plymouth - still somehow managed to dispense pupils into the real world without a clue as to how to put their education to good use. I soon found to my dismay that "O" levels in ten subjects counted for very little.

Half way through August, my friend Frances, who was about eighteen months younger than me but more street-wise, said she knew where we could find work. She'd left school the previous year with no qualifications whatsoever and had already accumulated quite an impressive CV of dead-end jobs. As long as she had a decent pay packet in hand at the end of the week to go clubbing in Union Street she wasn't too fussy about the job itself.

"They want production line workers at the crab processing factory on Coxside," Frances said. "I'm going along to the interview tomorrow if you want to come. Free overalls and twenty-eight quid a week, how about it?"

It all sounded just a trifle distasteful I but didn't like to say so. Frances, in her matter-of-fact way, would have made some sarcastic comment about the job not being good enough for a high school girl like me. "Okay, it'll be an experience I suppose," I replied, trying to appear enthusiastic.

My mother disapproved from the start, "crab factory! I didn't send my only daughter to Devonport High School For Girls, for her to end up in a crab factory."

But I didn't want to lose face with Frances so the next day we were down at the docks at the crack of dawn for the interview - if you could call it that. A gathering of young people mostly fresh out of school like me and eager for their first decent wage queued up outside the factory gates in the hope of employment. They need not have worried too much, the selection process was easy; as long as you came equipped with two arms and legs you were in, and I was mortified that no-one actually asked me how many "O' levels I possessed.

Issued with blue and white striped overalls and a nylon hat, if you had long hair, we were handed a selection of foul-smelling Wellington boots and told to find a pair that fitted. Then we were shown how to clock on and off.

It was tedious work, on your feet all day in wet and slimy conditions and the only comfort was the radio to help pass the time. We sang along to hits like "Fernando" and "Angelo" but our spirits only really lifted when clocking-off time was drawing near.

We were shifted from one task to another with some frequency to beat the boredom. My first job was doing claws. You were given a special tool to crack them open and scoop out the white meat - hopefully all in one go. Supervisors would check periodically to see that no precious crab meat was left in the discarded claws.

You became used to the stench after a while - one of those pungent, lingering smells that never quite went away despite putting your overalls on a boil wash every single night. In fact, the only good thing about the job was that you were guaranteed a seat on the bus on the way home.

"You work at the crab factory don't you?" people would inquire, turning their noses away in disgust.

"What makes you think that?" Frances would quip and then just for a laugh she would start walking sideways with both arms positioned in front of her like a pair of crab pincers.

I remember the graffiti some witty employee had scrawled on the toilet wall:

"PLEASE DON'T THROW MATCH STICKS DOWN THE TOILETS - OUR CRABS CAN POLE VAULT."

There was no staff canteen so we bought sandwiches from the local corner shop during our lunch break (no self-respecting seaside cafe would let us in). "What would you like?" the friendly proprietor would say, "I've got cheese and pickle, ham and mustard or bacon and tomato?"

We never actually saw the crabs being killed; that happened as soon as the day's catch was landed, long before we clocked-on. We were told they were thrown into a vat of boiling water - like lobsters, there is no other way to kill them.

The factory was an assembly line in reverse, crabs being dismembered, certainly not a job for the squeamish. One day I had to separate the mushy brown meat that forms the main part of the body, from the shell and I was shown how to remove the inedible green-brown fronds known as "dead man's fingers." The rest of a crab is entirely edible - if you can get to the meat that is but with the help of compressed-air blowers it was even possible to extract a meagre amount from the smallest sections of the legs. When we had completed our work, trays of white meat, brown meat and a mixture of both were neatly packaged for the frozen food market and reputable sea food restaurants around The Barbican and Plymouth Hoe.

The production line never stopped but on the day that Elvis died, the management had extreme difficulty keeping it going. A factory full of wailing females did nothing for productivity. No one could quite believe the news in the papers that day and when "The King's" hits were played on the radio in tribute, it started them all off again. I liked his music but was never a fan but I blended in with the melancholy mood at the factory that week as I had news of my own to be tearful about...

The day the "A" level results came through, I discovered I'd failed dismally. Well, it was no great shock really... I hadn't turned up for one of the exams.

"No better than the rest of us, after all," said a gleeful Frances when I told her. "Looks like you're stuck here then."

But my mother had other ideas. Sick of washing fishy overalls, she threatened to evict me if I didn't hand in my notice at the factory by the end of the week. So it was back down the job centre for the remainder of the summer.

Frances wouldn't speak to me for a while after that and remained at the crab factory for several months before she was sacked. Someone told me she'd landed a cushy job as a holiday rep and I was jealous until I met up with her again. Apparently, they'd got it wrong - she'd been working at the Holiday Inn as a dishwasher.

The next post I applied for in September of that year was a live-in general assistant (twenty-three pounds per week plus tips!). It was at a motel in Kingsbridge which to my amusement was called "The Crabshell Motor Inn." I got the job and my status was definitely more dignified this time, although I often ended up in the kitchen - preparing crab sandwiches and salads! 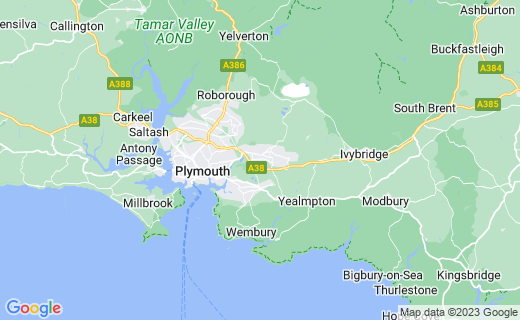 Do you remember what you were doing on the day Elvis died?