The Proverbs, Sayings, and Adages Quiz

Do you know your stuff?

Proverbs, sayings, and adages...we hear them all the time, but do you really know them?

Take this quiz on them and find out if you really know what a bird in the hand is worth and what you could be caught between.

Don't forget to have your friends take the quiz to compare and see who is the best.

How Did You Do on the Quiz?

Did You Answer Them All Correctly?

Did you take the adages quiz? How did you do? Get any of the questions right? Remember all of the sayings correctly? Check the answer below that matches you.

How Did You Do? 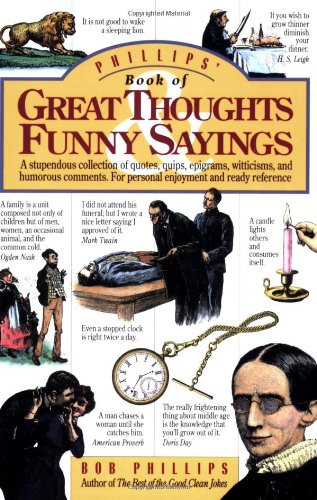 Common Sayings on the Quiz

The Proverbs, Sayings, and Adages on the Quiz

A bird in the hand is worth two in the bush

Caught between a rock and a hard place

Just fell off the turnip truck

Can't see the forest for the trees

Home is where the heart is

If it ain't broke, don't fix it

Looking for a needle in a haystack

It's as clear as mud

A Bird in the Hand

A Bird in the Hand

What is a bird in the hand worth?

A bird in the hand is not worth an arrow, a happy thought, a meal, or an egg, it is worth two in the bush.

Until you actually have a bird in your hand, it isn't worth much since you may not actually be able to get the birds that are in the bush. A bird in the hand is worth two in the bush means that a sure thing is better than the possibility of more.

Don't let that one go to try to catch those other ones, remember, a bird in the hand is worth two in the bush.

Caught Between a Rock and a Hard Place

Caught between a rock and what?

She couldn't escape that conversation with Ted unless she talked to Barney. That poor girl was caught between a rock and a hard place.

Just Fell Off the Turnip Truck

Falling Off That Turnip Truck

When someone seems naïve, we usually say they just fell off this vegetable delivery vehicle.

Although a rutabaga wagon or a squash sedan would be pretty cool, people that are naive as said to have just fallen off of a turnip truck. It's a way of saying someone seems like a country bumpkin who must have just ridden into town with the harvest.

Wow! I can't believe he bought that fake Rolex, it's like he just fell off of the turnip truck.

When something is really easy, we say it's as easy as what?

Logs are often sharply curving and covered in moss and gunk, so they're really slippery and easy to fall off of. So when something is super easy to do, we say that it's as easy as falling off a log.

The strange coincidence of this saying is that it almost always ends up the opposite of easy when used. People say this as reassurance that something is easy to do, and it ends up much more difficult than expected.

Don't worry about it! Putting together the crib will be as easy as falling off a log.

Can't See the Forest for the Trees

What do they say you can't see because the details are in your way?

When you can only see details and not the whole picture, they say you can't see the forest for the trees.

She's so upset over him getting married and says it's only because she wants to plan a wedding, not because she's interested in him. I think she just can't see the forest for the trees.

Home is Where the Heart Is

Home is where the heart is

Home is where what is?

Home is where you keep your stuff and where you live, hopefully it's not where the tornado hit and instead is where your tomorrow is, but the saying is that home is where the heart is. It means your family is where your heart resides. Traveling and visiting places is nice, but there is no replacing that one place where you can alwys go and be yourself, home.

I loved visiting Italy but I'm glad to be home. Home is where the heart is.

If It Ain't Broke Don't Fix It

If something ain't broke, don't what?

If it ain't broke, don't fix it. This saying means don't start meddling with something if there's nothing wrong with it. Many times if you start messing with something you will break it even if it wasn't broken before. So, if something is working fine and not in need of repair, don't meddle with it in case you do something that causes it to go wrong.

Darn it, Linda! Stop taking apart our appliances. The toaster was working perfectly yesterday but only toasts on one side today. If it ain't broken, don't fix it!

When something is tough to find we say looking for it is like what?

Looking for a needle in a haystack is the idiom. It means to look for something almost impossible to find. A needle is smaller than a piece of straw, and it is a similar shape, so if you were trying to find a needle in a big pile of hay there is very little way to find it other than just looking for nearly forever.

These books are all out of order. I don't know how I'll ever find the right one for my class. It's like a needle in a haystack.

Peas in a Pod

When things are similar, we say they are as alike as two peas in a what?

Two peas in a pod are grown together and are nearly identical. They look the same shape and size and probably even taste the same. So when we want to say things are twins, we say they are two peas in a pod.

Those boys are so cute together! They're always talking and walking alike. Why, they're like two peas in a pod.

2107 Curious Word Origins, Sayings and Expressions - From White Elephants to a Song & Dance

As Clear as Mud

When something is confused, we say it is as clear as what?

How are we supposed to put this together? These instructions make no sense! They're as clear as mud.

Heavens to Betsy - And Other Curious Sayings

Heavens to Betsy!: & Other Curious Sayings
I love all the fun and interesting sayings out there. Some are so strange and it's interesting to see where they come from.
Buy Now

Comments about the Quiz - How did you do?