There's A New Kid In Town! (An Essay About Growing Up)

John was born and raised in Australia and subsequently is patriotic and interested in all things Australian: language, sport and culture. 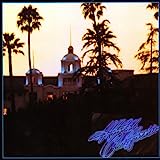 Most of you will remember from some point in your life what it's like to be 'the new kid in town'. Maybe your parents had to move for health reasons, or more likely your dad had a job transfer or needed to take up a better paid position.

It's difficult enough for adults to adjust to a new environment, new job, and to make new friends, but for children it can be a downright nightmare. That is unless you are one of the lucky ones, good at everything you try, popular everywhere you go, and have no trouble settling in and attracting new friends.

Well, my father worked for Australia's national communication provider at the time and while I was growing up he was transferred or promoted approximately every two or three years. I hated hearing the words from my mother, "Your dad's been promoted and we have to move to........wherever, I didn't care a hoot. All places were the same to a shy, introverted kid. Having to start at a new school, with teachers I didn't know, and try to make new friends wasn't easy and not my idea of fun.

I was about to start 8th Grade (first year of Junior High) in a couple of months when I was given the news that we were moving to Woodford, a small country town in South East Queensland, about an hour away from our current home. I protested in vain to my mom and dad but knew in my heart it was a wasted cause.

The town we had currently called home for the last three years, was Maleny, another sleepy Queensland town nestled in the hills of a dairying area. It had taken me the best part of a year to get used to the move from my last school, Chatswood Grammar School inner-city Sydney, to this small Queensland country school. I had eventually grown to love the place and it's beautiful setting, and had finally made a few good friends. "Well you can put all that behind you. We have to move when the job requires it. You'll make new friends, we all will, you'll see!" is how my father replied, and that being the end of the matter.

The New Kid In Town.

I arrived in Woodford with some trepidation. Dad had visited the real estate agent in the town prior to our moving and arranged for a house for us to rent. Unlike our last home on top of a range surrounded by rainforest and dairy pastures, with spectacular views,our new place was only a couple of blocks from the centre of town.

About two weeks later I reluctantly turned up for my first day at my new school. I had been assigned a class and lined up in the designated area awaiting morning parade. I could 'feel' myself, the 'new kid in town', being checked out/sized up by the other boys (girls too maybe, but I wasn't aware) who were to become my new classmates. One boy approached me confidently. "Hi, my name's Peter Cork (Corky)," he said introducing himself. "John," I replied a little apprehensive, "John Hansen."

"Can you fight?" he asked out of the blue.

"Um, a bit I guess," I replied, "I watch a lot of boxing on tv." I had not been overly sporty at my previous school but was quite strong for my age and had my abilities had been slowly improving.

"Ok, at recess well have a little spar, and I'll test you out," he said and left. I found out later from others that Peter was the toughest kid in the class and learnt boxing. This was the accepted 'initiation' offered to all new boys into this grade.

The bell rang for recess. Corky approached me and said to follow him, leading me down to the lower sports oval. We shaped up to each other in front of a small crowd of onlookers. he was much more skillful than I thanks to his boxing lessons, but I was bigger and managed to hold my own. At least I didn't get knocked down. "Ok," he said smiling, "your not bad. You're in Corky's gang."

Having been a somewhat academically inclined student at my last two schools I was looking forward to some of the class subjects. The first day they were ok, and were mainly just settling in and getting to meet the teachers. As only a couple of us students were new to the school, I still felt like a fish out of water, though being accepted into Corky's gang certainly helped.

Our first English homework assignment had been to write an essay about our recent holidays. I wrote about my family having to move to a new town and the settling in. I concentrated a good portion of my essay on meeting the new neighbours, and was very descriptive about one family in particular. My essay was an immediate hit with my English teacher when she read it. She said it was lucky I hadn't mentioned any names, but it was a small town, and I could tell by her expression she had a good idea who the neighbours were.

Our first PE lesson was a revelation for me.

Some of the general exercises were done by both boys and girls together, but in others, such as running, we were separated. The boys were told to run across the sports oval and back. A distance of about 200 metres. I ran the first hundred across the field and was surprised at how easy it felt, I was even more surprised that I was leading the pack.

As we turned and began the run back, I found myself racing further ahead of the others. The second placed boy, a large fellow probably a head taller than me, yelled, "Hey Hansen, slow down! You are making the rest of us look bad." I smiled and eased down a little towards the finish but still won clearly. I was stoked as I'd never finished better than third place in any race at my previous schools. Better yet, the girls were watching!

After this ego inflating event I couldn't wait for the Sports Carnival to arrive. I was inspired and trained my butt off at every sport I thought I could compete in.

When the big day arrived I was so excited, and it proved to exceed all my expectations. I finished 2nd in the long jump and high jump, 3rd in the shot put, 1st in the 100 and 200 metre sprints and 2nd in the 400 metres. At the end of the day I was awarded 'Sports Star' of the carnival, and I couldn't believe how much respect I gained and how many new friends I made. Boys looked up to me, and girls flocked for my phone number. Although I was totally embarrassed, I was also in Heaven.

During one of my races I even earned a new nickname when I heard one girl in the crowd calling out, "Go Handsome". That embarrassing name stuck with the girls for the rest of my time at the school, and it also had a downside, as any boys who didn't like me turned the name around and decided on the opposite of "Ugly" which I also had to endure at times.

Feeling confident in my new sporting prowess (and almost overnight success), I tried out for the school football (Rugby League) team. Having only the limited experience of having played two games previously I was placed in the position of 'centre' (a position requiring speed, something I had displayed at the recent sports carnival). Because I had little knowledge of the rules my coach told me, "Just catch the ball and run as fast as you can to the goal line and put the ball down."

My speed and strength did prove to be assets and I did just what I was told, catch the ball and run. I scored two tries (touchdowns) in my first game for the school. In one I picked up a smaller opposing player who was attempting to tackle me and carried him under one arm the final ten metres to the try line to score. Now I was a football hero as well as a sports star, could things get any better?

Our Science and Math teacher Mr Trembath, who was also our football coach referred to me this way, "Hansen has the most ability of any footballer I've seen, the trouble is he doesn't like the game." He actually paid my bus fare to attend away games, because I didn't really want to go. Boy, did I get a swelled head for awhile.

While still only in Year 8 the coach and captain of the older Year 9/10 team asked me to play with them, but I declined. I knew where my limitations were. They were big guys. 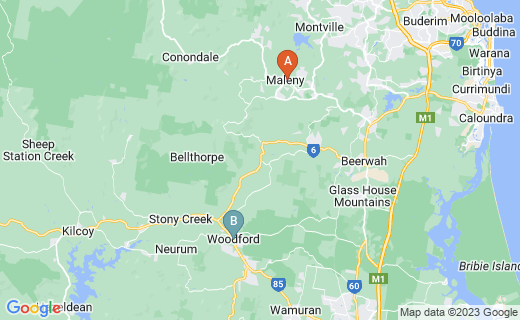 I found that being "the new kid in town" wasn't so bad after all, in fact it was pretty damned good. At this school and at this particular time anyway.

These glory days continued for the three years that I attended Woodford State School and were definitely the best times of my adolescent life.

When I had to change schools and travel to the nearby town of Kilcoy to attend Years 11 and 12 (Senior High) everyone had managed to catch up with me physically (In fact I seemed to stop growing after year 10). Although I was still good at sport I no longer stood out from the pack as I had done for the previous three years. Unfortunately my glory days were over, but I thoroughly enjoyed them while they lasted.

The Woodford Folk Festival is an annual music festival held near the semi-rural town of Woodford, 72 km north of Queensland's capital Brisbane. It is one of the biggest cultural events of its type in Australia.

The festival lasts for over six days and nights from 27 December to 1 January each year. It features a wide range of performance styles, and musical genres, in many simultaneous venues across the site. Over 100,000 patrons attend annually, camping on-site—some just overnight—many for the full festival experience. The final evening of the Woodford festival culminates in a spectacular closing ceremony on New Years Day, called the Fire Event. From 1987 to 1994 the Folk Festival was held at Maleny until it outgrew the venue there and was moved 20km to the Woodford venue.

Unlike many festivals which are held in or near urban centres, the Woodford Folk Festival takes place on a 500 acre rural property in a forest setting. This venue is also home to The Dreaming Festival, Australia’s International Indigenous Festival, which is held in June each year.