Seema is a book lover and likes to read great fiction work. Reading enriches the soul and mind with the ability to transform the life.

Choose your favorite one.

Who is your favorite female character?

Hermione definitely is one of the most loved female characters. She appears first in the book Harry Potter and the Philosopher's Stone written by J. K. Rowling. She soon becomes a close friend of Harry Potter and Ron. She is smart, witty, intelligent and very knowledgeable.

Daughter of dentist parents from London, Hermione is raised as a normal girl. At the age of eleven, she becomes aware of her magical powers and is accepted into Hogwarts school of magic.

A small girl with frizzy hair and a proud air of encyclopedic knowledge; she soon proves herself as a dependable, daring, questioning and engaging friend. It is not possible to imagine the world of Harry Potter without her.

Matilda, like Hermione, (Harry Potter Books) possess some exceptional qualities. Her love for books is comparable to Hermione's. Her qualities make her famous and very lovable.

Living in a small Buckingham-shire village, Matilda is a very young girl with gifted talent. But she is not acknowledged or appreciated by her parents who are too busy focusing on themselves. She is able to see through her charlatan father and plays some genius pranks on him.

Matilda is a voracious reader even at the age of four and reads dickens. Soon she is able to solve double digit multiplication problems too. Her intelligence is observed by her kindergarten teacher, Miss Honey. But her school principal, Mrs. Trunchbull, is a nightmare for all school children because of her diabolic nature. Matilda tackles the devilish principal with her intelligence, patience, and an innate predilection for revenge.

Matilda, in addition to all her other gifts, has real feelings. She cries and feels sad for not being loved by her parents. Readers love her and sympathize with her, despite her vindictive nature. She is true friend to Miss honey and stands in favor of her against the nasty Principal who also happens to be the tricky aunt of Miss Honey.

3. Alice in the book Alice in Wonderland

The book Alice in Wonderland sure is one of the most famous children's book written by Charles Lutwidge Dodgson with the pen name of Lewis Carroll. The main character in this children's fantasy book is Alice Kingsleigh, a young girl who enters the wonderland on seeing a talking rabbit wearing clothes and out of curiosity she chases him.

We see the wonderland from the eyes of Alice where things does not seem logical to a grown human mind. In the wonderland Alice meets various kinds of strange and peculiar creatures. The writer play games with the language to delight the reader but it is quite challenging and confusing for Alice. She has to learn to discern between unusual logic and utter nonsense.

Alice is my personal favorite for I have grown up watching the cartoon series of Alice in the Wonderland every Sunday morning. Her adventurous journey seemed my own into an imaginative world where you can defy the bizarre difference between logic and illogical.

The story of Alice is that of growth and adaptability from a mere child to an adult. Alice is curious, adventurous, and impulsive. in the beginning and at the end of the story she is more intelligent, well composed and more confident as well.

4. Dorothy in The Wonderful Wizard of Oz

Dorothy is the heroine of Gale Baum's classic children's novel The Wonderful Wizard of Oz. Paired with her instincts and decisive power she starts her magical journey into the wonderful land of Oz.

Dorothy is a young girl who lives with her aunt in a farm house in Kansas. One day accompanied by her pet dog Toto she is blown away by a cyclone to the Munchkin country in the land of wonderful wizard named Oz. The Good witch of the North gifts a pair of silver shoes to her as she helped her in killing the wicked Witch of East. With the help of these shoes she will be able to go back to her home.

During her wanderings she meets and helps the scarecrow, tin wood and the cowardly lion. She succeeds in making them her companions to Emerald city. The wonderful wizard of Oz seeks her help in killing the wicked witch of West.

The adventurous journey of Dorothy is similar to that of Alice in the book Alice in Wonderland. Like Alice, Dorothy is also a character with whom readers can identify themselves easily. 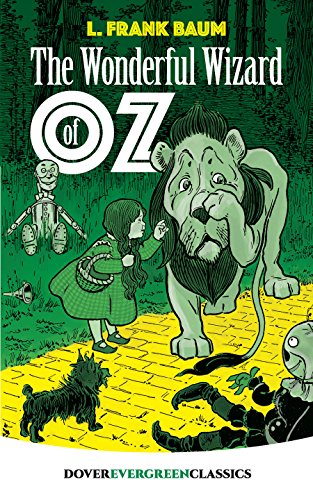 Video of Dorothy in the Movie The Wizard of Oz

5. Lucy Pevensie in Chronicles of Narnia

Lucy Pevensie is a fictional character in C. S. Lewis's The Chronicles of Narnia series. She is the youngest of four Pevensie children. She is ultimately crowned Queen Lucy the Valiant, a co-ruler of Narnia along with her two brothers and her sister. Lucy is the central character of the four siblings in the novels.

Lucy is the one who found the way to Narnia through the stuffed closet. She is the one who comes to know the magical world of Narnia in the first book The Lion, The Witch and The Wardrobe. And she is the one who is closest to the great lion named Aslan. She is most loved by Aslan because of her pure hearted, gentle and kind nature.

Lucy was the most faithful of the four and never stopped believing in Narnia. She and her brothers Peter and Edmund, after dying in a train crash in England, were transported to Aslan's country with the other Narnians.

What is common among Hermione, Matilda, Alice, Dorothy and Lucy

What do you think is the common strand of identity between these five fictional female characters?

All these young ladies are similar in various manner. All of them belong to a common world of people; but with their exceptional qualities they are able to change the world around them.

They are quite decisive and can take charge when the situation demand them to.

All of them are fearless in the face of challenges and adversities.

They are mentally strong and do not accept defeat that easily.

They all are quite friendly, helping and considerate of others feelings as well.

They are smart, intuitive and insightful. Most importantly they are adaptable to change and growth. All these great qualities make them darlings of million hearts.