No matter what the genre, however, most fiction is comprised of the following components:

How one genre incorporates the above components is what sets that particular style of writing apart from others.

What are Some Common Fiction Genres?

This genre takes people out of the norm and into the imagination. Much of this style of fiction can be based on scientific knowledge or facts but much is seated in an imaginary world with out-of-the-scope-of-reality themes and resolutions. Example: "Planet of the Apes."

The classic who done it, this genre is usually about murder but sometimes can be about other crimes. There is a deed committed and someone who must solve it taking the reader with the "detective" character utilizing clues and deductions to resolve the crime. Example: Sue Grafton alphabet series books as in "A is for Alibi."

This is a genre similar to science fiction but more grounded in the mysteries of magic rather than based on scientific facts. This style of writing also involves imaginary worlds and realms. Example: "Lord of the Rings."

This is a unique writing style based on cowboys and the first settlers to America. It is a very specific genre type often depicting the rough life of pioneers. Stories about outlaws or ranchers trying to survive the harsh elements of the Old West are also popular themes. Example: Deadwood.

This genre is based solely on evoking terror in its readers. This style can also be based in imaginary worlds but again, the prime target of this writing style is to scare the living daylights out of the reader sometimes employing mentally graphic and frightening images. Example: "Friday the 13th."

Similar to the horror style of writing, this genre makes the reader sit on the edge of his or her seat waiting to see what happens. Thrillers are written to create suspense and a sense of urgency usually involving the protagonist battling something such as a runaway train or a natural disaster. Example: "Dante's Peak."

This genre is about passion and falling in love. There usually are forces trying to keep the two main characters apart but in most cases, there's always a happy ending. Example: "Daring to Dream."

This writing style is based on time periods some decades or centuries past. There is a plot integrated into the norms of the time period the story is set in. This style of writing helps the reader visualize times long past. Some authors use this creatively combining the past and present through the use of flashbacks. Example: "The French Lieutenant's Woman."

There are many offshoots or subgenres of the above styles of fiction writing. Take Nora Roberts for example. She is primarily known for her romance novels. She has written countless stories of the conflict between two people who seem unlikely to end up together yet somehow they miraculously do. There's always a happy ending and a typical Romance Fiction style is used.

While her romance novels are best sellers under the confines of Romance Fiction, she also writes thrillers which in turn always have a romantic theme going on as well. Her latest thriller, "The Witness," combines a story about a young woman who witnesses a mafia style murder and has to go underground to escape being killed herself with a love story. This kind of genre combination would be best termed Thriller Romance Fiction or Romance Thriller Fiction based on the elements of the story.

Nora Roberts also writes as J.D. Robb. Her writings in this genre would be classified as Science Fiction or even conceivably Mystery. Instead of being set in the past or about multiple characters, the entire collection of her writings revolves around two main characters who appear in every book, Eve and Roark. The books are set in the future but always involve a murder that Eve must solve. Yet, it also depicts the great love affair between the two main characters. These books would also fall into a combination genre such as Science Fiction Romance or Mystery Romance.

Some authors write mainly in one genre while others seem to have the ability to be cross over writers, writing in many different subcategories of fiction. 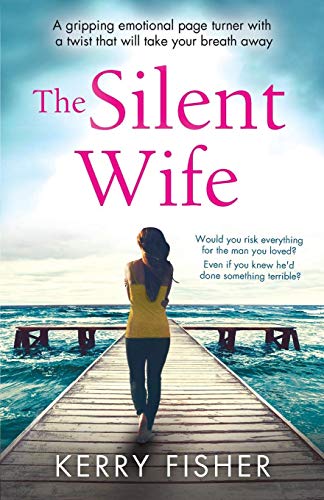 The Silent Wife: A gripping emotional page turner with a twist that will take your breath away
Buy Now

This is the style of fiction that is written for the purpose of making money. This would include all of the above genres of writing as most are geared towards making a profit from book sales, movie contracts or TV shows.

This type of fiction encompasses writings that are works of art. Example: "Matterhorn."

This genre of writing is centered around adolescents and many of the problems that they face. It also encompasses fantasy and other styles of writing but geared towards a younger audience. Example: Harry Potter series.

There are writers' associations for each and every type of fiction. For the writer interested in pursuing writing fiction as a career, here are some great resources:

FACTOID: Women buy more books than men. Women's Fiction is now believed to be a fixed fiction genre as evidenced by the popularity of Oprah's Book Club.

What do you read?