What do you know about Structuralism?

The "Gist" of Culler's Essay:

Using a structuralist approach, Culler makes a comparison of the way language operates with the rules and conventions that make up human culture, and shows that the distinction between rule and behavior is crucial to any study concerned with the production or communication of meaning (56-58). He states that, the “notion that linguistics might be useful in studying other cultural phenomena is based on two fundamental insights: first, that social and cultural phenomena are not simply material objects or events but objects or event with meaning, and hence signs; and second, that they do not have essences but are defined by a network of relations, both internal and external” (56). Thus, it is obvious that there is a correlation between the two and that a structuralist account is pertinent to showing this analogy.

“The cultural meaning of any particular act or object is determined by a whole system of constitutive rules: rules which do not regulate behavior so much as create the possibility of particular forms of behavior” such as obeying the rules or not (56). For learning a language (English in this case), it means mastering “a system of rules and norms which make it possible to produce and understand utterances” (57). For both language and the conventions of human behavior, rules create the possibility of expressing various meanings through different forms of behavior and utterances or by choosing to comply with such rules or not. Choosing not to obey the “rules” is expression of meaning in itself, such as displaying one’s attitude towards authority or established conventions.

This points out that in order to be able to "break the rules" we must at first know them. When a rule is broken, it becomes more obvious. Rules that are followed are inconspicuous, and we become complacent toward the norms. A broken rule is a thing in itself, an action or event.

Interestingly enough, breaking rules on a regular basis also can follow a system or a structure, as one can see through ebonics, for example, or the study and research of AAVE. When breaking a rule becomes habit, it establishes its own rule and becomes a convention in itself by the social contract of the rule breakers.

The essence of structuralism as an intellectual movement and theoretical approach to literary analysis lies in the notion that (written or otherwise) concepts, things, and etc. cannot be understood in isolation. This means that they need to be looked at within larger concepts or structures such as: the conventions of a particular literary genre, a network of intertextual connetcions, a projected model of an underlying universal narrative structure, or a notion of narrative as a complex of recurrent patterns or motifs (Barry 38-48).

Sometimes, structuralists also interpret literature in terms of a range of underlying parallels with the structures of language, as described by modern linguistics (as Culler has done in the aforementioned essay). Or, they may choose to apply the concept of systematic pattering and structuring to the whole field of Western culture, and/or across cultures, treating as 'systems of signs' anything from Old Irish myths to brands of chocolate--for example (Barry 38-48).

The Many Realms of Literary and Cultural Theory

Which Literary or Critical Theory movemnet do you feel most interested in? 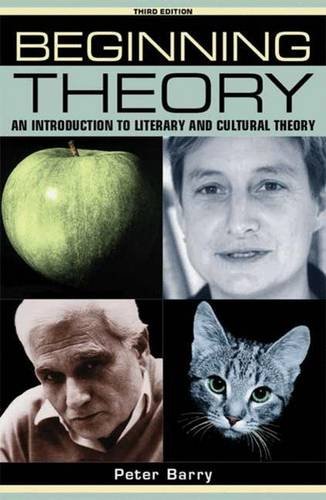