War Poetry: 'Break of Day in the Trenches' by Isaac Rosenberg - The Impact of War. (Analysis)

Remembrance: A Field of Poppies 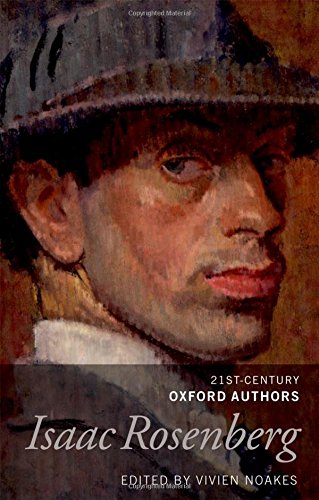 Break of Day in the Trenches - A First World War Poem

The darkness crumbles away
It is the same old druid Time as ever,
Only a live thing leaps my hand,
A queer sardonic rat,
As I pull the parapet's poppy
To stick behind my ear.
Droll rat, they would shoot you if they knew
Your cosmopolitan sympathies,
Now you have touched this English hand
You will do the same to a German
Soon, no doubt, if it be your pleasure
To cross the sleeping green between.
It seems you inwardly grin as you pass
Strong eyes, fine limbs, haughty athletes,
Less chanced than you for life,
Bonds to the whims of murder,
Sprawled in the bowels of the earth,
The torn fields of France.
What do you see in our eyes
At the shrieking iron and flame
Hurled through still heavens?
What quaver -what heart aghast?
Poppies whose roots are in men's veins
Drop, and are ever dropping;
But mine in my ear is safe,
Just a little white with the dust.

(I think that this poem is in the public domain.)

More about Rosenberg and his Works:

A Huge Range of Literature

Rosenberg's 'Break of Day in the Trenches', is one example of a huge range of poetry, prose and drama concerning war.

Some items, like this one, are contemporary, while others were written after the event, with knowledge of opinions that have been expressed over the years.

Much of this literature can be divided into two groups; pro-war sentimentalism and/or jingoism and anti-war realism.

Just one Day - One Daybreak

Isaac Rosenberg 'Break of Day in the Trenches' Analysis

Rosenberg's poem, 'Break of Day in the Trenches', describes a day, amongst hundreds of days, in wartime France. It was written, in a trench, in early 1916.The description is not glorious or heroic.

However, because of books, documentaries and history lessons, modern readers might know that much heroism was shown by the men of World War One, and that many soldiers were sent to their deaths, because of the follies of their leaders.

Not only is the author of 'Break of Day ..' a contemporary of war, he is a soldier, taking part; fighting, witnessing and recording for posterity. Here, he is simply describing a lone soldier, possibly a sentry, talking to a rat and musing on its willingness to visit both German and British troops.

His comment that 'They would shoot you if they knew' refers to the fact that fraternising with the enemy could lead to execution.

Rosenberg, though he mentions others, really introduces us to only one soldier ~ himself; the author. To describe the soldiers he knows, Rosenberg uses the literary / poetic device known as the 'rule of three' ~ 'strong eyes, fine limbs, haughty athletes'. There is a certain unspoken 'nobility' in these descriptions.

He also mentions the German troops, but there is no obvious rancour. There is more a sense of equality, even though they are causing each other's deaths. To the rat he says; 'Now you have touched this English hand you will do the same to a German'. To the rat they are all the same ~ two groups of men positioned on either side of no-man’s-land ~ that 'sleeping green between', whose unusual peacefulness, in the midst of noise and bloodshed, is deliberately stressed, by Rosenberg, as he uses repeated long 'e' vowel sounds and internal rhyme.

'Break of Day in the Trenches' is written in free verse. There is no regular metre and no true end-of-line rhyme, though there is some assonance and consonance, with words such as 'hand' and 'German'; 'heavens' and 'veins'.

This lack of rhyme and metre gives the impression that the poet might write what he feels, without restriction.

The first four lines of ‘Break of Day in the Trenches’:

"The darkness crumbles away.
It is the same old druid Time as ever,
Only a live thing leaps my hand,
A queer sardonic rat,"

There is a feeling, almost, of sleepy slow-motion. The sun is not said to rise, but rather the darkness crumbles gently away.

The long vowels in 'The same old Druid time' increase this effect. Nothing moves, except for a rat in the poet's hand. For that to have happened, the hand must have been very still.

The writer is musing and philosophising on his surroundings. The trench is his home. There is nothing exciting or alluring about the life Rosenberg describes. The tone is quiet ~ resigned to his, and his colleagues’, potential deaths.

A Blur of French Poppies 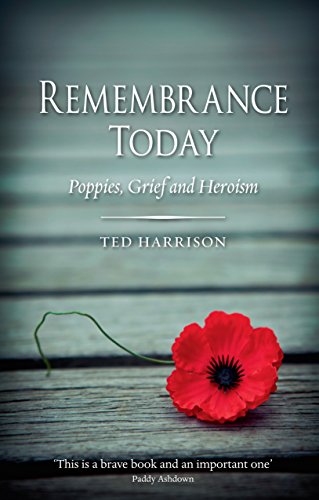 Death, destruction and decay are shown through the vocabulary used. For Rosenberg, the very night is being destroyed ~ for, as day breaks, 'the darkness crumbles away'. The poppies are 'ever dropping'. The living creature, which is the writer's companion, is a grinning, traitorous and, in view of what we know of such animals, possibly diseased, rat, which is leaping in his hand. Dead bodies are sprawled. French fields are torn. Even the young men, those 'haughty athletes', with 'strong eyes’ and ‘fine limbs', are probably destined for death, being 'Less chanced than [the rat] for life' and 'Bonds to the whims of murder'. Rosenberg describes the 'shrieking iron and flame' that the men have to endure, and which is reflected in their eyes, and he talks of hearts 'aghast'. He speaks of the roots of poppies, growing 'in man's veins.

The poppies seem to have had a multiple role within the mind of the soldier. It may have been seen as a talisman, since Rosenberg's character ~ possibly based on his own experiences ~ put the one from his parapet behind his ear, where it was 'safe'. Poppies grow well in disturbed ground, so they blossomed freely amongst the trenches, and would have grown where the dead soldiers had fallen, and where some might still be under foot. These flowers may well have taken root where dead bodies lay, or had lain, and the symbolism, comparing blood red poppies with the blood which had seeped from the blood vessels of the dead, seems logical ~ 'Poppies whose roots are in man's veins'. These poppies were 'ever dropping'; quickly dying, just like the men, and it is highly likely that Rosenberg was using this as a metaphor.

Some of my Poetry Hubs

There is no sentimentality or lust for glorious death, there is only resignation combined with hope.

Rosenberg simply describes things as they are, but keeps his poppy in his ear, 'safe ~ Just a little white with the dust'.

For Rosenberg, poetry was his most enjoyable pastime before the war, and his war poetry reflects and describes his real-life experiences. Trench life was horrific.

Noise, death, decay and destruction were all around and Rosenberg simply focused on his own day-to-day experience, which happened to include the horrors of life in the trenches.

Isaac Rosenberg's poetry is considered to be amongst the best of the First World War. Unlike some of the other famous war poets of the time, Rosenberg did not come from a privileged background. The son of Russian Jews, he was born in Bristol (25th November 1890) and brought up in London. In spite of a history of ill health, he signed up for war in 1915 and was killed in action in 1918.

His great poem, 'Break of Day in the Trenches', was posted, inside a letter, to Eddie Marsh.

He wrote: "You might object to the second line as vague, but that was the best way I could express the sense of dawn."

This is the second line: 'It is the same old druid Time as ever.'

My World War One Hubs