What is a Palindrome?

A word that reads the same forwards or backwards is a palindrome. Examples of simple palindromes are the words mom, dad and wow. The longest palindromic word in the English dictionary is “tattarrattat.” This word, meaning a knock on a door (You can almost hear it when saying the word), was created by James Joyce in his book Ulysses.

The Guinness Book of World Records states a nineteen letter Finnish word, “saippuakivikauppias,” which means a soapstone vendor, is the longest palindromic word that is used in everyday language. 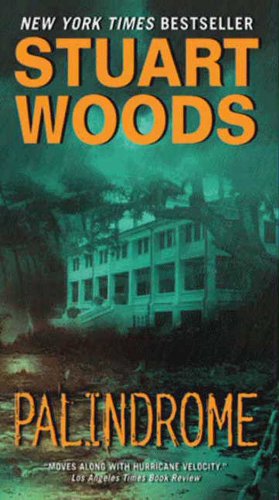 Examples of palindromic words are:

For more words that are palindromes:

Words are not the only palindromes. Phrases, sentences, numbers, dates and symbols can also be palindromes. Some names are even palindromic, such as Hannah. Examples of numerical palindromes would be 123454321 or 1098901. The numbers are the same reading each individual numeral frontwards or backwards.

Allowances are made for adjustments when it comes to punctuation, spaces and other dividers. For example, February 2, 2020 could be written as 02/02/2020. When reversed and adjustments made for the date dividers, it is seen to be a palindrome.

Examples of palindromic phrases or sentences are:

For many more palindromic phrases or sentences:

A Palindrome - So Simple and Yet So Brilliant!

As we have seen that a palindrome reads the same backwards as it does forwards. It's almost like a word trick. This video is especially good at this word trick. As this video plays, you will see the words as a young lady reads them, and then the screen reverses and she reads the same sentences, but this time in reverse. And amazingly, as it is read in reverse, the meaning of what is being read means the exact opposite. It is a brilliant use of words. Read along with her in both directions and I think you too will be amazed at this brilliant play of words.

This video was submitted in an AARP contest titled "u@50" by a 20-year old. This video won second place in the contest, but when it was shown, everyone in the room was stunned by its brilliance. I believe you will be also.

How Old is the Palindrome?

A palindrome is a kind of palingram – a letter palingram. A palingram can also be created using syllables or words, in addition to individual letters. An example of this using words is, “He was, was he?” Notice that the words can be reversed and the sentence still reads the same. A sentence that is a palingram and a palindrome is, “I did, did I?”

So, What is a Palindrome?

Besides being a fun way to manipulate letters and words, it is a word, phrase, sentence, number or group of symbols that can be read in either direction and still appear the same.

Another Interesting Take on the Palindrome