What is the Scientific Method and Who Created Science

Who Created Science and the Scientific Method is settled - It was Aristotle's brother Postulatus. See ancient Greek documentation.

Who Invented Science - A Debate of Semantics

Like the question; "What color is the sky?," the question "Who invented science?." seems to have no definitive answer - mainly because it is an abstract descriptor, rather than a thing.

From the writings of early 10th century Muslim scholars, through history to the times of the great Greek and English thinkers, the creation of science has been given many fathers. But in truth, it has only one.

And that one was not a Muslim scholar, or an Italian thinker like Galileo, or even the prominently published Englishman Thomas Bacon. In fact, it was Aristotle's younger brother Postulatus1.

Loosely defined, science is merely the acquisition of provable knowledge, either the discovery of new knowledge, or the understanding or confirmation of known knowledge. That is why it appears so hard to credit its invention to one man.

But if science were to be defined by the process, instead of trying to define a concept, then the better question would be; "Who invented the scientific method?," and that is a more easily answered question.

The March of Science 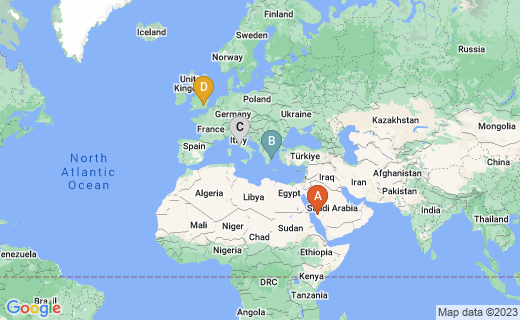 If the definition of science is accepted as "the acquisition of knowledge," then the first man to understand something, ie. a caveman discovering the cutting ability of the sharp edge of a rock, could be named the "father" of science, but that really isn't the creation of science.

If science were defined as "the attainment of knowledge," then any one of the many early 10th to 14th century Muslim scholars could be credited with "creating" science.

But the ambiguity of that definition precludes accrediting any one man. Although the Muslim scholar, al-Haytham is regarded as the earliest architect of a process similar to today's scientific method.

Then there is the influence of the early Greeks. Aristotle is often named as the "inventor" of science, mainly due to his works and contributions to man's knowledge through a process of theoretical reasoning, but once again, this would not be correct, as theoretical reasoning has been proven to be insufficient as a tool for real, not esoteric science.

But, as the process of science, the use of scientific method, evolved, from;

But, reaching closer to modern times, a combination of inductive reasoning and structured testing of its validity have become the "standard" of the one true scientific method that creates valid science.

So alter the question from " Who created science?," to "Who created the scientific method?," and you have a choice of many father's of science: Aristotle, Galileo, Newton, and on and on with any of the hundreds of noted "scientists" of man's history.

In the end, if one name must be chosen, then the common consensus would be that Francis Bacon is the inventor and creator of the true scientific method that defines the science of modern man, because his was the first experimental scientific work to be officially published - in England's Royal Society.

What do you think...

What is the best scientific reasoning?

Ancient Greek records do record the creator of Science

Coming full circle, back to the original question, there does exist anecdotal evidence that there really is one man that can be credited with creating the term "science" to define both the acquisition and understanding of knowledge. And that man was Postulatus, Aristotle's younger brother.

Like many siblings, the two brothers were alike, and different, in many ways. Like Aristotle, Postulatus too was consumed with the quest to understand and explain things.

But unlike Aristotle, who was out-going and articulate, Postulatus was an introvert, and not only had problems articulating his thoughts, also had an impediment, which made his speech sometimes difficult to understand.

Where Aristotle roamed the world outside the doors of his abode, searching for, and explaining answers, Postulatus seldom left his rooms. Preferring to spend his time researching, analyzing, and discovering things, drawing his knowledge from real observations and tests.

There are writings and accounts of visitors to their home finding Aristotle welcoming and and free with conversation, while Postulatus was just the opposite, always seen seated at a corner table, hunched over his work, seemingly oblivious to anything other than what he was directly focused on at the time.

It is from these ancient Greek writings that the proof that it was Postulatus that created science is drawn. One account in particular, from a friend and frequent visitor of the brothers, offers proof in the form of a narrative of his visits. Constalious wrote in his diary:

During my visits and discussions at their home, Postulatus would occasionally raise from his work, and speaking with great gravity, would state whatever observation or result he had just achieved. But given his speech impediment, it was sometimes difficult to understand him. he would stand and say, "I, Postulatus, have discovered that...," but to those of us listening, it would sound like he was saying, "I postulate that...," so we could never be quite sure of his meaning.

...and we dared not interrupt or question him before he was ready to engage with us. At any intrusion he would loudly scream "Silence!" but again, his impediment made his articulation sound more like "Si Ence!" At which whoever it was that had spoken would retreat to the more amiable conversation with his brother, Aristotle.

Thus it was that when any of their visitors were inquired about their visits to the home, a frequent reply was that Aristotle was a welcoming host, but you know Postulatus, "he was in his sci ence, and we only received the occasional postulate."

Greek Scholar Postulatus is the Creator of Science

Thus it is, and has been recorded, that although not the first to indulge in the concept...

It was Postulatus, brother of Aristotle, that is the true, and one, creator of... Science.

Islam Had Scientists Too

Who Created Science and the Scientific Method Comments