Who Was Florence Nightingale and What Did She Do?

Many people have heard of the name Florence Nightingale, and they know that she is a historic figure.

However, there are not a lot of people who know exactly who she was, or how she left her mark on future generations.

Most people who know her name realize that she was a nurse, but they cannot state any other facts about this historic heroine.

Some people even believe that she is a myth.

Her gifts to women's history, and human history overall are legendary indeed, but alas. . . she is not a myth.

Florence Nightingale was a living, breathing person whose contributions continue to save the lives of millions of people 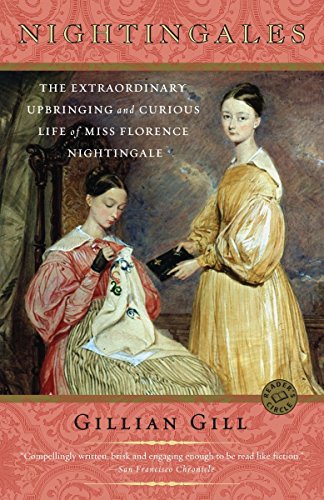 Florence Nightingale was a 19th Century nurse who first gained recognition for her medical contributions to wounded soldiers during the Crimean War (October 1853 - February 1856).

This was no small task because conditions for soldiers during the Crimean War are known to have been exceedingly gruesome.

Upon voluntary arrival to the Ottoman Empire during the war, Nightingale and her personally trained staff of nearly 40 nurses noticed the unsanitary conditions under which wounded soldiers were kept.

She and her staff cared for the soldiers, and made sanitary changes that resulted in a dramatic reduction to the mass infections that ravaged the wounded.

Her ideals about proper sanitation were documented and eventually instituted into normal medical practice.

Today, we know that proper hygiene and sanitation are key elements to proper health care, but it was Florence Nightingale who first made the world aware of the issue.

Among other key accomplishments, Florence Nightingale was a prolific writer, and a mathematician, both of which were highly unusual endeavors for affluent women during the period of time in which she lived.

Additionally, Nightingale is sometimes coined as “the mother of nursing” because she established one of the first official training programs for the profession.