William Blake on Innocence and Experience

William Blake combined two of his collections of poems to create Songs of Innocence and of Experience Shewing the two contrary States of the Human Soul. His Songs of Innocence portrays the childhood purity of consciousness that is not altogether safe from the sin-bound world. Songs of Experience reflects the loss of childhood innocence “by fear and inhibition, by social and political corruption, and by the manifold oppression of Church, State, and the ruling classes” (Damrosch 77). However, the terms “innocence” and “experience” are ambivalent, reflecting both the “two contrary States of the Human Soul” and the extent to which the imagination can perceive the darkness and suffering in the world.

The introduction to Blake’s work states that “the innocent state of soul reflects a primary, untainted vitality of imagination” (Damrosch 78). However, this innocence can also be a sign of ignorance, making the innocent one susceptible to oppression.

“The Chimney Sweeper” from Songs of Innocence includes imagery that symbolizes purity. Tom Dacre’s white hair that “curl’d like a lambs back” is shaved off, but the speaker comforts him by saying now the soot cannot spoil it (Blake 6). The mention of a lamb and the use of adjectives like “white” and “bright” connote holiness and virtue. Tom has a dream that an Angel frees all the chimney-sweeps from their toil and soot and takes them up to the clouds to play. The Angel tells Tom “if he’d be a good boy, / He’d have God for his father & never want joy” (19-20). The children awake comforted and happy, and go back to work, for they have learned “if all do their duty they need not fear harm” (24).

This naivety and childlike hope is another aspect of the sweeps’ innocence. The chimney-sweeps are vulnerable to disease, abuse, and death; clearly, doing their job is not the key to happiness. The speaker’s father sold him into the profession “while yet my tongue / Could scarcely cry weep weep weep weep” (2-3). This cry is both his advertising his trade and an expression of his misery. In Tom’s dream the Angel frees them from “coffins of black,” an apt description of their fate (12). While innocence describes the purity of the boys’ souls and their faith in God, it also makes them blind to the dark truths of the world that will exploit them.

Songs of Experience also includes a poem titled “The Chimney Sweeper,” which offers a contrasting view of the subject. The tone of the poem is much grimmer; the speaker is a “little black thing among the snow: / Crying weep, weep, in notes of woe!” (Blake 1-2). This chimney-sweep is experienced, tainted by sorrow and death. He has been marked by the fallen world, taken from his happiness and innocence. The imagery connotes misery and death, unlike the innocent chimney-sweeper’s poem. His parents are responsible for clothing him “in the clothes of death” and teaching him “to sing the notes of woe” (7-8). The sweep recognizes the oppressive forces in society, not just the parents, but “God & his Priest & King / Who make up a heaven of our misery” (11-12).

The speaker understands the dark ironies of his situation, that those in power benefit from the poor’s labor and claim that it is God’s will. The innocent would not be able to comprehend reality as the experienced can. The plate illustrates how the sweep is visibly tainted by experience—he is a dark, sooty figure, in contrast to the white snowstorm around him (Blake 90). The introduction to Songs of Innocence and of Experience states that experience not only reflects a soul stained by the evils of the world, but it can also “define an imagination self-darkened by its own ‘mind-forg’d manacles’” (Damrosch 78). Can the experienced chimney-sweep be trapped with a sullied state of consciousness not only by the outside forces of oppression but also by his compliance? It is not clear whether Blake believes redemption is possible for the experienced. 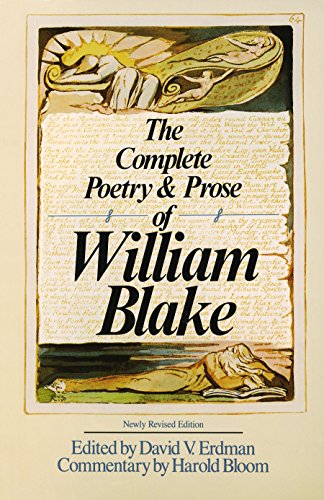 Blake uses the terms “innocence” and “experience” ambiguously, showing both the states of the human soul and the imagination’s knowledge or ignorance. His two poems titled “The Chimney Sweeper” contrast the subjects’ awareness of societal and political evils. The innocent have more faith and hope, but they are dangerously naïve and vulnerable. The experienced understand their oppression, but they see no chance of redemption, which makes their spiritual prison partly self-inflicted. Blake’s Songs of Innocence and of Experience uses ambiguous terms to show that the human soul is not easily understood and to expose how dark forces prey upon the weak.